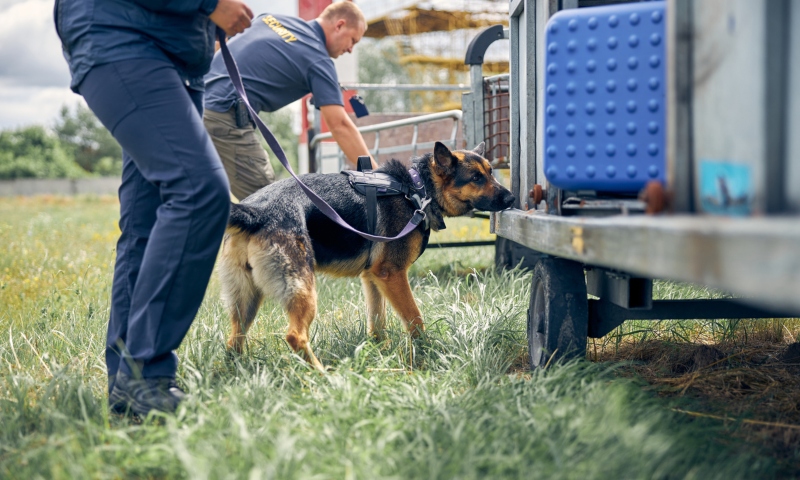 Fifty years ago this month, on June 17, 1971, President Richard Nixon declared a “full-scale attack” on drug use. It was the start of the war on drugs.

Nixon – and many presidents since – have vowed that the war on drugs will save lives. Billions of dollars later, incarcerations and preventable overdose deaths have skyrocketed and continue to rise.

After generations of shattered lives, shattered families and shattered dreams, we must end it now.

Nixon’s war on drugs turned out to be a war on people. Once he saw that there was no political advantage in drug treatment, he declared “all-out war on the drug threat” with a federal drug and sanctions agency. more severe. This helped Nixon target his political enemies.

As advisor to the White House John Erlichman explained“By getting the public to associate hippies with marijuana and black people with heroin, and then strongly criminalize both, we could disrupt these communities.” We could arrest their leaders, plunder their homes, break up their meetings, and vilify them night after night on the evening news.

“Do we know we were lying about drugs?” Erlichman asked. “Of course we did.”

Nixon’s “tough on crime” stance did not save his presidency, but his war on drugs – and its disproportionate impacts on America’s poorest communities – continued. Leaders, from Ronald Reagan to Bill Clinton and Joe Biden, while still a repressive Delaware senator, spent billions on this failed policy, knowing that all it buys from them is short-term political gain. .

The DEA’s budget is $ 3.1 billion today, with several billions more spent on incarceration and the fight against military drugs. Yet 2020 was the worst year in history for overdose deaths.

President Biden now tells us that he wants to break away from the failed policies of the past to improve the lives of ordinary people. It calls for green jobs and infrastructure and greater access to health care. Will he also, finally, call for an end to the war on drugs, and invest in public health measures to save lives?

This is a historic break with the â€œpunish firstâ€ drug policies that have caused so much heartache. It came after People’s Action, a national grassroots network, led more than 200 drug and health-focused groups to call for an end to the war on drugs in favor of evidence-based, grounded solutions. racial and economic justice and compassion.

But so far, President Biden’s approach to drug policy has been one step forward, two steps back. He says he supports the best solutions, but backs off when he fears a political cost – such as when he extended overall fentanyl programming, which increases overdose deaths and imposes severe penalties on users.

Does Biden have the courage to truly end the war on drugs?

Local communities are not waiting for an answer.

Vermont just became the first state to decriminalize small amounts of buprenorphine, a prescription drug that relieves addiction. New York State just said it no longer punish those who carry clean syringes. And in Portsmouth, Ohio, members of the community defeated their police service’s offer buy an armored tank for $ 256,000, so that money can be used to save lives.

But we need leadership from above. President Biden, it is time, once and for all, to end the war on drugs and invest in the best public health strategies that will save lives. It’s yours.

Previously published in other words with Creative common license

Join The Good Men Project as a Premium Member today.

All Premium members can view The Good Men Project without ads.

Need more information ? A full list of benefits is here.

“The Holy See fears the collapse of the country”: Pope Francis to organize a day of prayer for Lebanon