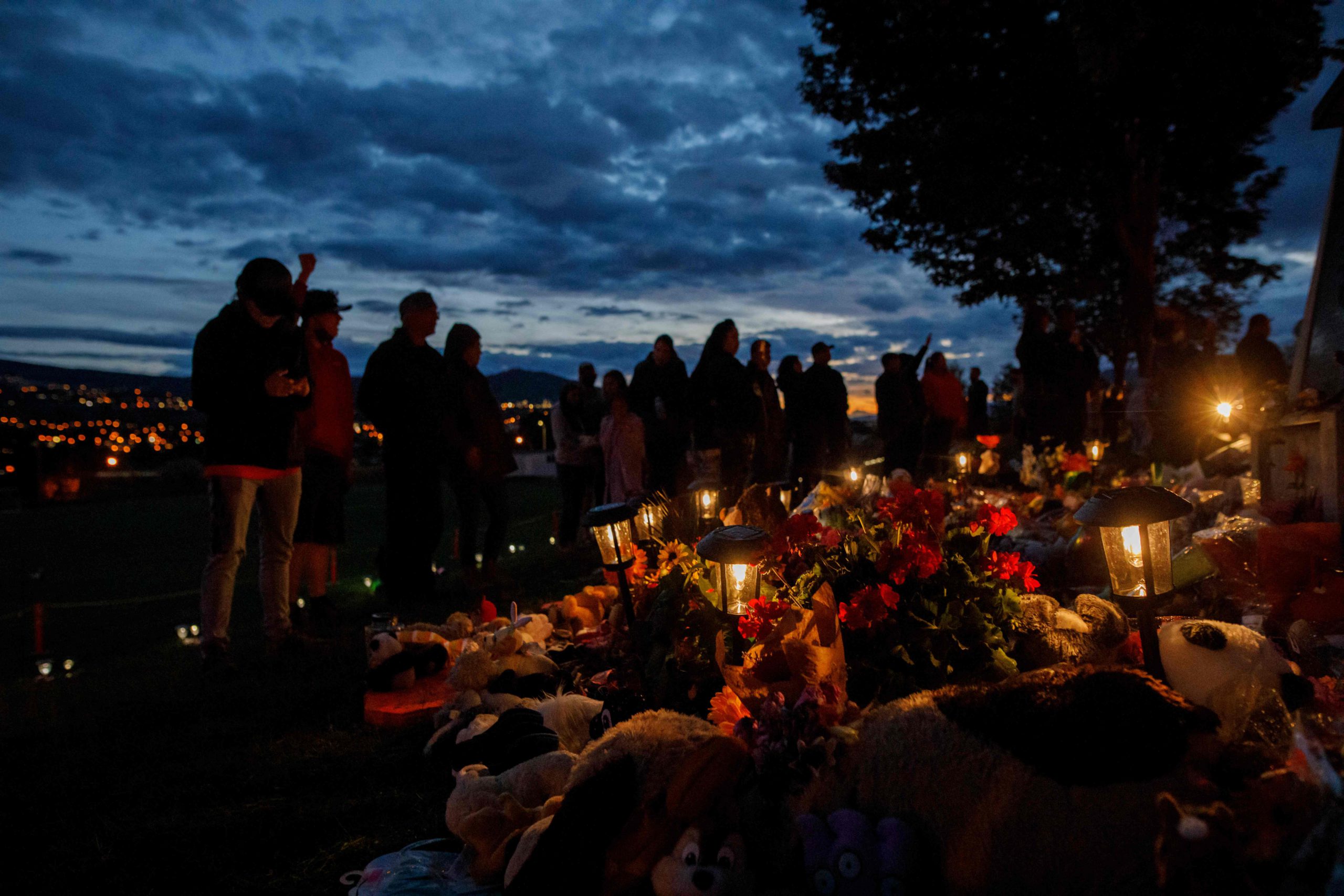 The discovery in Canada of hundreds of unnamed bodies and graves in two former residential schools for Indigenous children has rekindled demands for the Pope to apologize to Indigenous groups for the role of the Catholic Church in several of these centers. However, claims on this occasion are reaching levels never seen before. Not just for the long-awaited apology; also for files and economical repairs.

On May 27, the discovery of the remains of 215 children was announced at the former residential school in Kamloops (province of British Columbia), a site that was operated by a Catholic congregation. This Thursday, Cadmus Delorme, chief of the Cowessess reserve, reported the discovery of 751 anonymous graves on the grounds of the former boarding school in Marieval (province of Saskatchewan). â€œIt’s not a mass grave; These are nameless tombs, â€said Delorme. He also claimed that the Catholic Church removed the tombstones in the 1960s.

Kamloops and Marieval were part of the network of 139 Indigenous residential schools for minors that operated between 1883 and 1996. Some 150,000 children were forced to live in these federally funded centers run by religious groups (over 70% by Catholics). Neglect, corporal punishment, sexual violence and racism were common among them. In 2015, a commission called what happened in these institutions â€œcultural genocideâ€. The commission established in 2019 that at least 4,134 minors died in these centers. Other experts estimate the number to be well over 6,000.

In 2008, then Prime Minister Stephen Harper apologized on behalf of Canadians to Indigenous groups for the damage caused by the internees. Anglican, Presbyterian and United Church of Canada authorities had done this years ago. In May 2017, Prime Minister Justin Trudeau asked Pope Francis to apologize. The Canadian Conference of Catholic Bishops issued a letter 11 months later stating: â€œAfter careful consideration of the request and after extensive dialogue with the Canadian bishops, [el Papa] he feels he cannot respond personally â€. Trudeau returned to the charge on June 4. â€œAs a Catholic, I am deeply disappointed with the decision the Catholic Church has taken now and in recent years,â€ he said.

Two days later, Francis read a message about the discovery in Kamloops at the end of the Angelus’ prayer in the Vatican. He said he felt “hurt” by the discovery and “close to the Canadian people, who have been traumatized by the shocking news.” The Pope said: â€œThe sad discovery makes people aware of the pain and suffering of the past. May the political and religious authorities of Canada continue to work with determination to bring to light the details of this sad story and humbly embark on a path of reconciliation and healing. “

Carolyn Bennett, Minister of Relations with Indigenous Groups, found Francisco’s words “insufficient”. Trudeau said, â€œIndigenous communities want and need an apology.â€ Perry Bellegarde, chief of the Assembly of First Nations of Canada, said several of its members are in talks with the bishops to meet with the Pope in Rome in November. The Canadian Conference of Catholic Bishops confirmed these talks.

Jean-FranÃ§ois Roussel, professor at the Institute of Religious Studies at the University of Montreal, comments: â€œThe official argument regarding the lack of apologies is that the Catholic Church in Canada is not a legal entity. . Some dioceses and congregations took part in the courses, but the Pope cannot apologize for all these groups, â€he explains. â€œHowever, these groups report to Rome, they do not operate independently. I believe that the Pope will not go further than what the conference of bishops tells him, â€he adds.

Massimo Faggioli, professor of theology at the University of Villanova (located in Pennsylvania), testified Radio-Canada that the Catholic authorities are surely listening to their lawyers to avoid an accumulation of lawsuits to insinuate a kind of responsibility with the apologies. Roussel affirms: â€œIt is a constant opinion among observers, but not publicly recognized by the bishops. This is why it is emphasized that the Catholic Church in Canada does not exist â€.

Indigenous leaders are also demanding that the Church fully open its files to help clarify the deaths, a point Trudeau has requested at various times. This Friday, the Oblates of Mary Immaculate (administrators of 48 of the former internships) announced that they would share all their files. Indigenous leaders are also asking the Catholic Church to cover the full amount pledged in the reparation agreements. Of the 25 million Canadian dollars established, they paid only 3.7 million.

There are critical voices within the Catholic womb itself. A petition signed by more than 5,600 people (priests, religious, professors of Catholic institutions, among others) asks the bishops to respond to the demands of indigenous communities. Michael Miller and Marcel Damphousse, Archbishops of Vancouver and Ottawa respectively, apologized and asked FranÃ§ois to do the same. Roussel comments: â€œThe issue of boarding schools has become very important. Bishops want to show unity, but voices that have long thought differently for a long time are already beginning to be heard. There are differences with the official line, cracks are visible, messages to the hierarchy â€.

On June 13, strangers wrote â€œmurderersâ€ and â€œopen filesâ€ on a wall in St. Augustine Parish (Vancouver). This Thursday, a person left their handprints in red paint and wrote â€œwe were childrenâ€ on the front door of Saskatoon Cathedral. In the early hours of June 21, two Catholic temples located on Indian reservations in British Columbia were consumed by flames. They are the subject of an investigation by the Canadian Mounted Police for “arson”. In a statement, the police said that although they are “sensitive to recent events”, they cannot speculate on the motives.

Disclaimer: This article is generated from the feed and is not edited by our team.

Montana, Idaho, Utah, Nevada and Wyoming lag behind on vaccinations