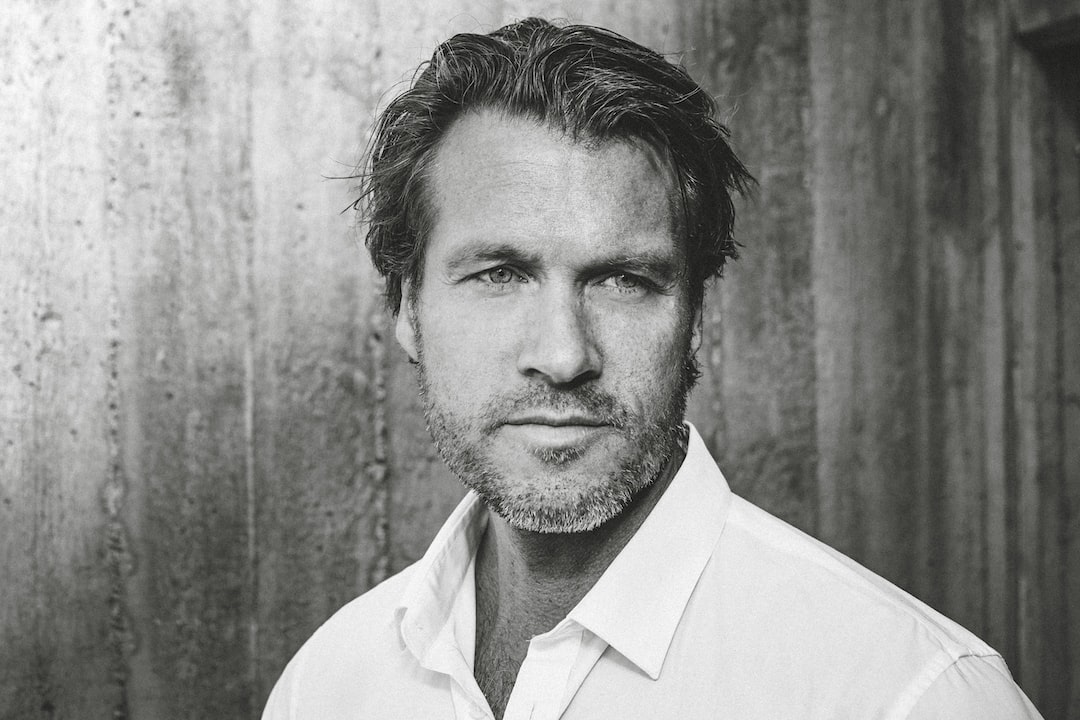 PepsiCo’s boss has explained the company’s reasons for selling a controlling stake in its juice brands.

The company is looking to move from high-sugar drinks – like the one which gives the firm its name – to healthier options.


This joint venture with PAI enables us to realise significant upfront value, whilst providing the focus and resources necessary to drive additional long-term growth for these beloved brands.

In addition, it will free us to concentrate on our current portfolio of diverse offerings, including growing our portfolio of healthier snacks, zero-calorie beverages, and products like SodaStream which are focused on being better for people and the planet.

Frédéric Stévenin, a managing partner at PAI, has an interesting take on juice drinks.

Stévenin told the Financial Times that Tropicana and Naked are “both on the right side, and the wrong side” of consumers’ move towards healthier products.


The juice category has seen lower growth in the last couple of years because of the sugar content. There’s a lot of natural sugar in juice, but there are good things too in terms of vitamins and fibre.

Pepsi’s not the only drinks maker looking to refine its range to move with the times. Rival Coca-Cola has also been streamlining its offering and has discontinued its Coca-Cola Energy brand in the US, and at the start of the year sold its Zico coconut water back to the drink’s founder.

PepsiCo selling Tropicana and other juice brands for $3.3bn

PepsiCo is selling its controlling stake in Tropicana and other juice brands including Naked in North America for $3.3bn.

Pepsi announced it is selling the brands to French private equity firm PAI Partners, as it looks to concentrate on its growing portfolio of health-focused snacks and zero-calorie drinks.

The firm is retaining a 39% stake in the new joint venture, and it will also have exclusive distribution rights for the brands in the US.

PepsiCo has owned Tropicana since 1998, when it bought the juice brand for approximately $3.3bn. It then snapped up Naked Juice in late 2006 for $150m.

A look at some of the action on Asian stock markets today.

India’s main stock indices closed at a record high today as investors bet on the continuation of stimulus in the country, to help it recover from the Covid crisis.

The benchmark S&P BSE Sensex also rose some 1.7% to what Bloomberg called the highest level in data which goes back to 1979.

Investors in Asia’s third-largest economy are also now forecasting a faster-than-expected recovery after the devastating second wave of Covid infections in the country.

India’s central bank makes its next policy decision at the end of the week, where interest rates are expecting to remain on hold at current record low levels.

The Indian stock market rises came on a day of otherwise tentative trading on Asian markets, as investors were rattled by the spread of the Delta coronavirus variant in parts of the region.

On Greggs – a reminder that the company is among those which hasn’t yet repaid the business rates relief received from the government.

Greggs’ chief executive Roger Whiteside said in May in a trading update that it would consider repaying the state aid it received in furlough and business rates relief when “the uncertainty is behind us” and when it knew what its competitors had done.

Clothing and homeware chain Next became the latest retailer to join the ranks of business rates repayers last month. It said it would return £29m to the government after reporting strong revenue growth and hiking its profit forecast for the third time in four months.

Fancy a pasty for dinner?

Ok, it’s not yet lunchtime, but Greggs is thinking about the evening meal as it looks to keep growing the business.

The bakery chain – known for its vegan and meat sausage rolls and steak bakes – is targeting what it calls the “evening daypart” to increase its sales.

The Newcastle-upon-Tyne-headquartered retailer says customers are becoming more used to pre-ordering food, either for delivery or to make sure their choice is available when they “click and collect” it in a store.


Pre-ordering is a market trend that we believe will support, in particular, our ambition to grow sales in the evening daypart, a segment of the market where we are currently underrepresented. Delivery will also have a role to play here, giving customers convenient access to Greggs’ products wherever they are throughout the day.

Greggs is also planning to expand its store network and hire 500 new staff, as the company reported a return to profit in the first half of the year.

The bakery chain reported a £55.5m pretax profit in the 26 weeks to 3 July, as sales bounced back when Covid restrictions eased. The firm has raised its profit guidance for the year and reinstated its dividend on the back of the strong performance.

You can read the full story here:

Producer prices in the euro zone moved higher again in June, driven by another rise in energy prices.

Factory gate prices across the 19 countries which use the euro increased by 1.4% month-on-month in June, which is a 10.2% year-on-year rise, according to data from Eurostat, the EU’s statistical office.

These figures are reinforcing some people’s view that inflation in the single currency area hasn’t finished its current climb.

Energy prices increased by 3.3% month-on-month, representing a whopping 25.4% rise from a year earlier.

However there was a slight respite in the monthly increase in the prices of intermediate goods – such as steel, wood or salt – which rose by 1.3% in June, compared with a 1.7% increase in May. These prices are up 10.6% from June 2020.

Factory gate prices do usually end up feeding through to consumers – and so signal the direction of inflation.

Inflation in the euro zone rose faster than expected in July, hitting 2.2%, which is above the European Central Bank’s 2% target.

Analysts expect inflation to accelerate further in the next few months, with it likely hitting above 2.5%.

However ECB policymakers aren’t thought to be too concerned about this temporary spike in inflation – provided it remains just that – and they’ve said they won’t change policy, as the reasons for the rise, such as higher energy prices, are expected to tail off next year.

That news from BP has seen its shares rise by 2.9% this morning, making it the biggest riser on London’s FTSE 100.

Elsewhere, it’s looking like a mostly positive start to the day on the European stock markets, although the main indices are only nudging slightly higher.

BP has raised its oil price forecasts for rest of this decade, but lowered them for the longer term, writes the Guardian’s energy correspondent Jillian Ambrose.

You can read her story on BP’s results here:

BP to buy back $1.4bn of shares as rising oil price boosts profits

Now for some corporate news.

Oil giant BP is to hand its shareholders a £1bn windfall through share buybacks, while it is also promising to up its dividend by 4% a year up to 2025.

It comes as the firm is predicting a short-term increase in global oil prices before a quicker than expected shift to low-carbon energy.

Rising global oil prices helped BP make an underlying profit of $2.8bn for the three months to June, up sharply from a loss of $6.68bn in the same quarter last year when Covid-19 brought the oil industry to a standstill.

Another word on the IMF – it’s repeated its warnings to countries which are planning to use the digital currency as legal tender.

The IMF has previously blogged on the issue, in an article entitled “Cryptoassets as National Currency? A Step Too Far”.

In it, the IMF warns about the volatility of digital cryptocurrencies, as well as how they can be used by speculators.

It also cautions: “The most direct cost of widespread adoption of a cryptoasset such as bitcoin is to macroeconomic stability”.

The blog doesn’t mention El Salvador by name, but the central American country is due to become the first in the world to accept bitcoin as legal tender.

The country’s congress approved the bitcoin proposal – originally made by its media-savvy 39-year-old president in June – and the decision will take effect in September.

President Nayib Bukele has hailed the use of the cryptocurrency as a way of promoting “financial inclusion”, investment and economic development.

There have been concerns that El Salvador’s adoption of bitcoin could complicated talks with the IMF, where it is seeking a financing programme worth more than $1bn.

You can read more about El Salvador’s plans here:

What they said about the IMF announcement.

Following the news about the IMF’s allocation of $650bn special drawing rights – some campaigners are calling for rich nations to donate their share to poorer countries.

Eric LeCompte, executive director at Jubilee USA Network, a US religious development organisation, said developing countries need more aid to get over the crisis prompted by the Covid-19 pandemic.


Wealthy countries receive most of these emergency reserves and must donate them to developing countries. – Eric LeCompte, executive director, Jubilee USA Network

That view is shared by Labour MP Liam Byrne, who represents a Birmingham constituency.

Byrne wrote in the Financial Times earlier this week that the plan would “only work if the IMF’s shareholders now agree three big steps to move the money out of the vaults and into the assault on poverty”.

The SDR is not a “panacea for poverty”, Byrne wrote. But he said their impact could be maximised.


Richer nations must share all of their new SDRs with poorer nations. Because of the way they are allocated, just 4 per cent will flow to poorer nations. Of the new SDR issue, $623bn is set to flow to richer nations, which frankly do not need it. We need a bold proposal to issue these SDRs without the old-fashioned traditions that meant wealthier countries only share 50 per cent of their quotas. The UK should lead the negotiation. – Liam Byrne MP

Good morning, and welcome to our rolling coverage of the world economy, the financial markets, the eurozone and business.

Overnight, the board of governors of the International Monetary Fund (IMF) approved the largest resource injection in its history to boost global liquidity and help countries which are struggling as a result of the pandemic.

The reserve assets – known as “special drawing rights” – total $650bn (£468bn) and become available on 23 August when they will be credited to IMF member countries.

The lion’s share – around 70% – of the allocation will go to the world’s 20 largest economies (the G20), although around $275bn is destined for emerging markets and developing countries, including low-income countries.

The IMF’s managing director Kristalina Georgieva hailed a “historic decision” and a “shot in the arm for the global economy at a time of unprecedented crisis”.


The SDR allocation will benefit all members, address the long-term global need for reserves, build confidence, and foster the resilience and stability of the global economy.

It will particularly help our most vulnerable countries struggling to cope with the impact of the COVID-19 crisis.

The IMF’s plan was delayed last year when the IMF’s largest shareholder the United States – led at the time by President Trump – blocked it, saying the money wouldn’t reach countries that need it. But the US’s position changed under President Biden.