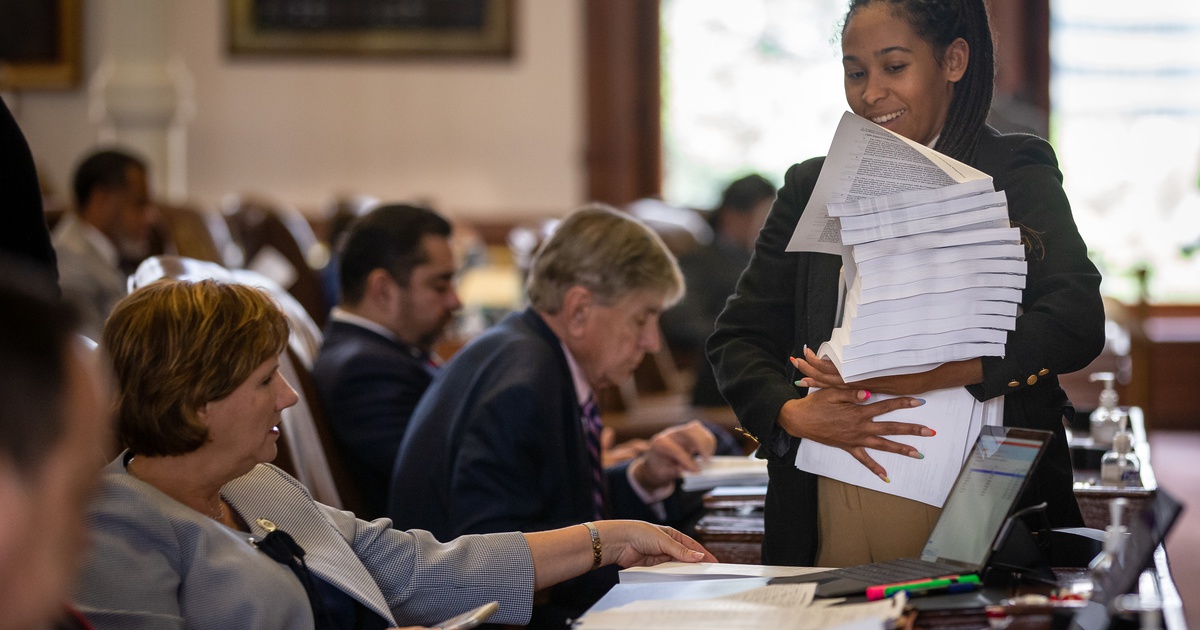 Sign up for The Brief, our daily newsletter that keeps readers up to date with the most essential Texas news.

Texas Republican leaders said on Friday they were extending “an additional month of funding” for the legislature as a deadline to reinstate those dollars vetoed by Gov. Greg Abbott, which could cost some 2,100 government employees. ‘State their salaries and benefits.

The announcement on Friday by Abbott, Lt. Gov. Dan Patrick and Speaker of the House Dade Phelan comes a day before the start of a second special session, where it remains unclear whether enough state lawmakers in the lower house will meet in time to restore funding. long term.

The funding issue stems from a veto by Abbott after House Democrats first broke quorum in the closing hours of the regular legislative session that ended in May, preventing the chamber from to pass a bill on GOP elections. Abbott has vetoed a section of the state budget, Article X, which funds the legislature, its staff, and legislative agencies.

Citing an emergency, the Legislative Budget Council requested the transfer of funds, according to an Aug. 6 memo from Abbott responding to the LBB’s proposal. Funding of at least $ 12.6 million will be transferred from the Texas Department of Criminal Justice to the Senate, House, and legislative bodies such as the LBB, Legislative Council and Legislative Reference Library.

Abbott referred to his veto in that memo, reiterating his position that “funding should not be provided to those who quit their jobs early and leave the state with unfinished business, exposing taxpayers to higher costs for additional legislative sessions “.

“However, in order to ensure that the legislature has all the necessary resources to do the work of the next extraordinary session,” he wrote, “I recognize that the partial restoration proposed by the Legislative Council of the budget is necessary. “

The extension announced on Friday means those legislative workers and legislative agencies will have funding intact until September 30 instead of September 1, when the next two-year state budget goes into effect.

Abbott put restoring funding to the Legislature on the agenda for the first and now the second special session. Plans to pass legislation to address the issue in the first round of overtime that ended on Friday derailed after House Democrats broke quorum a second time to block controversial election legislation.

If enough members are present to conduct official business in the House when the Legislative Assembly reconvenes for a second special session, lawmakers could pass supplementary estimates to restore funding. It would also require Abbott’s approval before it could go into effect.

The issue could also be resolved by the Texas Supreme Court, where a group including legislative Democrats asked the all-Republican court to override Abbott’s veto.

In a statement in response to Friday’s announcement, State Representative Chris Turner of Grand Prairie, who chairs the House Democratic Caucus, dismissed the action, saying it did not “change the fact that [Abbott’s veto] … is a violation of the separation of powers and a shameful effort to hold our state’s public employees hostage. “

“We urge the Texas Supreme Court to take immediate action to decide whether our state will remain a democratic republic,” he said, “or whether it is Governor Abbott alone in control.”

If time passes before lawmakers pass a law or the court rules, the salaries and benefits of more than 2,100 employees will be at risk, as noted by House Administration Speaker Will Metcalf, R-Conroe, in a memo of July 26 which also detailed other services and contracts that could be terminated.

“The implications for the functioning of the House are significant,” Metcalf wrote, describing legislative work that could be canceled if funding was not restored, such as lease payments for district offices of MPs, supplies office and house cleaning services.

Join us from September 20 to 25 at Texas Tribune Festival 2021. Tickets are on sale now for this multi-day celebration of big, bold ideas in politics, public policy and the news of the day, hosted by award-winning journalists from the Texas Tribune. Learn more.