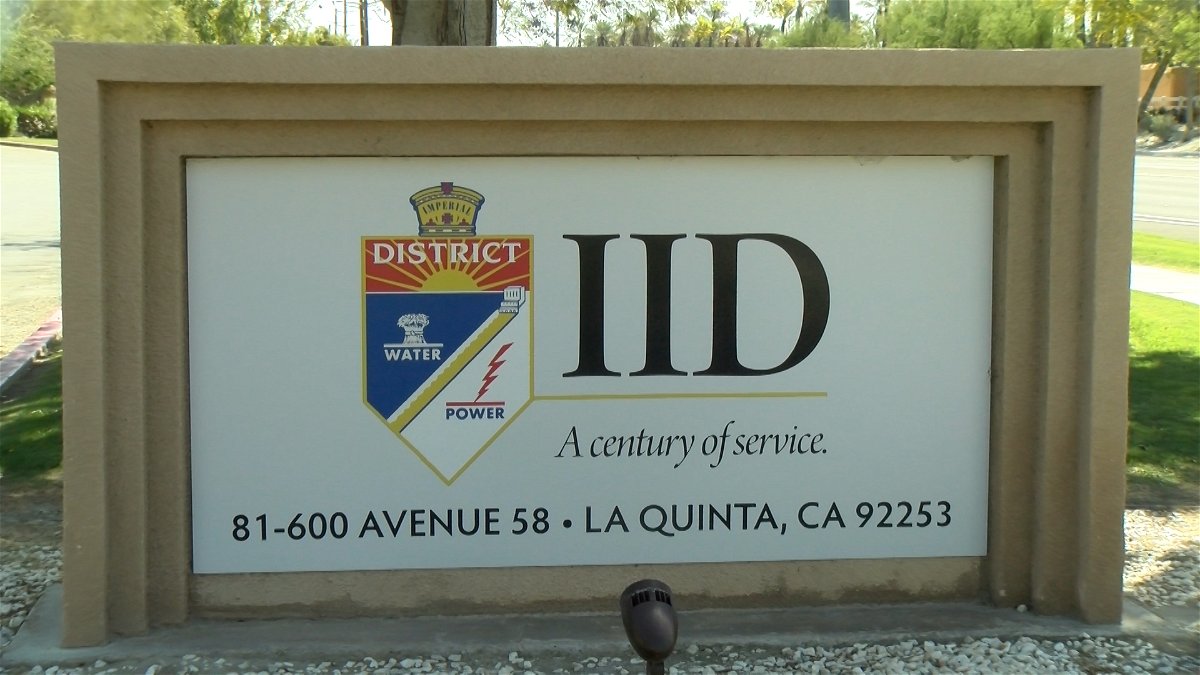 Local leaders in the Coachella Valley are pushing for fair representation within the Imperial Irrigation District.

The IID board of directors has no representative from the valley, although the district provides public services here and in Imperial County.

On Thursday, the all-new Coachella Valley Energy Commission met for the first time at Coachella. It is a group made up of representatives from the valley and the IID.

They’re trying to figure out what the future will look like when the 99-year power lease expires in 2033.

“That we continue, that we get a divorce,” said Coachella mayor Steven Hernandez.

Assembly member Chad Mayes introduced legislation for a Coachella Valley representative to sit on the IID board of directors. The district, however, is unwilling to relinquish control over the water, which is supplied exclusively in Imperial County.

Instead, the commission was formed. But its role is only advisory – and members have no control over the board.

“I think it was also a defensive mechanism to avoid what was proposed in the legislation,” said La Quinta Mayor Linda Evans. “Which was to have elected representation from the Coachella Valley, which clearly represents the majority of IID’s customer base and revenue base.”

Evans said she is open to collaboration, but maintains a level of skepticism.

“The actions of the IID board of directors in the past – they have not demonstrated a willingness to cooperate,” she said. “It’s their effort to show that they want to be more cooperative.”

Gloria Fernandez represents unincorporated communities like Mecca and North Shore. She is fighting for equal representation after saying the huge blackouts in the valley had not been a priority.

â€œThe infrastructure, the poles, everything is old,â€ Fernandez said. â€œIt needs to be replaced.

Valley executives said they hoped Thursday’s meeting would be the first step in the right direction.

â€œWe’ll just have to wait and see how far we get in this process,â€ Evans said.

The commission will meet monthly.