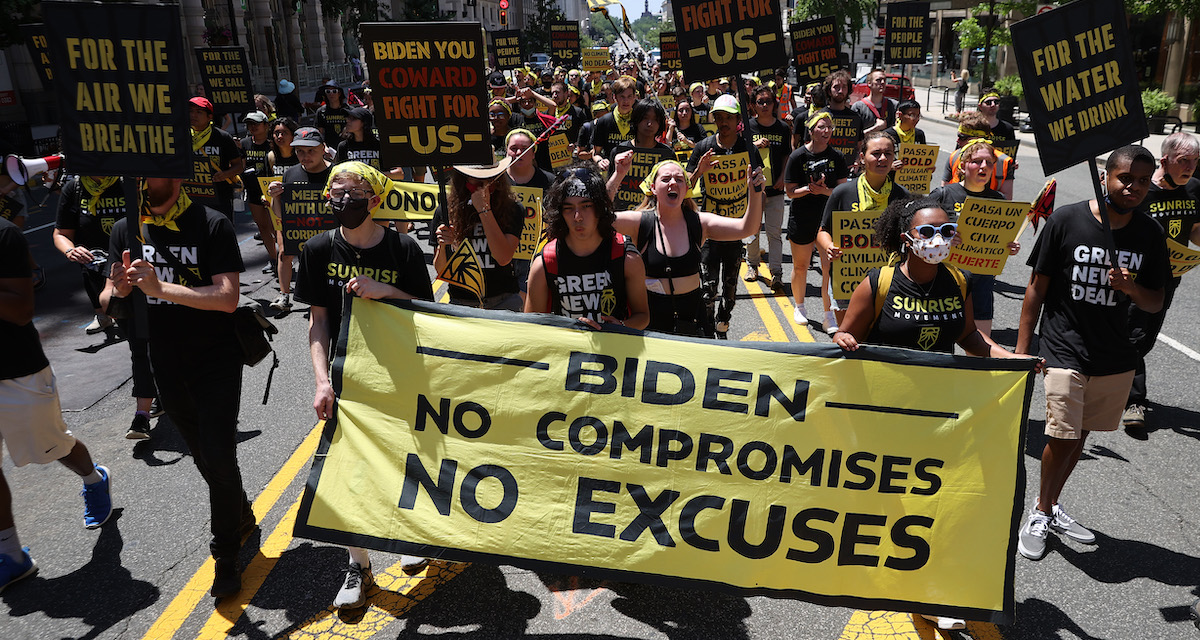 Elaborated: Washington Pulls Out of Just Transition, with Joe Uehlein

[W]hen we refer to all Kurdish fighters synonymously, we are simply confusing the fact that they have very different policies. . . right now, yes, people are facing the threat of ISIS, so it is very important to have a unified focus. But the truth is, ideologically and politically they are very, very different systems. In fact almost the opposite of each other. —Dilar Dirik, “Rojava Against the World”, February 2015

The Kurds, who share ethnic and cultural similarities with the Iranians and are mostly Muslim by religion (largely Sunni but with many minorities), have long fought for self-determination. After World War I, their lands were divided between Iraq, Iran, Syria and Turkey. In Iran, although there have been small separatist movements, Kurds are mostly subjected to the same repressive treatment as everyone else (although they also face Persian and Shia chauvinism, and quite a few Kurdish political prisoners were recently executed). The situation is worse in Iraq, Syria and Turkey, where the Kurds are a minority people subject to ethnically targeted human rights violations.

Iraq: In 1986-89, Saddam Hussein led a genocidal campaign in which tens of thousands of people were murdered and thousands of Kurdish villages destroyed, including by bombardments and chemical wars. After the first Gulf War, the UN sought to establish a safe haven in parts of Kurdistan, and the US and UK established a no-fly zone. In 2003, the Kurdish Peshmerga sided with the US-led coalition against Saddam Hussein. In 2005, after a long struggle with Baghdad, the Iraqi Kurds obtained constitutional recognition of their autonomous region, and the Kurdistan regional government has since signed oil contracts with a number of Western oil companies as well as with Turkey. Iraqi Kurdistan has two main political parties, the Kurdistan Democratic Party (PDK) and the Patriotic Union of Kurdistan (PUK), both clan and patriarchal.

Turkey: For much of its modern history, Turkey has pursued a policy of forced assimilation towards its minority peoples; this policy is particularly strict in the case of the Kurds – until recently called the “Turks of the mountains” – who represent 20% of the total population. The policy included forced population transfers; a ban on the use of Kurdish language, costumes, music, festivals and names; and the extreme repression of any attempt at resistance. Great revolts were put down in 1925, 1930 and 1938, and the repression intensified with the formation of the PKK as a national liberation party, leading to a civil war in the Kurdish region from 1984 to 1999.

Syria: Kurds make up perhaps 15 percent of the population and live mainly in the northeastern part of Syria. In 1962, after Syria was declared an Arab Republic, large numbers of Kurds were stripped of their citizenship and declared foreigners, preventing them from obtaining education, employment or any other public benefit. Their land was given to the Arabs. The PYD was founded in 2003 and immediately banned; its members were imprisoned and murdered, and a Kurdish uprising in Qamishli met with severe military violence by the regime. When the uprising against Bashar al Assad began as part of the Arab Spring, the Kurds participated, but after 2012, when they captured Kobani from the Syrian army, they withdrew most of their energy from the war against Assad to create a liberated zone. . For this reason, some other parts of the Syrian resistance see them as allies of Assad. The Kurds in turn cite examples of discrimination against them within the opposition.

The final season of The Walking Dead, will we finally know the fate of Heath?