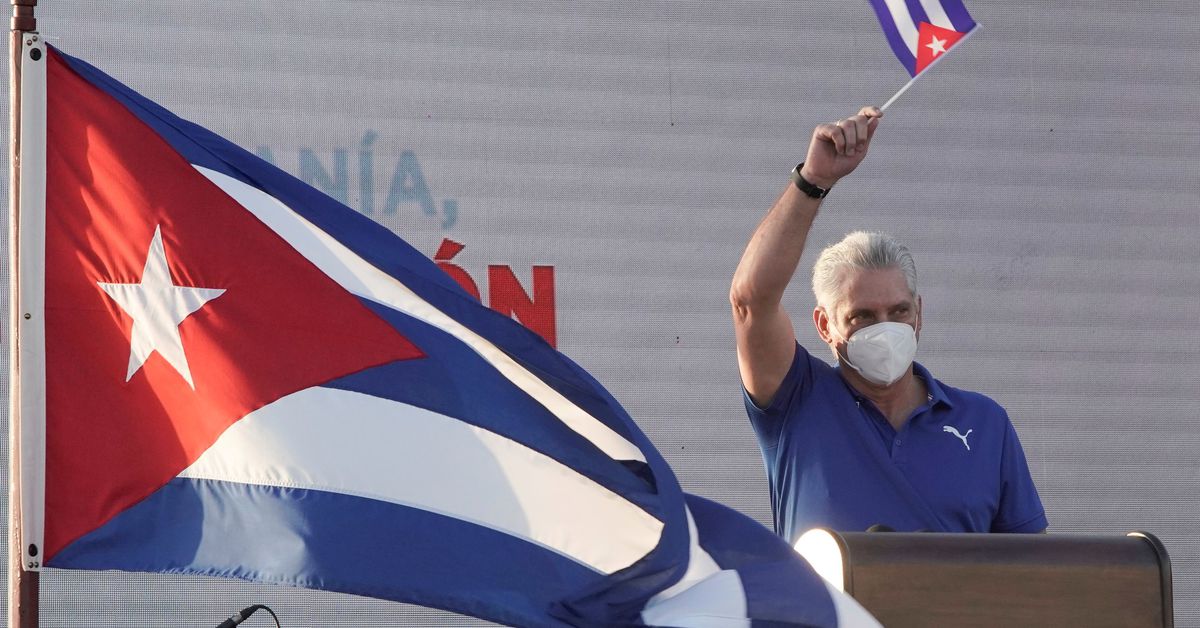 Cuban President and First Secretary of the Communist Party Miguel Diaz-Canel waves a Cuban national flag as he delivers a speech at a rally in Havana, Cuba, July 17, 2021. REUTERS / Alexandre Meneghini / File Photo

MEXICO CITY, Sept. 16 (Reuters) – Cuban President Miguel Diaz-Canel will attend Mexico’s 200th anniversary of independence on Thursday, ahead of a summit of Latin American heads of state that will bring together newly elected members of a new ” pink wave “leftist leaders.

The presidents of Argentina, Bolivia, Peru and elsewhere will meet on Saturday at the summit of the Community of Latin American and Caribbean States (CELAC), a regional body that late Venezuelan leader Hugo Chavez helped set up. in place in 2011.

Diaz-Canel’s trip to Mexico is the Cuban leader’s first overseas visit since a huge protest swept across the island in July, shaking the Communist government as it struggled to contain the pandemic and shortages food, fuel and medicine.

On Saturday, the organization CELAC will discuss the region’s response to the coronavirus pandemic and the creation of a fund to respond to disasters linked to climate change.

“It will be analyzed to see what plan will follow Latin America and the Caribbean to have equipment, vaccines, tests for any other eventuality,” Mexican Foreign Minister Marcelo Ebrard said this week.

Mexico, as president pro tempore of CELAC, is also expected to push for a unified proposal to replace or reform the Organization of American States (OAS). Some CELAC members see the OAS as an “interventionist” instrument of the United States.

In recent years, countries in the region have oscillated between leftist and conservative governments, often with radically different economic and social policies.

The Latin American left made its biggest strides with the first so-called “pink tide” of socialist leaders in the early 2000s. But some of them, like Chavez in Venezuela and Evo Morales in Bolivia, are either dead or were knocked down.

On Saturday, the new wave of left-wing Latin leaders are expected to join Lopez Obrador, with Peruvian Pedro Castillo, Bolivian Luis Arce and Argentinian Alberto Fernandez among the 16 heads of state confirmed to participate in CELAC.