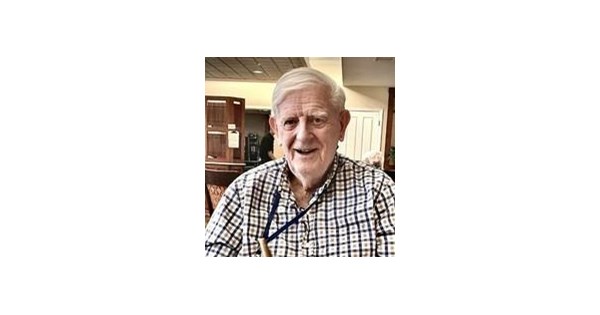 Salt Lake City, UT â€” A boy from a small town in Tooele, UT, Larry marveled at finding himself on top of complex corporations in big cities. Growing up in the executive world, when asked what he considered his greatest achievement, he replied, â€œMy children. Larry has taken many “good, spoiled walks” on the golf course and notched two holes in one. He was always ready with a joke or an anecdote for any conversation.

Lawrence Henry Siebers Jr. was born on May 26, 1933 in a Lincoln, Utah home to Lawrence Henry Bernard and Johann (Ann) Heggie Smith Siebers. He was the oldest of three children and is survived by his sister, Jo Ann (John) Rice and predeceased by his brother, Robert (Carol) Siebers. Barely 66 years old to Ruth Cannon, who died in March 2021, he said: “We were a team. We did it all together.”

The most eventful days of his life were June 6-7, 1955, when he was appointed a naval officer in the morning, graduated from the University of Utah in the evening, and married Ruth the next day. morning at LDS Salt Lake Temple. . These events sparked the following years when he embarked on the aircraft carrier USS Yorktown for 2 years of service. He saw the world, releasing in 1957, as a lieutenant. Returning to the University of Utah, he obtained a master’s and then a doctorate from the Illinois Institute of Technology in Chicago in the emerging field of industrial psychology in 1961.

Over the next 30 years, Larry worked in the areas of human resource management development and training, recruiting, policy and research during the 1960s and 1970s, as Equality chances and other cultural revolutions have changed the face of the industry. First with United Airlines, then 25 years with International Harvester, where he rose to the position of Vice President, he has been a leader in these dynamic changes within the Conference Board and other industry working groups. .

He later served as vice president and board member of Eastern Airlines, then senior vice president of Southeast Bank, both in Miami. He ended his career in Utah as an executive in residence, teaching at Utah State University for eight years, before retiring in 2000.

It is his intelligence, curiosity, fairness and desire to develop rather than manage staff, along with his work ethic, that has led to professional success. He cited his college summers at the International Smelting Company where his father worked as a foreman as “helping me a lot to know how workers think and feel.”

A natural and experienced teacher, he was more likely to ask you what you thought than to give an answer. Her classes, from family home evening to Sunday school and priesthood classes to college classes, were framed by critical questions and critical thinking. He loved the science of psychology, giving his children the Myers-Briggs tests as pre-teens. He was an INTJ and was well known for his integrity and aversion to intellectual dishonesty.

The devotion of family and church has anchored its core values â€‹â€‹of honesty, humility, fairness, respect and learning. He was an active member of The Church of Jesus Christ of Latter-day Saints, serving a mission with Ruth as Church service missionaries in Salt Lake City.

He was enjoying excellent health until he fell from a sand trap while playing golf on September 2, 2020, breaking his hip. A decline follows, accelerated by the loss of his wife. He joked that he should have taken a drop on this one.

We thank the staff at Danville Support Services, in particular Melissa and Antonio, A + Hospice and The Wellington for their kind attention. The funeral will be on Saturday September 18, 2021 at Memorial Redwood Mortuary and Cemetery 6500 South Redwood Road, West Jordan, Utah 84123. Interment takes place in the same location.