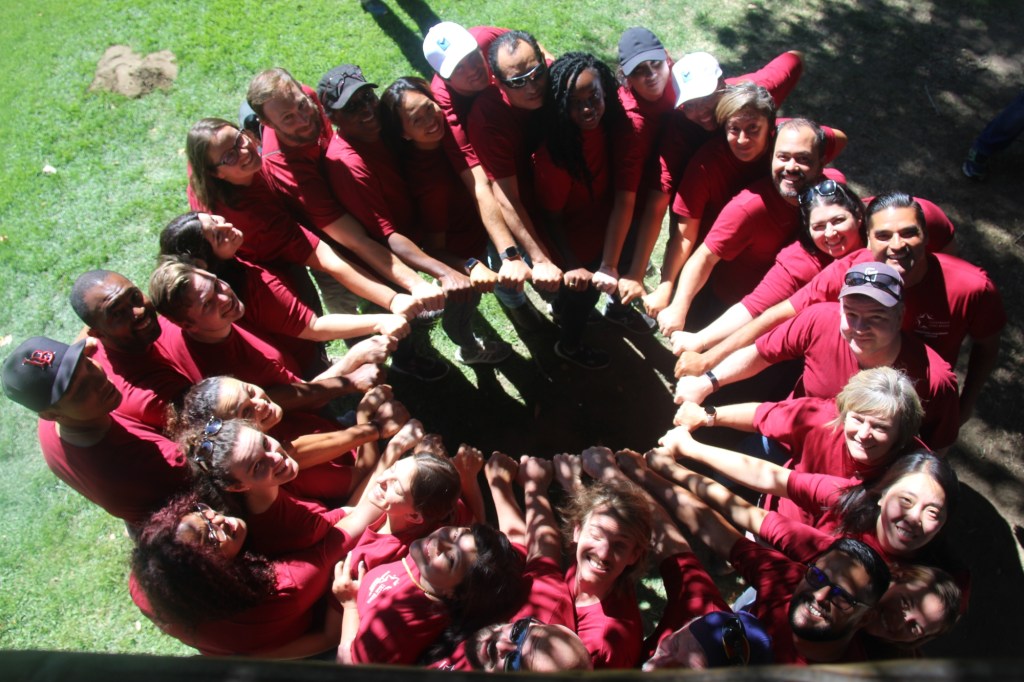 The Long Beach Leadership Class of 2021-2022 arrived at the Mountain Forest Camp Retreat as relative strangers, a little anxious and wondering what to expect from their time together.

Three days later, they left Canyon Creek Camp in the Angeles National Forest north of Los Angeles, kissing and celebrating as if they had known each other for years. The class of 30 had grown into a family, ready to take on the challenge of making Long Beach a better place to live, work and play.

â€œMagic is a good word to describe how I felt during and after retirement,â€ said Tasha Higgins, assistant director of program management at the Port of Long Beach, of the recent retirement. “I had no idea I would feel this good.”

Frankie Lill, a poultry farmer at the Aquarium of the Pacific, agreed.

â€œI came back happy and ready to move on to make Long Beach a better place,â€ said Lill. â€œI am grateful to be a part of this class to continue to build our community. “

And Emily Kazim, from the Long Beach Center for Economic Inclusion, noted how the class came together.

â€œI feel like I made a deep bond with the class members,â€ Kazim said.

Leadership Long Beach began in 1989, founded by several community leaders, including Peter Ridder, then editor of the Press-Telegram. He said this week how impressed he was with the evolution of the program and how far he came in his contributions to the community.

In many ways, this year’s class is historic. This is the first class in Leadership Long Beach’s 32-year history to be selected after Zoom interviews due to the COVID-19 pandemic. It is also the first class to be selected after a year where there had not been a class the previous year due to the pandemic. This class is also the first to have their retreat site changed at the last minute. The retreat was originally scheduled to take place at Camp Alpine Meadows in the San Bernardino Mountains, but the federal government temporarily closed the camps there due to possible forest fires. It was a scramble to find another place.

“Despite battling the pandemic and the last-minute move, everything went smoothly,” said Sean Devereaux, the new executive director of Leadership Long Beach, who has worked tirelessly to make this retreat work, along with the president. from SU Drew Schneider, responsible for the retreat. Amy Eriksen and her team, which included Olivia Maiser, Francisco Davila, Jill Unze, Joy Contreras and myself.

â€œThe class members were very empathetic with each other which made for a great retreat,â€ said Eriksen, executive director of the Angels Gate Cultural Center.

Maiser, a veteran of many retirements, agreed this class was special.

â€œI noticed time and time again that the class members not only listened to each other, but actually got along,â€ Maiser said. â€œI could almost see the bond forming as the trust grew. “

For me, one of the defining moments came after the group did a particularly physical exercise. Standing in a circle during a public debriefing after the exercise, members congratulated each other on completing the exercise. But one member, a woman, made the point that not all women were listened to in strategizing on how to complete the exercise. Because the exercise required some physical strength, she said, some of the male members tended to work together, leaving out some of the women.

This led to a healthy discussion on gender equity, one of the main goals of a major new initiative contained in SU’s strategic plan, a commitment to diversity, equity, inclusion and l ‘membership.

Devereaux read the oath to the class.

The debriefing discussion, Higgins said, showed the comfort and maturity of the class.

â€œI don’t think the men in this case were sexist, but, as a black woman, I know what it’s like to not be heard,â€ Higgins said. â€œWe must be open to dialogue. I am so proud of this class.

Kazim said that some people’s voices are not always heard.

â€œWe need to be more collaborative,â€ she said.

Chris Duffy, a captain with the Long Beach Fire Department who called the retreat inspiring, noted that each person has different attributes that contribute to both the class and the community.

â€œI started out with an open mind and learned something about myself and the other members of the class,â€ Duffy said. â€œEveryone has strengths and weaknesses. We need to listen to everyone and work together.

On a personal note, I told the class that the open and frank discussion of women excluded from some discussions was eye-opening.

â€œI always thought I was a good listener, but this discussion taught me that I have to do a better job of making sure everyone’s voice is heard,â€ I said.

Then, referring to my age of 83 and Yodi, the camp mascot who was lying in the center of our circle, I added:

“I guess there is some truth in the old saying about teaching old dogs new tricks.”

But it’s never too late to learn.

The discussion, Devereaux said, added to a powerful and meaningful retreat.

â€œI have never seen such a good discussion of a major issue in my time with Leadership Long Beach,â€ said Devereaux, who is an SU graduate and former member of the retirement team.

I also saw first-hand how emotional and powerful the interaction of class members can be. Members were never asked to do anything they didn’t want to do, but were challenged to do a little more than they thought they could in different activities.

Maiser said it would be great if what happened on the mountain could be bottled with rarefied air.

But that would make it too easy. There is still a lot of work for this class now that they are back on the plains.

Retirement, after all, is just the start of the LLB program.

From now on, the class will meet monthly until June, to learn about different parts of the community, such as education, health, public safety, the arts, government and the media.

â€œWe hope we will give people better tools to talk about difficult things,â€ said Schneider. â€œWe have major issues that the community faces, such as homelessness, systemic racism and the economy.â€

Maiser said this class would tackle these issues and be a “force for good in their community service.”

â€œI see the alumni of the Long Beach Leadership programs as a thousand lights,â€ she said, referring to a phrase from former President George HW Bush. â€œLast weekend, 30 new light points were launched.

Every LLB class thinks it’s the best class (I did this with my 1996 class as well), which is as it should be. But with their debut this year, the current class could prove to be the best ever to make a difference in the community.

Sign up for The Localist, our daily email newsletter with handpicked stories related to where you live. Subscribe here.

Child labor: the Conference of Catholic Bishops of the Diocese of Jasikan in dialogue with stakeholders