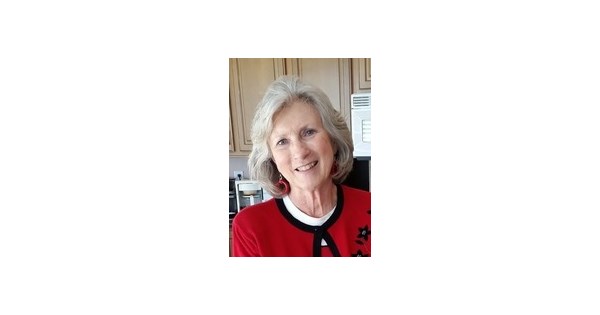 Linda marie culley
June 23, 1947 – December 30, 2020
Richland, Washington – Linda Marie Culley
December 30, 2020
Linda was born on June 23, 1947 to Earl and Betty Rodenhuis in Salem, Oregon. She had an active childhood which included regular outings with friends playing in the nearby creek and Bush Park. She was especially proud to play in an accordion orchestra as a young girl. During her teenage years, her summers were spent harvesting strawberries and beans in the area and later she worked at a local cannery to help with the family’s finances. She attended Salem First Baptist Church with her parents and younger sister Judy and was baptized there. She graduated from South Salem High in 1965 with several longtime friends.
Next, she traveled to Klamath Falls, Oregon, where she attended the brand new Oregon Technical Institute and earned an AA degree in office automation. In June 1967, she accepted a job with Battelle Northwest and moved to the Tri-Cities. There she met and married Neil Sullivan in 1968 and started a family soon after. They had two children, a daughter, Shannon was born in May 1969 and their son Dan was born in January 1972. They lived in West Richland at Shady Lane Trailer Park which Linda and Neil owned and managed. During this time, Linda developed a passion for racehorses, especially the Appaloosas, and they began to roam the Northwest, racing her horses and searching for that next even faster horse. In 1980 they moved to a 40 acre farm on the outskirts of West Richland and began a breeding program in addition to horse racing until she and Neil went their separate ways in 1985. Richland Baptist Church .
Initially, his work at Battelle Northwest supported the engineering direction involved in the design and construction of the Fast Flow Test Facility (FFTF). With the help of several mentors who recognized her technical skills and excellent work ethic, she moved on to procurement. She was particularly proud to be the buyer of the large sodium pumps for the FFTF. After the contractor was changed to Westinghouse Hanford Company in 1970, Linda continued her sourcing work and was promoted to manager. She also took on contract management responsibilities, which led to her managing the main contract between the Westinghouse Hanford Company and the Department of Energy.
Linda met Grant Culley at work-related meetings and management classes, but it was thanks to a group of singles in the Central Church that their relationship developed. Linda and Grant rejoined their lives and were married on Valentine’s Day, February 14, 1987, at Richland Central Church. It brought together a family with six children – Linda’s Shannon and Dan and Grant’s Brad, Jeff, Leslie and Scott. Even working full-time, creating a new home, and supporting the children through their various stages of education, Linda continued her own 4-year studies in business administration and finance and graduated from the Central Washington University in 1990.
Linda and Grant attended worship at the central church, attended several classes, and became involved in leadership, teaching, and leading life groups. Using her management and procurement skills, Linda took on the role of managing a major expansion of the church facilities, including finalizing the design and selecting the architectural engineer to build the project.
Linda was an excellent cook and was always experimenting with new methods, tools and ingredients. She got a potato entree from a friend at work and soon made the “best” cinnamon buns.
Linda loved cars. She especially liked her Slant Back Cadillac Seville, Dodge Pickup and later the ’90 Cadillac Eldorado that she got for her graduation gift. However, Grant’s love for Ford Mustangs started to rub off on her and she got hers – a red Cobra Indy 500 Pace Car convertible. In addition to the many car shows, Linda enthusiastically embraced “high speed” driving during track days on the road course in Spokane and a trip to the Buttonwillow circuit in California. These events were especially enjoyable as they compared and criticized each other’s driving skills.
Linda and Grant also camped and hiked in the Northwest and Mount Rainier was a favorite destination. A camping trailer greatly enhanced these trips, including one to Yellowstone National Park. Many memories and close ties were woven during these camping trips with family and friends.
Linda especially enjoyed our trips to Ocean Shores and Maui condos, as well as many trips to visit friends and relatives across the country. It was during a road trip to West Virginia in 2009 that Linda experienced balance issues that marked the start of a long journey with dementia and ultimately Alzheimer’s disease. Throughout this, Linda’s strong will and character never wavered, and with each gradual pullback she found comfort in her faith and love for Jesus, praying frequently. With the help of her loving husband and family, a dedicated caregiver and the support of Chaplaincy Hospice Care, Linda was able to stay at home during the Covid-19 pandemic where she remained an inspiration for those around him. Linda will be sadly missed by those who knew and loved her.
A Celebration of Life will be held at the Central United Protestant Church, 1124 Stevens Drive, Richland, WA on September 25, 2021 at 4 p.m. Please join us in remembering Linda.

Sanae Takaich hopes to be the first female leader in Japan