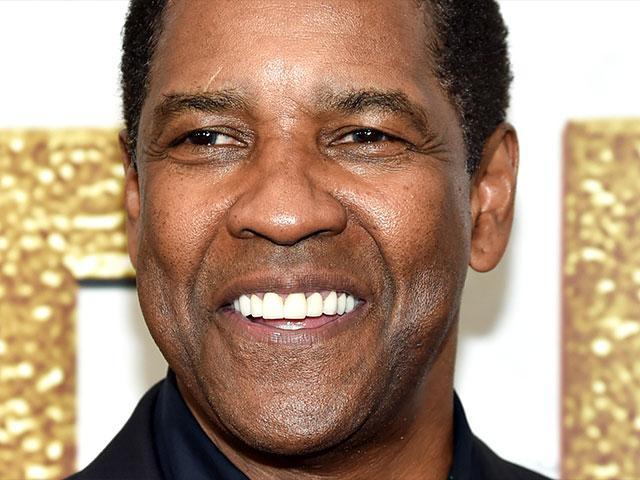 “Listen to God”: Denzel Washington explains to Orlando church conference what God told him to do

Oscar-winning actor Denzel Washington said at a men’s conference in Orlando, Florida this weekend what God told him to do and it has nothing to do with the entertainment industry.

Christian Post (CP) reports that Washington was a guest speaker at “The Better Man Event” hosted by First Baptist Orlando. During a discussion with Pastor AR Bernard, the senior pastor of the Christian Cultural Center in Brooklyn, New York, Washington revealed a message he says he heard from God.

“At 66, getting ready to be 67, having just buried my mother, I made a promise to her and to God, not only to do good in the right way, but to honor my mother. and my dad by the way I live my life, the rest of my days on this Earth. I’m here to serve, help, provide, â€said the actor and New York native.

During the half-hour onstage interview, Washington said he heard God tell him what to do every time he prayed.

â€œIn every prayer all I hear is, ‘Feed my sheep.’ This is what God wants me to do, â€Washington said. He admitted to the audience that his response was, â€œWhat does that mean? But he went on to explain, â€œWhat I have discovered over the past two years is that there are all kinds of sheep. This is why I talk to experienced shepherds to help me. to guide.”

The actor noted that the world has changed, asking the churchmen’s conference, “What is our role as men?”

“John Wayne’s formula isn’t quite right at the moment,” he explained. “But strength, leadership, power, authority, direction, patience is a gift from God to us as men. We must cherish it, not abuse it.”

The actor also wanted the conference to know that he is not the same man they see on the big screen, according to the CP.

â€œWhat I played in the movies is not who I am, it’s what I played,â€ he said. â€œI’m not going to sit or stand on a pedestal and tell you what I had in mind for you or your soul. Because the point is, in the whole 40-year process, I fought for my own soul. “

â€œIt (the Bible) says that in the last days we will fall in love with ourselves,â€ Washington pointed out. â€œPhoto number one now is a selfie. So we all want to lead. We are willing to do anything, women and young men, to be influential.”

â€œFame is a monster and we all have these ladders and these battles, roads that we have to take in our lives,â€ he added. “Be famous or whoever is listening, we all have our individual challenges.”

Washington also explained how he thinks Christian men should strive for success. The first thing he said was to “stay on your knees”.

â€œStay on your knees. Look at me, but listen to God,â€ he said. â€œI hope the words in my mouth and the meditation of my heart are pleasing in the sight of God, but I am human. I am like you. What I have will not keep me on this Earth one more day. Share what you know, inspire who you can, seek advice. If you want to talk to someone, talk to someone who can do something. Constantly develop these habits. “

As CBN News reported last year, Washington, a devout Christian, opened up about his spiritual journey with Pastor Bernard during an Instagram interview, recalling when he was baptized in the Holy Spirit and a prophecy that was spoken about his life when he had just been kicked out of college.

The actor revealed that earlier in his life he had given his soul to Christ on several occasions, but that it would take even longer for him to fully understand the magnitude of this belief.

“Three times … I think we all go through this. I was filled with the Holy Spirit and it scared me,” he said. â€œI didn’t want to go that farâ€¦ I want to party. It was a supernatural, once in a lifetime experience that I couldn’t fully comprehend at the time.â€

Washington also recalled when a prophetic word was spoken about her life during a visit to her mother’s beauty salon.

â€œRuth Green was known to have the gift of prophecy. She lived in Mt. Vernon where I grew up and my mom did her hair. So she was in the beauty salon when I was sitting there after being kicked out of it. school, outside college, “Washington said.” And she said ‘Boy, you’re going to travel the world and preach to millions of people.’ “

He didn’t have much hope of reaching millions of people back then, but he has seen this prophecy fulfilled ever since, having the opportunity to share his beliefs in multiple events in person and online. .

â€œWhen I look at him nowâ€¦ what she said has come true,â€ he said.

Although he felt a spiritual presence on several occasions, Washington was not ready to live a Christ-centered life.

“I accepted it and I definitely lived it, but I was not ready to live it,” admitted the actor.

EDITOR’S NOTE: In reporting the journeys of faith of any prominent Christ-seeking person, CBN does not endorse past or current behavior that may not be in accordance with the Word of God. We are simply reporting the positive developments in their spiritual walk and their positive statements about God. As always, we encourage our readers to pray for everyone in the news, so that the fruit of God may grow in all of our lives.