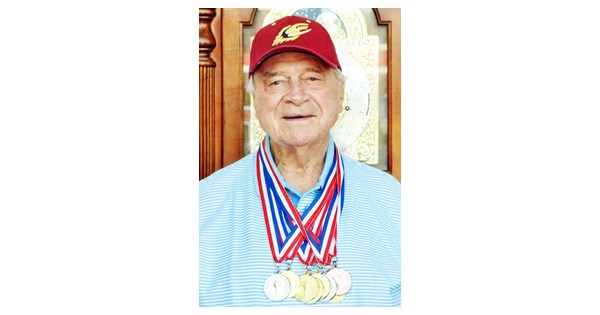 Charles “Charlie” Elbert Frye, 86, of Greensboro, joined Jesus Christ, his personal savior, on September 23, 2021 after a brief illness. Charlie was born August 1, 1935. He was the son of Howard and Inez McKinney Frye.

In addition to his parents, Charlie was predeceased by his wife of 60 years, Dorothy “Dot” Stone Frye, who recently passed on August 31, 2021. Charlie wanted everyone to know that Dot was a wonderful wife, mother, Grandmother. and a loving and caring person. He was also predeceased by his brother Jimmy Frye and sister Louise Frye.

Charlie was a proud graduate of the Oak Ridge Military Academy, where he was an outstanding baseball player. Charlie had a .323 batting average and led the team in batting average, home runs and runs batted in his two years playing at Oak Ridge. Charlie ended his college career at Elon College where he played on two conference champion teams. Charlie made All-Conference his final year and was known for his clutch shots. He was elected to the Oak Ridge Military Academy Athlete Hall of Fame on October 11, 2008.

In his early years, Charlie was a leader in his community and dedicated thousands of hours of his time to various projects. He loved being a member of Guilford College Civitans and had over 35 years of perfect attendance.

Guilford College Civitans sponsored an annual horse show that has become a tradition with Charles presiding and managing the event for over 23 years.

Another of his many accomplishments was the establishment of the Guilford College YMCA, where he was seen as the driving force behind the project. Even today, it remains one of the most active branches of the Triad.

Charlie was a retired financial and banking executive with numerous Civitan, Citizen and Humanitarian of the Year awards.

Charlie has also been very active in church activities his entire life: a Sunday school teacher, perfect attendance for almost 40 years, and his involvement in fundraising for the peanuts he helped promote with the sale of more than 100,000 pots. He received the Life Member Award of The United Methodist Church in 2004. It is the highest honor that can be bestowed on a member of United Methodist Men.

Charlie remained a great athlete in his later years of life, winning over 40 gold and silver medals at the local and national senior Olympics.

He is survived by his two daughters Susan Frye of Waynesville and Lisa Kay Cox (David Jr.) of Greensboro; grandchildren, Caroline Cox and David Cox III of Greensboro; his sisters, Jane Chamelin, Ruby Burns and Judy Frye and several cousins, nephews, a niece and many friends who remain to honor his memory.

There will be a funeral service on Wednesday, September 28 at 2 p.m. at Muir’s Chapel Cemetery on Muir’s Chapel Road in Greensboro with Pastor Daniel Dickard of Friendly Avenue Baptist Church officiating. He will rest at the Forbis & Dick N. Elm Chapel on Tuesday September 28 from 11 a.m. to 5 p.m.

The greenest and happiest country in the world.

Wellness Programs for Law Firms – Managing the Practice of Law