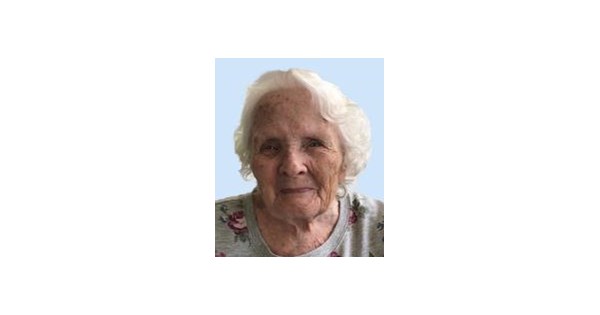 Joan O’Dwyer Neuser passed peacefully to the fullness of life on September 22, 2021.

Born on February 18, 1923, Joan was welcomed into the family of Catherine and Leo O’Dwyer. She and her twin sister, Patricia, and their older sister, Margaret Mary, grew up in the shadow of their Alma Maters, St. Ann’s (now St. Martin de Porres) and Notre Dame Academy. It is here that their faith was nurtured and that many long-standing friendships were formed. During her final year at Académie Notre-Dame, Joan received the Bishop’s Cross, a recognition bestowed on a student for showing leadership by reflecting the Gospels and Christian values ​​acquired over the years. Catholic education. Joan continued to live a life of loving service to her family, Church, friends and community.

She and her late husband, Paul Neuser, raised their six children in the Rosary Cathedral parish and in the Old West End.

Joan served the parish and the school of the Cathedral of the Rosary for many years as a Eucharistic minister, ministries of religious education and Christian formation and as secretary of the school for thirty years. After her retirement, she volunteered in the preschool program at the Cathedral of the Rosary and for Heartbeat of Toledo. In 2009, Joan received the Central City Ministry Service Award for her long-standing commitment and contribution to Catholic education and the children of the central city.

Joan was a member and past president of the Notre Dame Academy Alumnae Association. She was a member of the Ursuline Associates Program and a founding member of Bethany House. Joan has never wavered in her loyalty as a Detroit Tiger fan. At the age of 84, she and her son, Mark, attended the Tigers / Yankees game which started at 11:06 pm after a four hour rain delay, ending in overtime at 3:30 am! Joan returned home around 5:30 a.m., standing to set up the altar in the Chapel of the Rosary Cathedral for the 7:00 a.m. mass. Joan loved to create pressed flower stationery for others, attend spiritual retreats, and adore family gatherings, especially picnics and walking along the shores of Lake Erie.

Joan was predeceased by her parents; her husband; her sisters; his son-in-law, Al Lederer; and grandson, Sam Misiura.

Suggested donations: Notre-Dame Cathedral, Queen of the Most Holy Rosary, Académie Notre-Dame scholarship program, Bethany House or a charity of the donor’s choice.

Please leave a condolence message for the family at CoyleFuneralHome.com.

Shape-shifting Tories have mastered the game in front of the crowd, as Labor fight…

Getting To Clarity, LLC, A Public Speaking And Consulting Firm, Launches New Podcast