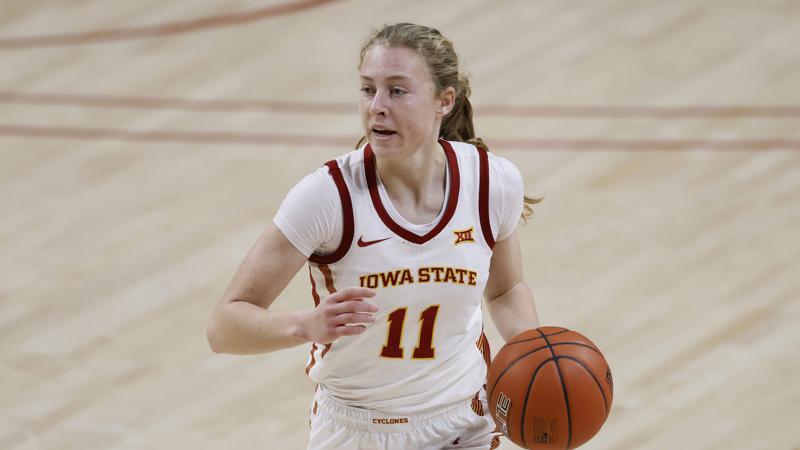 Coach Bill Fennelly has never seen anything like it. Already.’

AMES – Second-year point guard Emily Ryan has been the vocal leader of Iowa State since day one she stepped onto the training ground.

The 5-foot-11 Ryan was a much-vaunted rookie from Claflin, Kan., Ranked No. 70 in the nation despite attending a school that had a graduating class of 14. Yet being a top rookie doesn’t make it right. not a player a leader.

Ryan’s work ethic and understanding of the game made her the leader of the Cyclones. Ashley Joens and Lexi Donarski will score more points and post better numbers, but Ryan is the team leader.

“Her leadership ability is very unique,” Iowa State women’s basketball coach Bill Fennelly said on media day Wednesday. â€œWhen you play the playmaker, you are a leader by default. But what she did in a short time, I’ve never seen anything like it. Already.

â€œIt reminds me of what Brock Purdy did for football. She just has that â€œitâ€ factor that every player on the team migrates to.

Purdy isn’t the best player on the team – it would be Breece Hall, Mike Rose or Charlie Kolar. But Purdy’s leadership is what made him a special quarterback and a special piece of the Cyclone football team.

It’s the same with Ryan. Joens and Donarski are special basketball players – Joens is an All-American and Donarski is the reigning Big 12 Freshman of the Year – but Ryan runs the ship.

What makes Ryan’s leadership special is that there are no days off. Every day she is the same leader for all team members.

â€œNo. 1, it’s unique that anyone talks because they’re so used to being buried in their phone that they don’t talk to anyone,â€ Fennelly said. â€œShe does it with a lot of regularity and it’s everyone. If you hear her talking you will hear her talking to everyone. She doesn’t just focus on a few players. She knows very well when a teammate needs her voice. She did a great job with the freshmen and helped them make the transition to university life.

â€œI’m so old there was an advertisement for a financial planner named EF Hutton. The ad used to be: â€œWhen EF Hutton speaks, people listenâ€. It’s Emily Ryan. Emily Ryan is our EF Hutton.

Ryan hasn’t looked for the role, but she’s happy to fill it.

â€œIt’s just something that came naturally to me,â€ Ryan said. â€œEveryone on the team does a good job making the others feel included and at ease. This is the role I took on and I’m happy to be a part of it.

It’s one thing for a freshman like Ryan last year to lead by example. It’s a whole different matter when they’re also a vocal leader.

It took Joens by surprise last season when Ryan stepped into the role on the first day of training.

â€œWhen we first met her we were like, ‘Oh Emily is kinda calm,’â€ Joens said with a chuckle. â€œBut then she comes out on the pitch, she’s a whole different person. She’s focused on what’s going on and she’s a leader. It was really a shock the first day because we were like ‘Whoa’, but she does a great job. “

And she continued to do a great job.

â€œThey trust him,â€ Fennelly said. â€œAnd that’s the thing. I have had players who talk a lot and everyone says to me: ‘Shut up.’ When she speaks, everyone is listening and paying attention because they know why she is doing it and that she is doing it with the heart and for their good.

“It’s a big compliment to her.”