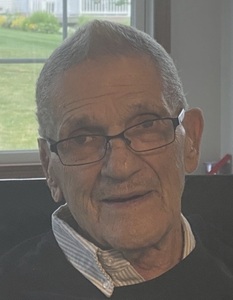 Peter Paul Patrick Panella Sr., 96, of New Castle died on the morning of October 6, 2021 at UPMC Jameson.
Born June 19, 1925 in New Castle, he was the son of the late Anthony “Buck” Panella Sr. and Lena Bongivengo Panella.
Pete had worked in the restaurant and food service industry his entire career. He had owned and operated Pete’s Hideaway Nite Club, followed by several other businesses. Pete had also worked as a vice president for one of Greyhound’s Food Management operating divisions. He ended his career at age 95 as the oldest bartender in Lawrence County at Panella Brothers.
Pete was a devout Catholic and a life member of Holy Spirit Parish, St. Vitus Church.
He had proudly served his country as a member of the United States Army during World War II while stationed in Italy. Pete also played football for the military.
Pete loved to read and write and was known for his editorials in the New Castle News. He also enjoyed different types of music, such as classical, jazz and especially Frank Sinatra.
A loving father, grandfather and great-grandfather, Pete’s greatest joy was spending time with his family.
Pete is survived by his children, Kathleen Panella-Crosby (David) of Melissa, Texas, Peter P. Panella Jr. of Nashville, Tennessee, Thomas Panella (Katie) of Sherman Oaks, Calif., Michel Dean of New Castle and Tony Panella of Ft. Lauderdale, Florida; her sister, Rosemarie Andrews of New Castle; nine grandchildren and 10 great grandchildren.
In addition to his parents, Pete was predeceased by four brothers, John Panella Sr., James Panella, Anthony (Buzzy) Panella Jr. and Richard Panella Sr.
A Christian funeral mass will be held at 9:30 am on Saturday at Holy Spirit Parish, St. Vitus Church. Father Brendan Dawson will officiate. The New Castle area honor guard will perform military rites at the church.
Interment will be in Saint-Guy cemetery.
Memorial contributions can be made to The Carmel Nuns – Carmels of Jesus, Mary and Joseph, 327 Water St., Fairfield, Pennsylvania, 17320.
Arrangements are in the care of Ed and Don DeCarbo Funeral and Crematorium, 941 S. Mill St.
Online condolences can be offered to the family at www.decarbofuneralhome.com.