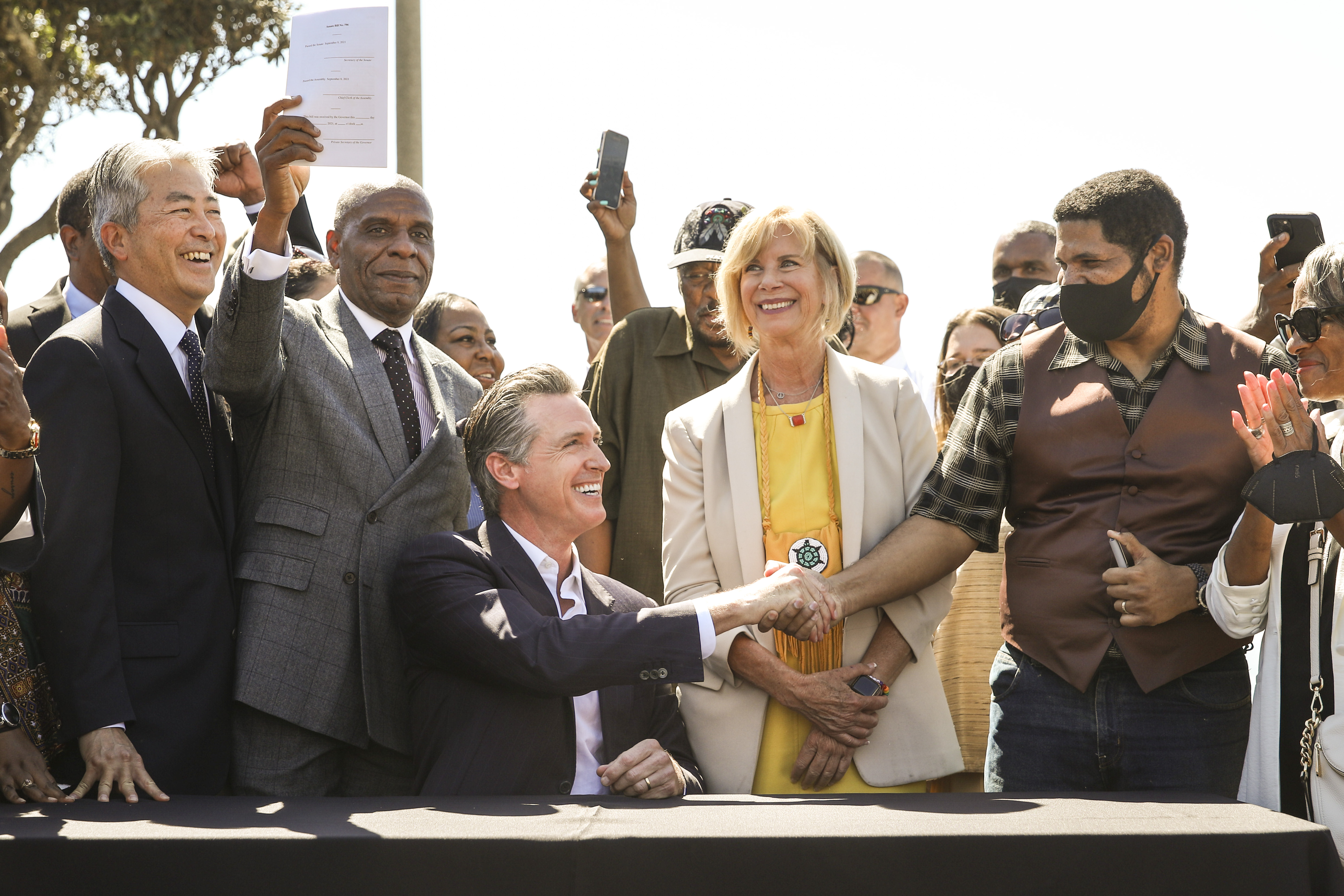 Combining leadership and justice: is it so difficult, Washington?

It was an example of leadership and justice. California Gov. Gavin Newsom, who just survived a recall vote, was not keeping a low profile but standing in front of the cameras, signing a bill that would make property first-rate in Manhattan Beach – known as Bruce’s Beach – to the descendants of the black couple who had fled the land they owned nearly a century ago.

It turns out that Manhattan’s very white beach hasn’t always been that way; the transformation was not by chance, but by design.

â€œAs Governor of California, let me do what Manhattan Beach apparently doesn’t want to do: I want to apologize to the Bruce family,â€ Newsom said, as reported in the Los Angeles Times. He then handed the signing pen to Anthony Bruce, whose great-great-grandparents Willa and Charles Bruce once turned the beautiful stretch along the water into a necessary getaway for African Americans, with a lodge, a cafÃ© and a dance hall.

Newsom was not alone, literally or otherwise. Behind stood activists from organizations such as Where is my land co-founded by Kavon Ward and Ashanti Martin, who worked hard and know that the meaning of the word “reparations”, so dreaded in some circles, is simply “to make amends for a wrong he has done”.

As for real justice, returning property in what will be a complicated arrangement cannot turn back, cannot rebuild the wealth stolen here and across the country from Native Americans, Blacks, Browns and Americans. Asian, for generations. It is land and wealth that could have changed the life course of people like George Floyd. Yes, Where Is My Land has found similar stories for countless families, including Floyd’s.