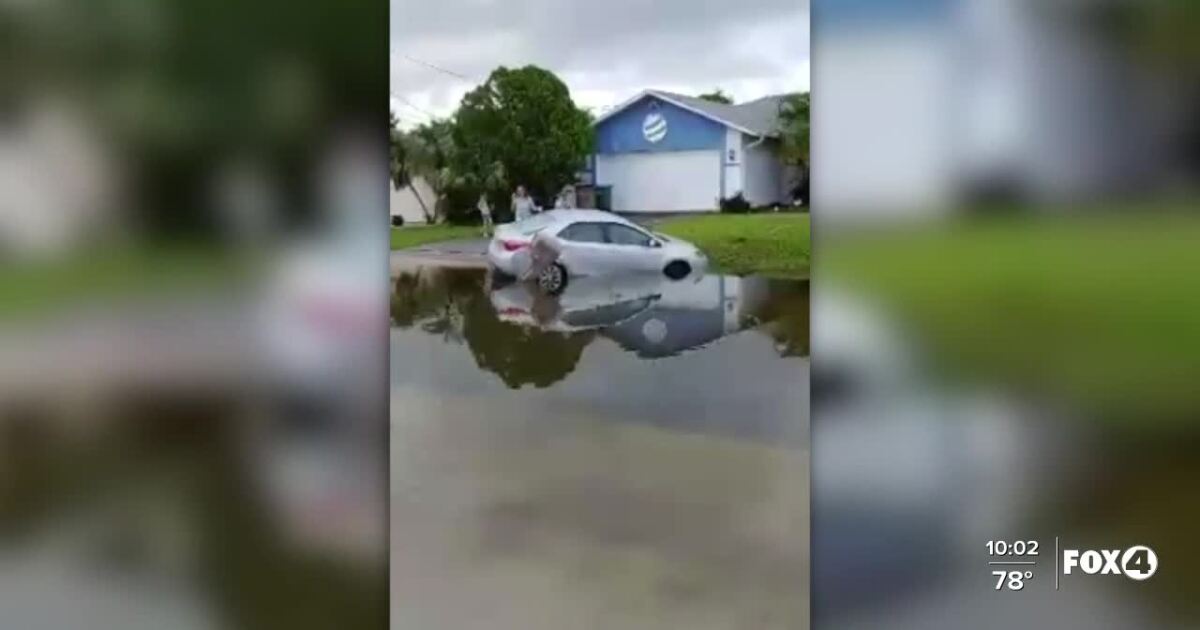 CAPE CORAL – A woman from Cape Coral tells us that she had a serious accident due to flooding in her neighborhood.

Now the people living on SE 9th Ter. ask the City to do something about the drainage there.

Carol Morris said she was coming home from church and didn’t realize how deep the water was.

“I got down on the road and turned, and when I turned the car went straight down the ditch,” Morris said.

She stayed in the car, fearing that if she got out, more water would come in.

“The water then came in from the bottom of the car. It was very scary,” Morris said.

Now the markings on his lawn and letterbox show where the accident happened, but it is not the first time neighbors have lived on SE 9th Ter. were concerned about the water.

In September, Chris Doyon filed a petition with city council to tell them about the problem.

Doyon showed us dead fish left in his neighbor’s yard from the flooding, and we spoke with a kid who has a kayak he uses when flooded.

“It’s deep and the only way to get to my neighbor’s house is by kayaking,” said Jace Kelso.

But Doyon said Morris’s accident made him realize how bad it could be.

“Say, little Jace, the kid in the kayak was over there, guess what, we’ve got a dead kid now,” Doyon said.

The City said it was working on improving drainage in the neighborhood, saying “the competitive bidding process is underway. The City plans to hire a contractor to complete the work.

But Doyon said he just wanted the city to come out and clean the drain again.

“They have to maintain these drains because they’re obviously undersized and they’re getting clogged,” Doyon said.

Part of the problem in this neighborhood is that a nearby subdivision, called Celebration Cape, has a wall behind it that is in violation with the South Florida Water Management District. This wall allows water to flow below to the SE 9th Ter.

The Water Management District tells us that Real Estate Development is working with them to address this issue.