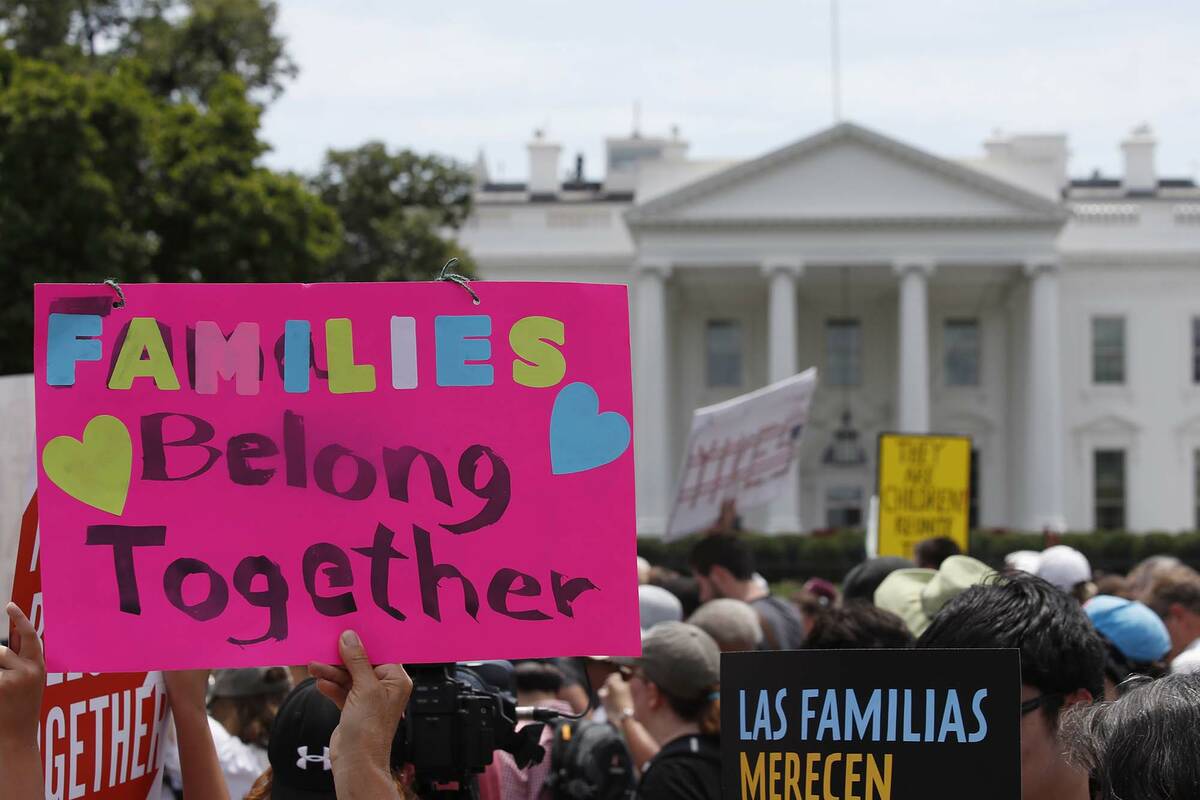 Here’s something you already know: America has a crisis on its southern border.

Much of this can be attributed to the giant â€œhelp wantedâ€ sign facing Mexico. Decades of hiring undocumented immigrants – even in some cases recruiting – to do jobs Americans wouldn’t do have blown our faces. Suddenly we have too many applicants at our career fair.

Or we can chalk it up to the Statue of Liberty pedestal inscription. Who knew that the invitation of the so-called â€œMother of the Exilesâ€ would be taken literally by the â€œcrowded massesâ€ and â€œmiserable garbageâ€ desperate for a new life and a second chance.

Meanwhile, there are politicians in both parties who are not about to let a debacle go by. They are eager to convert it into a sword and use it to skewer the opposition. They are not interested in finding solutions, only in assigning blame. Fortunately for both sides, there is the blame for everyone.

The headline of the week was the news that in fiscal 2021, which ended in September, US authorities detained more than 1.7 million migrants along the US-Mexico border, and arrests by the border patrol reached the highest levels on record. The increase in illegal crossings started under former President Donald Trump, but the numbers really skyrocketed once President Joe Biden took office. The peak months were July and August, when more than 200,000 migrants were detained.

This is all according to unpublished U.S. Customs and Border Protection data that was recently obtained by The Washington Post.

Progressives on the far left of the Democratic Party who are already angry and frustrated that Biden has co-opted so many of Trump’s immigration policies would do better to prepare. Over the next six months, they are likely to become even angrier and more frustrated.

As the 2022 midterm elections quickly approach and Democrats panicked to maintain their tiny three-seat majority in the House of Representatives and their non-existent majority in the Senate, Biden is set to pass “Full Trump” at the border.

After being reprimanded by a federal judge, the Biden administration announced that it would reinstate the “stay in Mexico” policy as early as next month. It was in February that Biden suspended the policy, which required Central American asylum seekers to stay in Mexico until their immigration hearings. The Department of Homeland Security formally ended the policy at the end of May.

Of course, Biden was already acting a little “Trumpy” on immigration. For example, he kept in place Title 42, a controversial policy Trump conveniently enacted in March 2020 to speed up evictions – supposedly to prevent the spread of COVID-19.

Soon the president will fully withdraw from some of the very reforms he put in place shortly after taking office – reforms meant to restore compassion and common sense to U.S. immigration policy. But don’t fall for the narrative that Biden rescinds these policies under duress. Once moderate, always moderate. You don’t stay vice president for eight years as vice president of the “chief spoiler” – former President Barack Obama – without learning a thing or two about how to toughen politically motivated immigrants and refugees. .

On that note, it was striking that Obama recently referred to the US immigration system as “dysfunctional” given that he and his restrictive administration have done a tremendous job of breaking it down.

In times of crisis, Americans want strong, determined, courageous and decisive leaders. This is all true.

But when faced with a challenge, it would be useful for us to be equally clear about the type of leader we not want to. We don’t want people who sag under pressure, or do a cost-benefit analysis on every potential solution, or abandon their principles – if they already had them to begin with. We don’t want people to change their minds because of the political wind, or reverse their own reforms when the price gets too high. Finally, we don’t want people who think they can please everyone, which tends to be a sure-fire recipe for not pleasing anyone.

There is indeed a crisis at the southern border. And Americans must make sure that the situation is not made worse by the other, even more serious crisis we are struggling with – the leadership crisis.

Contact Ruben Navarrette at [email protected] His podcast, â€œRuben in the Center,â€ is available in all podcast apps.