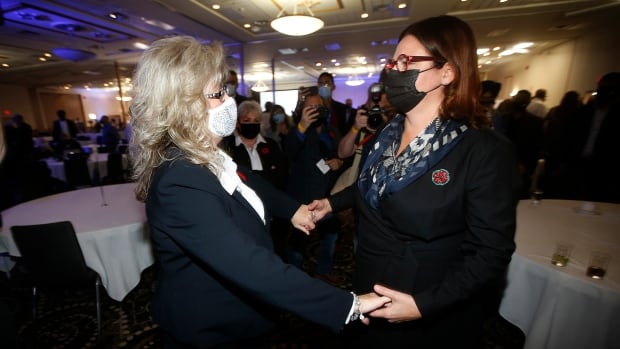 Dave Hill, Glover’s legal counsel, wrote to the Lieutenant Governor of Manitoba. Janice Filmon on Monday to request a postponement of the swearing-in of Heather Stefanson as new prime minister.

Stefanson won Saturday’s election by 363 votes, but Glover did not admit defeat, citing irregularities in the vote count.

“There were substantial irregularities involved in this election which impacted the outcome and the vote count,” Glover said Monday in an interview.

In the letter to Filmon, Hill said there appeared to be “substantial irregularities” that affected the outcome.

“Accordingly, I will shortly be seeking an order from the Court of Queen’s Bench declaring the election results invalid and requiring a new vote,” Hill wrote.

â€œI respectfully request that you defer the swearing-in of a new premier of Manitoba until the Court has decided on this matter.

Stefanson will be sworn in at 2 p.m. Tuesday, a spokesperson for his campaign said.

Kate Gameiro, Executive Director and Private Secretary to the Lieutenant Governor. Filmon, said his office would not comment on the leadership race.

A spokesperson for the PC party said the race results were as announced on Saturday.

On Saturday, the chairman of the leadership selection committee, George Orle, denied that the ballots had not been distributed to some party members.

Camps Glover and Stefanson said Wednesday that at least 1,200 of the party’s 25,000 members had not received ballots.

â€œAnything about the missing or undistributed envelopes is wrong,â€ Orle said Saturday at the party’s convention at the Victoria Inn in Winnipeg.

CBC News has asked Prime Minister Kelvin Goertzen for comment, who said he had prepared his letter of resignation.