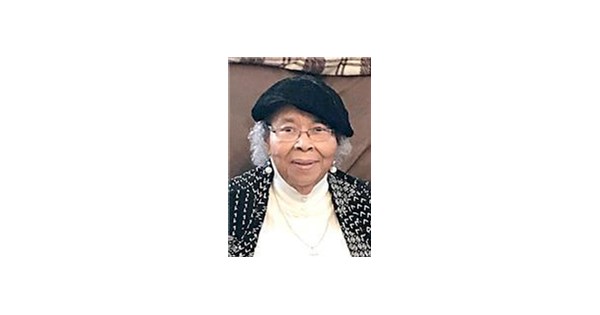 IRENE DRAYTON
Let us not mourn the return of Irene Drayton but celebrate her life as a devoted Christian; the world was a brighter and better place for her, having been a part of our lives.
Our beloved Irene Thomas Drayton was the second of seven children born to James and Lucille Thomas on March 9, 1933 in Pelham, Georgia. She attended elementary and secondary school in Pelham. While still a young woman, she moved to Jacksonville Beach with some high profile business owners who owned several hotels in the area.
At a young age, Irene was baptized at New Hope Baptist Church in Pelham, Georgia. Having a strong Christian background was an important part of her personality, so when she moved to the Jacksonville area, she immediately started with Roberts Mt. Pisgah AME Church. Then she joined the New Friendship Missionary Baptist Church under the direction of Rev. George Curry, which is currently under the direction of Rev. Marvin Nash.
As a member of the New Friendship Missionary Baptist Church, she served on the choir and the board of directors; she was the secretary of the church, she attended prayer meetings regularly and supported Bible study. She was also well known for her culinary skills and participated in fundraising campaigns.
Irene has worked with dedication in a variety of missionary work capacities, such as feeding and serving the homeless in shelters in and around JAX Beach. She also worked with the SHARE program to provide food to low-income families in the area by traveling to and from Orlando to collect and distribute food items. As a member of the Never Grow Old Club, Irene organized and supervised arts and crafts activities for the elderly at local centers and distributed flowers to local nursing homes. As a member of Church Women United of the Beaches, Irene has attended retreats in various locations within and outside the state to expand her knowledge and skills in Christian service. Irene was an important part of a group of citizens who cared for the concerns and well-being of her community. One such example was the problem of dead-end access between the fire department and its community neighborhood. After several fires hit the area, Irene was instrumental in working with the city government to establish a street providing access and shortening response times allowing fire trucks to reach the community more quickly. by saving property and helping families. Finally, Irene served for many years as President of Lily White Lodge # 121 working to preserve the principles of Friendship, Truth, Brotherly Love, Justice and Charity.
For her philanthropic efforts, Irene has received several awards from the New Friendship Baptist Church, as well as awards from the Lily Security Benefit Association of Florida; the Margaret Wingfield Community Service Award and several Pray Until Something Happens (PUSH) awards.
At work, she performed all the tasks with exceptional fun and attitude. She has excelled in her workplaces: the Selva Marina Country Club (Atlantic Beach) for twenty-one years as a chef; and for the Weed family for twenty-two years as a home caregiver where she safely guided their three daughters from infancy to adulthood. This bond of love still exists today.
Irene’s favorite hobbies were outdoor gardening, fishing, bowling and most of all cooking (she was an exceptional cook).
Danny and Irene united in Holy Matrimony on December 1, 1977 by making a solemn vow until death do us part. They had been together for many years. Her husband, Danny, predeceased her; his mother, Lucille Bryant Thomas; his father, James Thomas Sr .; two of his brothers: James Thomas Jr. and Nathaniel Thomas; his older sister, Mamie Belle Cochran and his brother-in-law, Isaac Cochran.
She lets her life cherish: her two sisters Annie R. Thomas of Hollywood, Florida and Maudie M. Murray of Cleveland, Ohio; one brother Johnny Thomas of Fort Lauderdale, Florida; a close cousin, Cynthia P. Mitchell of Hilton Head, South Carolina; several uncles and aunts, several nieces, nephews and cousins; and a host of family and friends from the church.
Irene Drayton was escorted to her heavenly home by the Angels of God on Thursday, November 4, 2021. Viewing will take place on November 20, 2021 at 11:00 a.m. and services will follow at 1:00 p.m. at Beaches Memorial Park, 1500 Main St., Plage de Atlantic.
Online tributes can be made at www.cartersfuneralhome.com Arrangements by Sarah Carter Funeral Home.

3 Leadership Lessons to Help You Thrive in Uncertainty