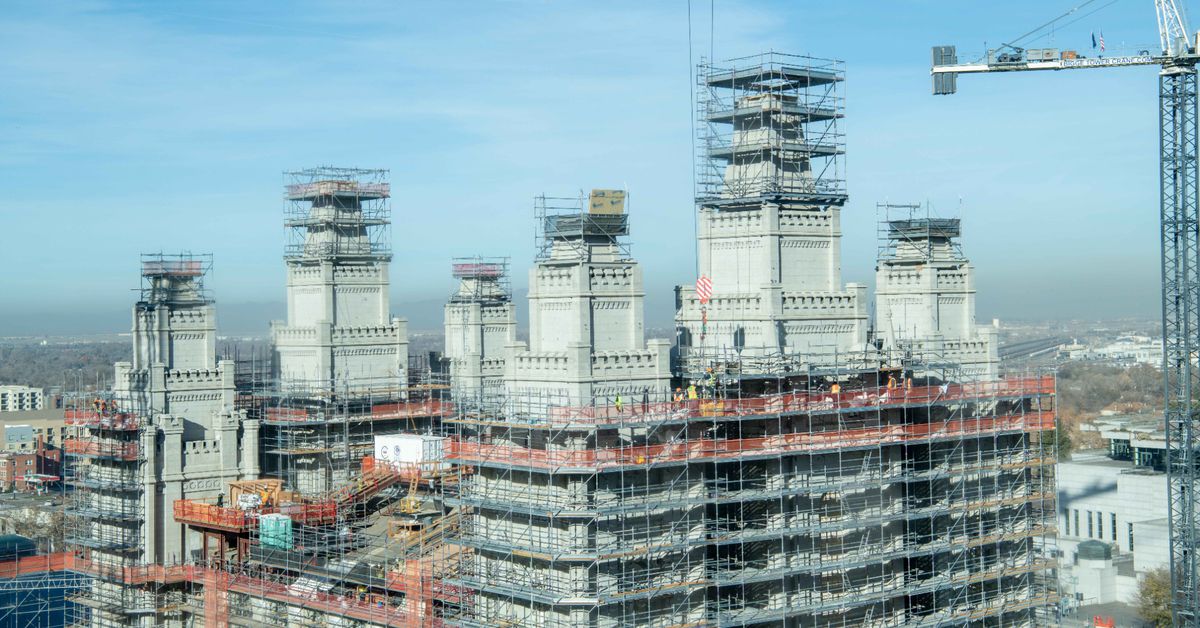 The renovation of the Salt Lake Temple will take a year longer than originally planned, according to a statement released Monday by the First Presidency of The Church of Jesus Christ of Latter-day Saints.

Early estimates from church officials were that the project to strengthen the foundation of the iconic temple in the center of historic Temple Square in downtown Salt Lake City, Utah, would take until 2024. The project started at the end of December 2019.

The First Presidency has released a new estimate that the work will be completed in 2025 due to additions it made to the project and the need for more work than originally anticipated.

Originally built over 40 years and completed in 1893, the foundations of the Salt Lake Temple will soon be underpinned by a seismic reinforcement system called base insulation.

Temple Square is an official National Historic Landmark and a formidable tourist attraction, drawing 3 to 5 million visitors annually, according to visitsaltlake.com. Much of the plaza is currently under construction, but visitors are still welcome at the Tabernacle and across the street at the Conference Center, which serves as a visitor center. Visitors can view the construction and renovation work from the upper floors of the Palais des Congrès.

A larger Temple Square renovation project is also underway. The fountains in the Church Office Building Plaza have been removed and teams are preparing the ground for flag poles that will carry the flags of the nations of the world.

The polystyrene blocks currently installed in the square are spacers. They should be covered with topsoil for landscaping. Using styrofoam reduces the amount of soil and therefore the weight on a concrete deck that has been damaged and caused water to leak into a parking garage while using the fountains.

The scaffolding around the temple towers is used by crews who carefully remove and catalog stones from the towers and east walls for repair and restoration.

Workers removed the Angel Moroni statue in May 2020 and stored it until the seismic upgrades were completed.

Crews laid concrete over more than half of the area for the planned addition north of the temple. The foundations for the new floors will be laid on this concrete. An additional concrete pour, the largest to date, will take place this week, when workers pour 1,800 cubic meters of concrete that will form the first quarter of what will be a 42-inch-thick lower floor for the addition. . The pour will take eight to 10 hours using three continuous pour concrete pumps.

Drill through the towers

One of the new processes underway in the renovation is a project of drilling vertical holes through the columns of the towers and walls of the temple. Initial drilling has started in the north wall near the northwest tower. After the holes are drilled, workers will insert post tension cables that will be anchored into the foundation 80 feet below.

Insertion of pipes under the temple

A term for more on the renovation process is “jack and bore”. The jack and bore process has been going on for months now. The goal is to seismically strengthen the temple by inserting large pipes under the existing temple footings and foundations, reinforcing them with steel, and filling them with structural concrete.

Workers dig half the space for the pipes by hand and the other half with large green augers.

The original construction of the temple was much slower. In fact, after the first 14 years, no work had been completed above ground on a temple that now stands at 223 feet with the statue of Angel Moroni atop its tallest spire.


Register to receive the newsletter