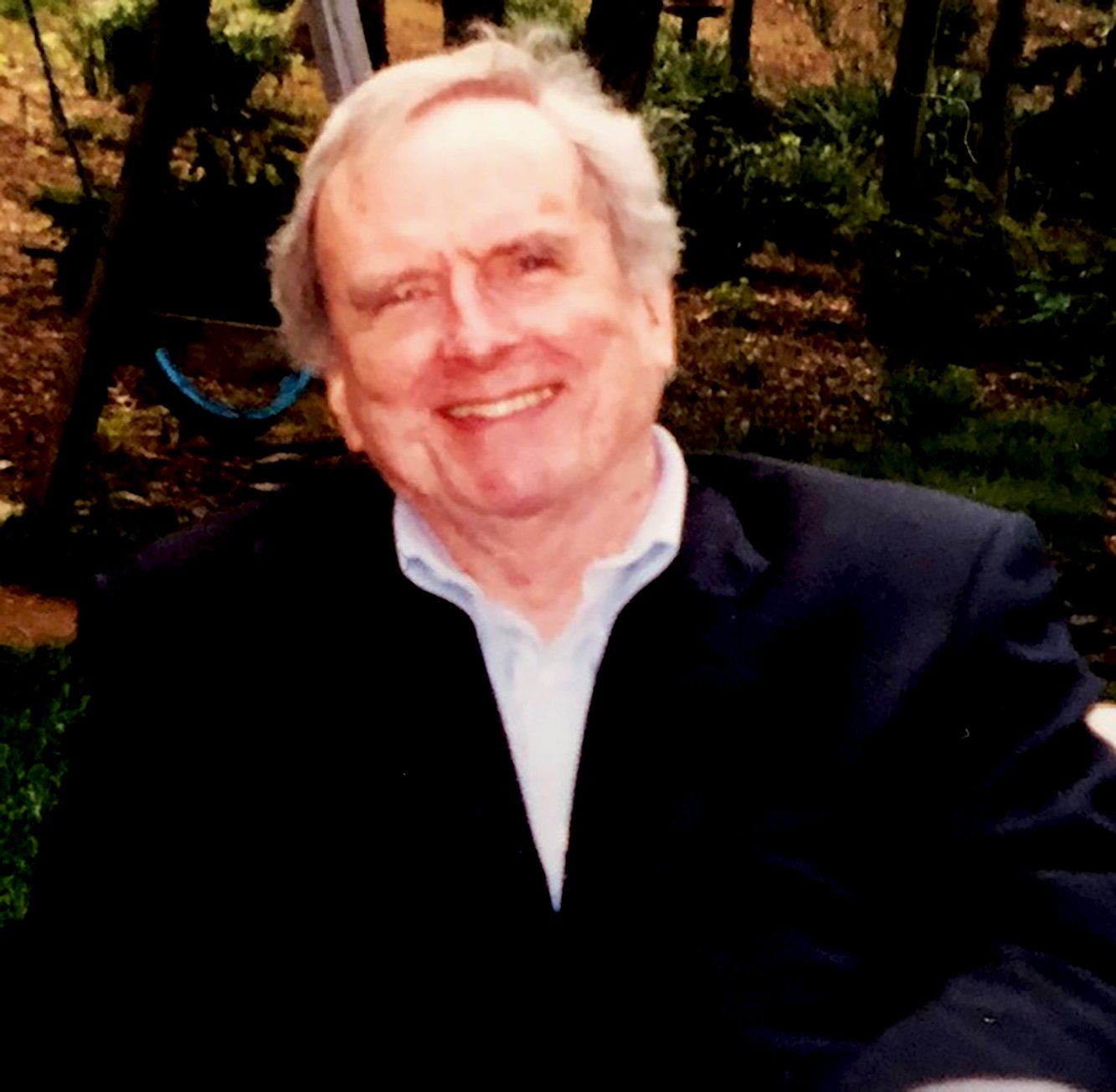 WASHINGTON, DC – Thomas J. Quigley, who served 45 years in the service of American bishops primarily in the area of â€‹â€‹foreign policy, died on December 11 at the age of 91. He was in hospice care in Arlington, Virginia.

When he agreed to a buyout in 2007 along with dozens of other employees as part of a bishops conference restructuring, no one at the USCCB served a term longer than his 45 years there.

Considered a key voice in Latin American affairs, Quigley was with Saint Oscar Romero on the eve of the Salvadoran Archbishop’s martyrdom on March 24, 1980, while he was celebrating mass. He first met the prelate in 1977 and they did not see each other again until March 23, 1980.

â€œFive of us from the American churches had made a hastily organized ecumenical visit to El Salvador, seeking to express the solidarity of the American religious community with him and the people of his country and to learn what we could from the present day. , rapidly changing situation, â€Quigley wrote in September 1980.

Quigley recalled the American delegation attending mass at the Basilica of the Sacred Heart.

As the Archbishop, priests and seminarians entered, “the applause was thunderous, shaking the wavy roof (of the basilica), making the most non-liturgical in our society cry,” Quigley recalled. â€œHe was simply a pastor receiving the loving embrace of a people who saw themselves, their sufferings and their hopes, embodied in this humble figure.

â€œIt didn’t occur to me at the time, but it has happened to me often since that day, the day before his martyrdom, was as vivid a recreation as I could imagine of the way. sown with palm trees leading to Jerusalem. “

Quigley is the author of the Introduction to the English Translation of the Saint’s Diaries written when he was Archbishop of San Salvador.

â€œHe served the (bishops’) conference for decades and made a real difference. The world and the church are better for Tom’s faithful, principled, consistent and persistent leadership, â€said John Carr, who for many years was Quigley’s boss as director of what was then known as the Office for Social Development and World Peace to the American Bishops. ‘conference.

“He was a historical figure in the (bishops’) conference and the relationship between the church in the United States and the church in Latin America,” Carr said in a Dec. 12 email to Catholic Information Service. â€œHe has a powerful legacy of working for justice and peace for decades. Latin America is more just and more peaceful because of its calm and courageous service.

Frank Butler, Retired Director of FADICA, Foundations and Donors Interested in Catholic Activities, said SNC On December 14, Quigley was “one of the church’s most informed and influential social justice advocates in the United States over the past half century.”

â€œTom was unmatched in his wisdom and insight into Latin America. He has played a huge role in connecting the church in this country with the struggles of other Christians there, â€said Butler. “His kindness, intelligence and deep devotion to his faith explain the inspiring impact that Tom Quigley has had on those with whom he has worked.”

Born July 18, 1930, Quigley was originally from Geneva, New York, and had at one point studied to become a Maryknoll priest.

When he came to work for the bishops in Washington, one of his first assignments was to oversee the national office of the Pope’s Volunteers, a Peace Corps-like program inspired by St. John XXIII.

The organization was started in 1961 as a lay Catholic response to the Pope’s missionary call and has focused on sending volunteers to Latin America. It was dissolved in 1971, although some dioceses continued to send volunteers until 1975.

Although Quigley is best known for his ideas on Latin American affairs, in the decade before his retirement he changed course and also became a policy advisor on Asian and Caribbean issues.

In 1999, Quigley traveled to Vietnam with a delegation of American bishops before making a detour to East Timor, then a troubled province of Indonesia. He called the trip to East Timor, days after Indonesia’s independence vote, a “solidarity visit” to show his support for the church there.

Quigley stayed at Bishop Carlos Filipe Ximenes Belo’s residence in Dili, the provincial capital, attended the Bishop’s open-air mass the next morning and flew from East Timor in the afternoon. . The next day, pro-Indonesian militias attacked and set fire to Bishop Belo’s residence.

His appearances at Congressional hearings were a fixture on Capitol Hill. In 1977, for example, he testified on the human rights condition in El Salvador, “with particular reference to the persecution of the church”.

In 2001, he testified before the Congressional Human Rights Caucus that the church in Vietnam was “limited” but not persecuted.

It cannot be “denied that religious freedom is severely restricted in Vietnam today,” he said, but he also pointed out that it should be noted that the government’s relations with churches s ‘were improved, especially in the case of the Catholic Church.

Quigley’s voice, carved out by decades of experience, carried a gravity few matched in government or religious circles.

In 1989, as Manuel Noriega of Panama asserted autocratic rule in the country, Quigley declared that the American bishops would follow the request of the Panamanian bishops and not ask the United States government to intervene militarily – although President George HW Bush eventually sent US forces to Panama to drive out Noriega.

Unilateral US military interference in Panama had been “ruled out” by the Panamanian bishops, he noted. Such an action would nullify the “goodwill” that developed between the two nations following the Panama Canal Treaties of 1977, which allowed Panama to gradually take control of the Canal.

In 1994, Quigley was one of 3,000 election observers in El Salvador. He pointed out “the constant problem that people would come to me and say ‘I can’t find my name on the (voters’) list'”.

In 1999, he visited El Salvador, Honduras and Nicaragua with several American bishops to assess the damage caused by Hurricane Mitch.

In 2006, he was at the meeting of the Colombian Bishops’ Conference, after which he said the bishops were resigned to President Hugo Chavez’s retention in power and were seeking to build bridges with him.

Even in retirement, he put his decades of experience at the service of relevant foreign policy issues.

During a 2013 panel on Cuba sponsored by the Brookings Institution, Quigley recalled that shortly after Fidel Castro’s revolutionaries came to power in 1959, religious schools were closed and church property was shut down. been taken over by the state.

Many priests and nuns were kicked out and many more left to fend for themselves, he said, while those involved in the church – any church – were discriminated against at best and sometimes harassment and detention.

Quigley said the transition from Fidel Castro’s reign to that of his brother, Raul, was a factor of more dramatic change for the church. â€œIt was Raul who helped pull the Catholic Church at least in part out of the cold,â€ he said.

â€œFor decades, Tom Quigley has consistently and faithfully supported the church and people of Latin America. Tom shared his unparalleled knowledge, built lasting bridges and worked consistently for justice and peace in a region marked by injustice and conflict, â€said Carr, now co-director of the Catholic Social Thought Initiative and public life at Georgetown University in Washington.

â€œIn a calm and humble manner, Tom shared Oscar Romero’s testimony and vision with the church in the United States more than anyone. He has helped bishops, policy makers, and the rest of us listen to and learn from a Latin American church struggling to hear and support the poor and oppressed. Tom’s knowledge, advocacy and passion for the poor are examples of lay leadership and church service at its best, â€Carr added.