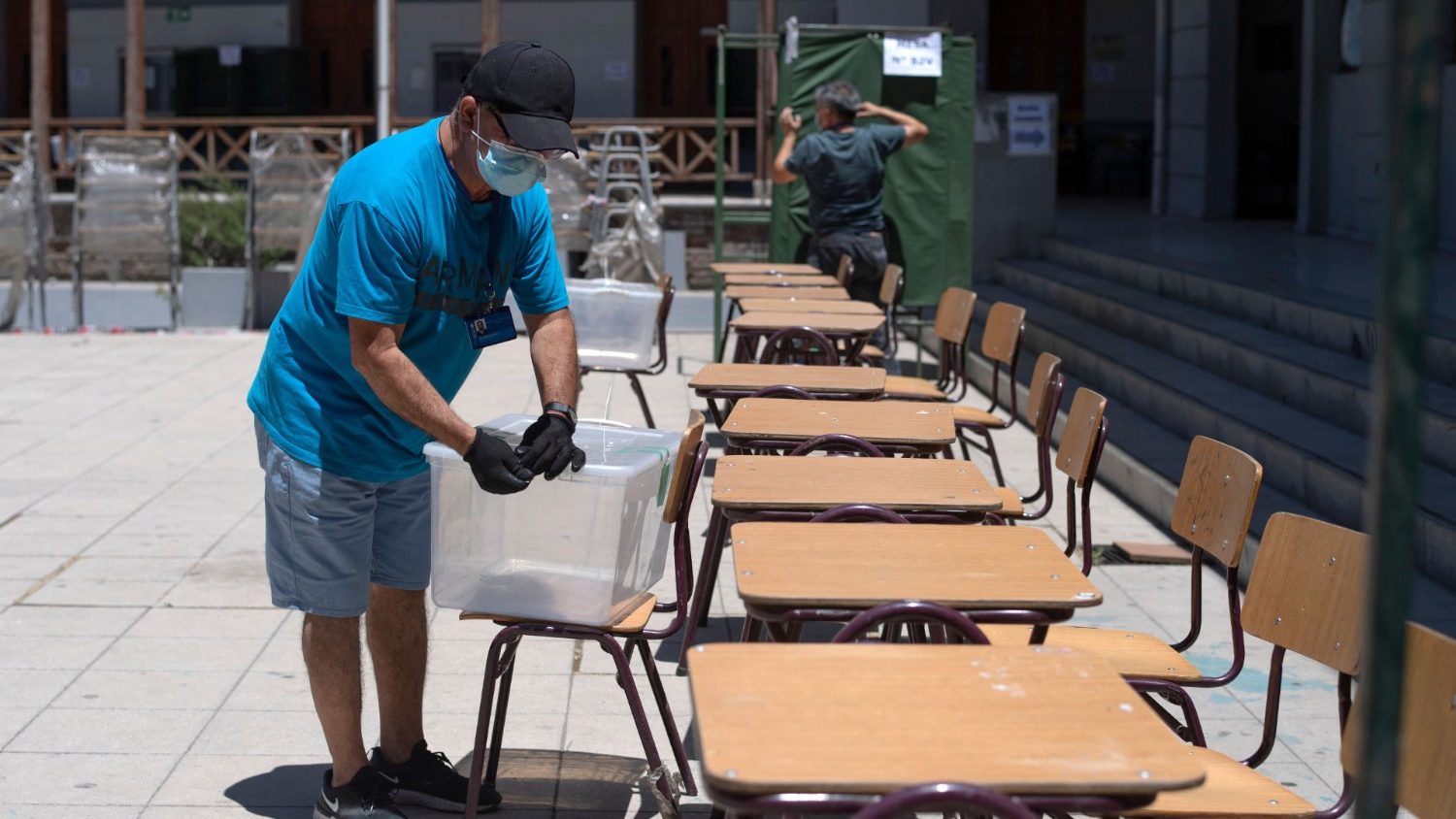 Ahead of elections, Chilean bishops remind citizens that voting is a civic duty

On the eve of the much-awaited elections in Chile on December 19, Chilean bishops urge citizens to exercise their right to vote and express concern at the growing polarization in the country.

Chile are set for their most controversial presidential runoff since returning to democracy on Sunday, with two political underdogs vying for the post in what is expected to be a close race. Voters will be called upon to choose between far-right conservative JosÃ© Antonio Kast of the Chilean Republican Party, a former congressman sometimes compared to Brazilian President Jair Bolsonaro and supporter of former dictator general Augusto Pinochet, and left-wing lawmaker and former student activist Gabriel Boric who heads a coalition including the Communist Party.

The result is likely to be the most radical political change since the end of the Pinochet regime in 1990.

Before the ballot, the Chilean bishops invite Catholics “to vote conscientiously, in the light of the fundamental Christian principles which are the basis of social and political order”. They also urge all citizens to exercise their right to vote, reminding them that participation is at the heart of democracy.

Faced with two radical candidates with opposing social and political views, moderate voters might be tempted not to vote at all. However, in a message published Thursday, the Standing Committee of the Catholic Episcopal Conference (CECH) stresses that voting is a civic duty which must be honored by all citizens “even when the options at stake seem insufficient”. the â€œgreatest common goodâ€ possible in the given circumstances, underline the Chilean bishops.

The message is also addressed to the two suitors, calling on the incoming president to rule the country in the interest of all Chileans, “seeking the path of dialogue, consensus, justice and brotherhood”: “We ask the two candidates to respect democratic values, to accept opinions of citizens and to collaborate to build a political community whose soul is social charity, â€they write.

Without taking sides, the Chilean bishops do not mince their words to criticize the aggressiveness of the electoral campaign which, according to them, only contributes to the political disenchantment of the citizens “and has often prevented from addressing the fundamental problems of the Chileans”. In this regard, they welcome the more moderate proposals that have been put forward in recent weeks by the two candidates.

Finally, the press release warns that Chilean citizens should also have their share of responsibility towards their country: â€œWe should not expect everything from those who govern us, because that would be childish. We have the space we need for co-responsibility in creating and implementing new processes and changes â€, the bishops conclude, echoing the words of Pope Francis inâ€œ Fratelli Tutti â€.

Voters’ attendance will be crucial in Sunday’s poll. Three-quarters of the more than 15 million registered voters in Chile did not vote for either of the two candidates running last month. More than half did not participate at all and more than 45 percent of those who voted voted for one of the other five candidates.

In October 2020, an overwhelming majority of Chileans voted to rewrite the constitution in a referendum, held following street protests across the country a year earlier against high-level inequalities in Chile. One of the main demands of the protests was to replace the country’s constitution during the time of the dictatorship which protesters said caused much of the inequality in Chile by giving undue weight to the private sector. Chilean. Boric supported this request, while Kast opposed it. A convention of elected citizens is currently drafting a new constitution, which should be completed and submitted to a referendum during the next presidential term.