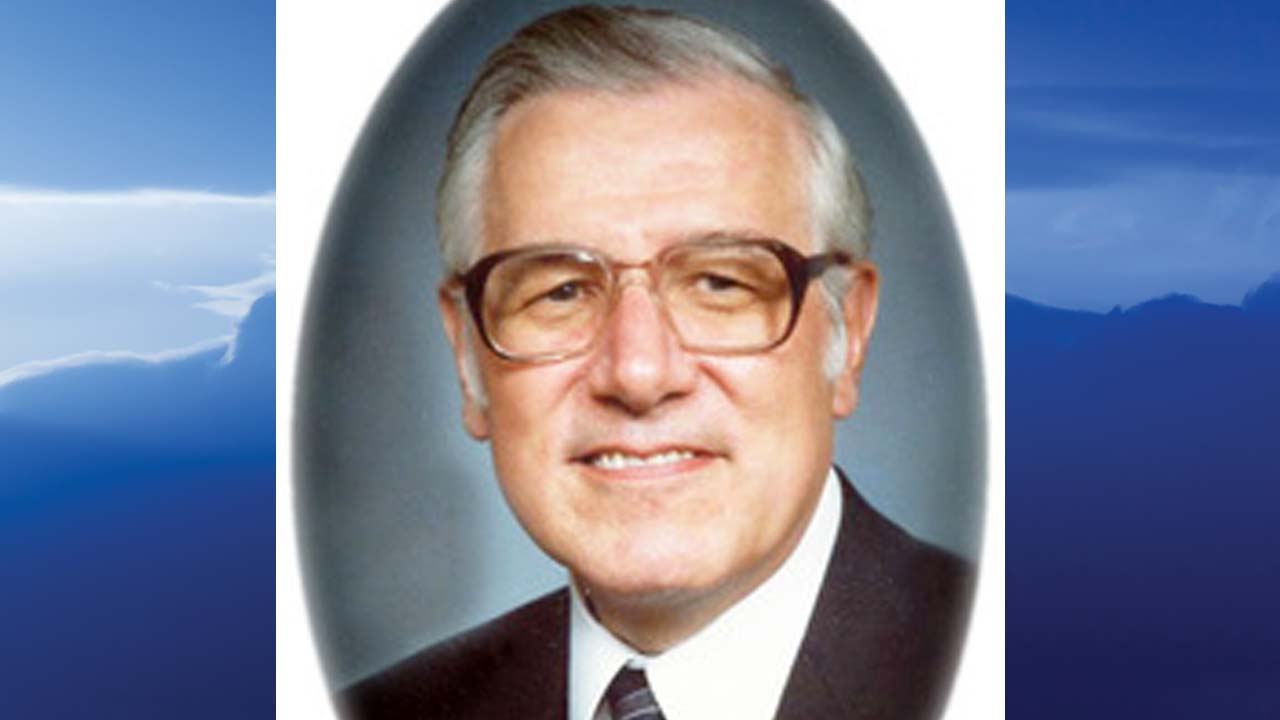 He was born in Sharpsville, Pennsylvania, son of Scott W. Lewis and Laura (Herriott) Lewis.

He married his high school girlfriend, Mary Lou Hazen, on September 3, 1948, in the First Presbyterian Church, Sharpsville, Pennsylvania. She predeceased him on December 17, 2014. Their marriage was a love affair of a lifetime. They have spent seventy wonderful years together and have traveled extensively in the United States, Canada and Europe. These trips often included their daughter Nancy and her family.

Nancy held a special place in her father’s heart. He was very fond of his granddaughters Lauren and Sarah and his great-granddaughters, Ila Rose, Magnolia Ann and Adelaide Louise.

He was a graduate of Sharpsville High School and Allegheny College, where he received recognition in economics.

He was a member of the Phi Gamma Delta Brotherhood.

After graduating from college, he enrolled in the United States Steel Corporation’s management training program, where he held various positions in systems analysis, cost analysis, and industrial engineering. Mid-career, he obtained an MBA from the University of Chicago. Shortly after his retirement from active business management, he obtained the Chartered Financial Planner (CFP) designation from the College for Financial Planning in Denver. At that time, he held a full securities license issued by the Securities Exchange Commission. In retirement, he wrote and published a book titled, “In search of inner peace and financial freedom, stepping stones in a chaotic world.” He obtained a doctorate in business administration from Taft University at the age of 92.

He retired in 1987 after serving for 14 years as president of Valley Mold & Iron Company, with operations in Hubbard, Ohio, Cleveland, Ohio and Chicago, Illinois. During part of that time, he was also vice president of Microdot, the parent company. The Mahoning Valley Management Association honored him in 1984 as Director of the Year. His previous employment included Weil-McLain Company, Michigan City, Indiana, where he was vice president of manufacturing, with factories in Michigan City, Indiana and Erie, Pennsylvania. He was factory manager for Crane Company, New Castle, Pennsylvania. He worked 11 years for Shenango, Inc., Pittsburgh, where he held various leadership and management positions including Chief Industrial Engineer, Director of Industrial Relations, Director of Information Systems and Plant Superintendent.

He was active in community affairs. He has served on several boards, including Dollar Savings and Trust Company and the advisory board of his successor, the National City Bank, NE. He has also served on the board of directors of Allegheny College, American Iron and Steel Institute, Goodwill Industries, United Way Community Corporation, Chamber of Commerce and Boy Scouts of America. He served on the advisory board of the Society for the Blind and Disabled and was a past president of the Industrial Information Institute. In 2001, Allegheny College awarded him the Blue Citation Award in recognition of his service to the College.

He was a former business member of the Youngstown Country Club, Youngstown Club and Duquesne Club, in Pittsburgh.

He was a veteran of the United States Marine Corps, having served between 1946 and 1947.

The survivors are her daughter, Nancy (Lewis) Schmidt and her husband Thomas Schmidt, Sanibel, Florida; her granddaughters, Dr. Lauren (Schmidt) Colbert and her husband Nathan Colbert, of Houston, Texas and Sarah Schmidt, of Houston, Texas; His great-granddaughters, Ila Rose Colbert, Magnolia Ann Colbert and Adelaide Louise Colbert, Houston, Texas, survive him; He is survived by a sister, Shirley (Lewis) Minner of Ashland, Ohio and a number of nieces and nephews also survive.

There will be no calling hours.

Interment will be held at Hillcrest Memorial Cemetery, Hermitage, Pennsylvania.

Pat Chun, Sun Bowl leadership on how they brought CMU to El Paso