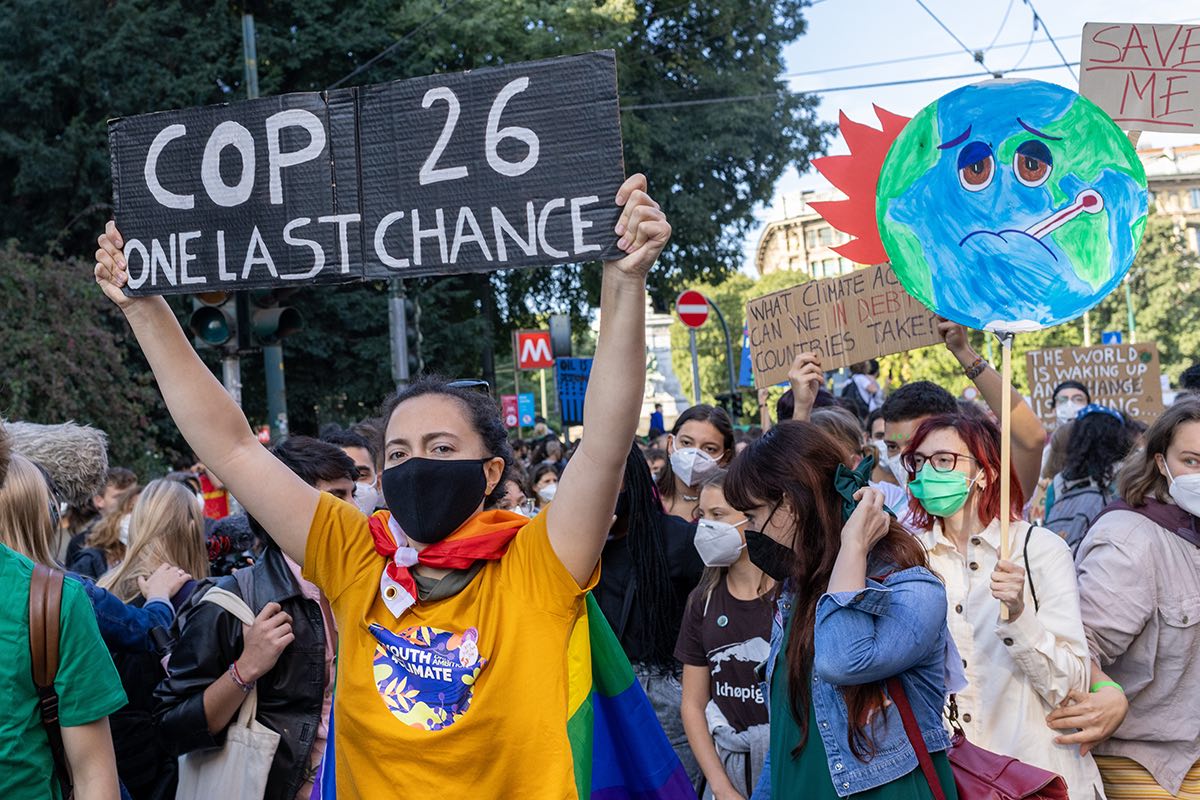 “The Climate Conversation Will Define Us” – Anglican Journal

Thoughts on a disappointing climate conference and a loving pledge

i was involved in the Anglican Church’s response to the climate crisis for a few years now. At one point, at first, I proudly told my teenage daughter Hannah that I said no to an invitation to serve on my diocese’s climate response committee. It is so important to be a role model without over-committing!

My beautiful daughter interrupted me. In fact, she said, if there was one thing she really wanted from the church, it was for her to be active in this discussion. So I went back to church and agreed to be part of the committee. (Turns out I was the first person to agree, so maybe – if I could chair the committee too?)

This work has become one of the most beautiful, stimulating and faith-forming activities that I do. I accompanied the committee throughout the process of creating a series of recommendations to guide our diocese in recognizing and responding to the current climate emergency. I have met people I would never have had the honor of meeting otherwise. And I learned. I learned a bit about climate science and something about emission reductions. And I’m still learning a lot about righteousness in dealing with people and with Creation.

And so, when For the Love of Creation, a grouping of faith communities and Canadian organizations concerned with climate justice, called for volunteers to serve as virtual delegates to COP26, the United Nations climate conference, I applied. As my manager reread my application, I told him that it was unlikely that anything would come of it, but they chose me.

Airplane engine pollutants are particularly harmful to the atmosphere, and our choice not to fly to a conference on reducing emissions from human activities was born out of our desire to align our actions and our values. So I was happy that our participation did not aggravate the issue of the shows. But I have also discovered that virtual participation in a conference like this is difficult.

The strangest part was flipping between the screens, without the time to wander my body between the rooms – without the time in the hallways and pubs to let the multiplicity of truths settle in the bones and the breath. One minute, I watched a parade of world leaders make carefully worded statements about the commitments they could safely make. The next second, in the movement of the screen, my heart was taken to hear the indigenous rulers of the islands of Panama explain that some of these islands are now extinct. My body remained still (except, of course, for the pilgrimage to the kitchen to boil my drinking water and turn it into coffee). Flick â€” my heart was with a new screen. This time, Canada’s Indigenous leaders spoke about their small-scale renewable energy projects being done in good connection with the land and people. Flick – now a Chinese official in military uniform with prominent national flags is sending his message about the compromises he was unable to make. Flick – Now a Fijian minister is speaking out begging the Global North to act and take responsibility for action and finances while standing knee-deep in the ocean.

Then, at the end of each day, the For the Love of Creation delegation met to debrief and share our observations over another coffee. (It was actually 9 a.m. BC time; since the conference was in Glasgow, Scotland, I started almost every day at 3 a.m.) We lit candles and we had prayed for Creation. We wrote blogs to share our experiences and cover the truths we have heard from around the world. And we talked about faith and power.

Our fellow delegate, the Reverend Tony Snow, a minister of the United Indigenous Church, spoke to us about the struggles for Indigenous voices to be raised. Globally, indigenous peoples are the most affected by climate change and are most often the protectors of the earth. But we have not seen many indigenous delegations to official arenas of power influencing final decisions.

The Saturday following COP26, there were authorized announcements of agreements. For the first time since the start of the United Nations climate change conferences in 1995, fossil fuels have been identified as a major cause of climate change, and the need to end their use in human energy production has increased. been expressed. But the final wording was carefully toned down and, disappointed, I closed my screen. I cried and watched the rain.

As I write these lines at the end of November, I am clicking on the news. British Columbia has declared another state of emergency. The last was in response to this summer’s dome of heat that killed people, plants, and animals – this summer of wildfires when all of Creation groaned. Now there is flooding; the water flowed through the roots of trees that no longer lived to absorb the rain. Mudslides and flooding are wreaking havoc in the province.

I look at my screen again. Click â€” the news, with a reminder that most of BC’s dairy products come from the flooded area. Stories of food shortages are circulating and grocery store shelves are emptying. Click: A friend’s social media post saying they’re safe but stuck between mudslides. Click â€” a screen full of toxic smoke rising above a flooded RV storage area. Click â€” more information on people, plants and animals killed. Creation groaned again.

This land contains the stories of the indigenous peoples who never ceded it – for example, the stories of Sumas Prairie, which was once a lake and supported the people and creatures who lived there before the farmers.

And now everyone â€” my family, friends, church and neighbors â€” is asking, what does COP26 mean? What have you learned? My heart moans.

I believe the answer to our climate crisis is going to be love. Not the kind of casual, easy loving, greeting card quote. I mean to be introduced, correctly, to Earth. Meet Earth like a mother, like someone you might have complicated feelings for. Keep that confused family feeling of gratitude for all that is received and accept the duties and obligations necessary to stay in a good relationship. I mean that love that requires calling and listening even when the message is hard to hear.

I think that means my daughter was right. The climate conversation will define us and the church must faithfully engage.

Reverend Alecia Greenfield is curate of Holy Cross Anglican Church in Vancouver. She is also Chair of the Diocese of New Westminster Climate Action Committee and a member of the Ecclesiastical Province of British Columbia Social Eco-Justice Committee. From October 31 to November 13, she attended the 2021 United Nations Climate Change Conference, often referred to as COP26, online as a member of the ecumenical initiative For the Love of Creation.