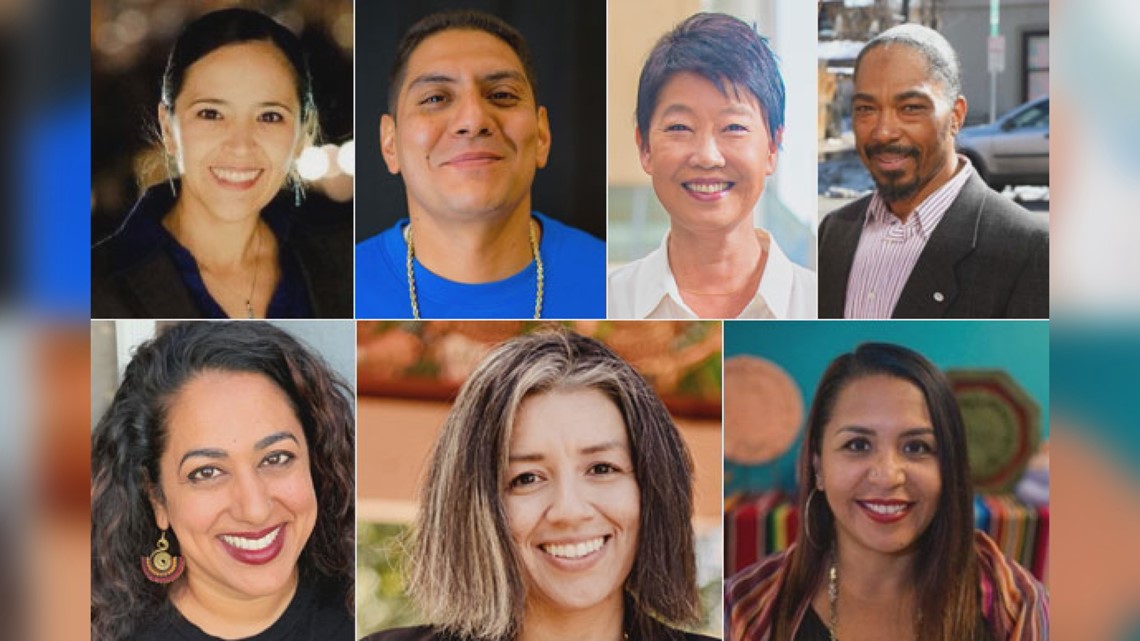 Since 2005, the Livingston Fellowship Program has supported nonprofit leaders in Colorado by providing opportunities to expand their professional growth.

COLORADO, USA — People who serve communities in Colorado are often found in the nonprofit sector. Many work tirelessly to advocate for and support the communities they serve.

“Hope is definitely something we need to focus on because if you’re filled with despair there’s no motivation,” Williams said. As a teenager growing up in Chicago, Williams said he witnessed a lot of death and chaos and was all too familiar with the feeling of hopelessness.

“But as a middle-aged person coming in, watching it all play out, I felt like I could let them know what was going on,” he said.

The work comes with painful stories, but Williams and her team are determined to guide people to better and more fulfilling paths.

“We do curriculum in schools, life skills, support groups, healing circles, we meet young people where they are,” Williams said.

Williams was one of seven selected as a fellow for the Livingston Fellowship through the Bonfils-Stanton Foundation.

Each year, the scholarship provides nonprofit leaders with the opportunity to advance and develop their leadership skills, which will help them better serve their communities. The foundation supports them with an investment of $35,000.

“I think what I’m looking forward to with my personal experience for the fellowship is that I’ve always believed in self-discipline and when someone has self-discipline in their life it’s a lot more easy for him to control some of the things that could become barriers,” Williams said.

“I want to go to cultures that are discipline cultures and learn how it naturally becomes a part of your life and how to teach it.”

The others selected for the cohort are:

Bañuelos has worked to improve the lives of his community for the past 22 years. She was the first in her family to graduate from college. Before joining Padres & Jóvenes Unidos (PJU), she worked as a promotura for ClÍnica Tepeyac and led bilingual community workshops. Born out of her own personal experiences and struggles, Bañuelos brought to life a leadership development program for young people. Movimiento Poder’s leadership development serves Latinx youth and parents.

Garcia grew up in the Globeville community of Denver and is now a community leader recognized for his public artwork, community outreach programs, and leadership in advocating for Denver’s emerging artists.

His art reflects the cultural, geographical and historical context through modern techniques. He co-founded BirdSeed Collective in 2008. It is an organization committed to improving their community using art and deep-rooted community connections.

Gonzalez has worked in the nonprofit sector for over 27 years. She was born in Monterrey Nuevo León, Mexico and raised in Los Angeles.

Cultivando is an organization dedicated to cultivating leadership in the Latinx community to advance health equity through advocacy, collaboration, and policy change.

She is also the CEO of OG Consulting Services, where she facilitates trainings/workshops on racial equity and justice and healing. Gonzalez is the proud descendant of the indigenous Yaqui/Otomi people who survived Mexican slavery, forced relocation and land theft.

The HolguÍn organization promotes strategies for a sustainable economy and works to transform the current economic development system into a more inclusive and equitable model.

She grew up in Denver’s Swansea neighborhood and has been organizing grassroots communities with immigrant and low-income communities since 2000. HolguÍn has dedicated her life to empowering disadvantaged communities to break the cycle of poverty through to education and entrepreneurship.

Lee is passionate about building community through the arts. She is an award-winning pianist and a Regents Scholar. Lee recently released a CD, In This World, with flautist Claudia Anderson.

She is also a director of the Boulder County Arts Alliance, National Guild for Community Arts Education, and an advisory member of Upbeat Colorado and Americas for Conservation + The Arts.

Mahajan is the daughter of South Asian immigrants from Punjab and has nearly 20 years of experience fighting for social justice. She is currently Treasurer of the Board of Directors of Cutivando (Commerce City, Colorado) and a member of the NorthStar Network Coordinating Committee. She is a graduate of the Satya Yoga Cooperative BIPOC teacher training program.

She has supported a number of local organizing campaigns, from police accountability to housing justice. She was instrumental in building the campaign that won paid family and medical leave for workers in Colorado.

“The Class of 2022 Livingston Scholars is a testament to the caliber of executive directors who are both grounded and working to serve diverse populations in the community,” says Fellowship Program Director Chrissy Deal.

Scholars are tasked with creating a three-year action plan for their personal leadership advancement.

According to the foundation, since 2005, fellows have participated in influential academic programs, met with other prominent leaders in their fields, traveled around the world.

Freezing weather grips the local area, be careful in the cold advice to stay safe, OL Church opens as a warming center