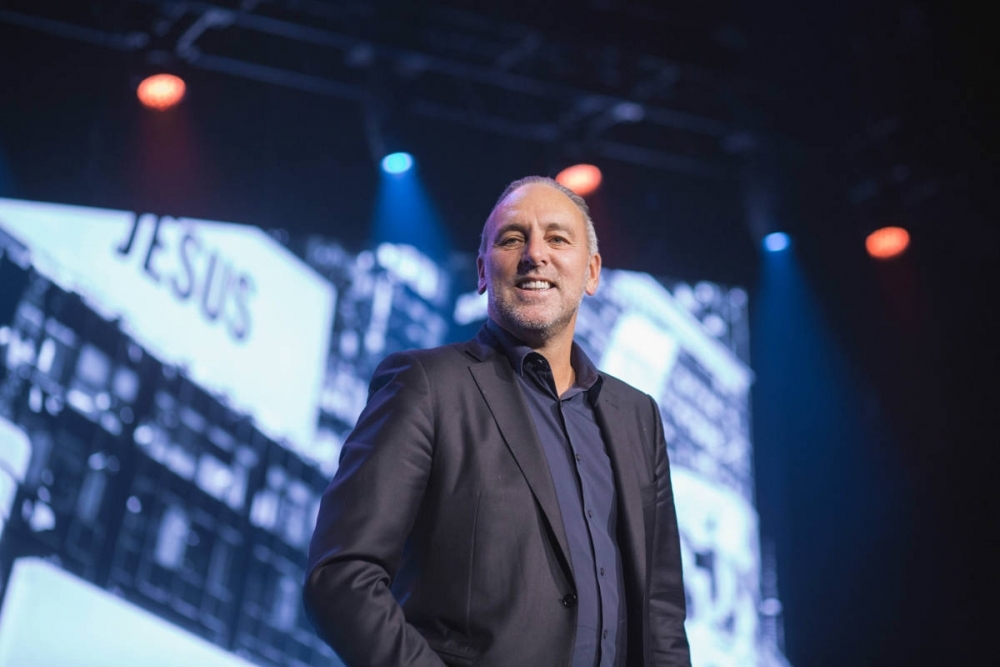 As Hillsong Church Global Senior Pastor Brian Houston announced on Sunday that he is stepping down from his role for all of 2022 as he faces criminal charges for allegedly covering up sexual abuse by his father decades earlier, the significance of that decision rings hollow to some who legally tangled with the evangelical network for abuse.

“I assume Brian Houston will still lead the show…and if acquitted he will return as a ‘hero’ who survived ‘persecution,'” wrote Billy Graham’s grandson and lawyer, Boz Tchividjian. , in one statement on Twitter Sunday. “Remember, this is just a guess…”

Tchividjian is the founder of an organization that helps victims of abuse called GRACE (Godly Response to Abuse in the Christian Environment). He defended Anna Crenshaw, a former Hillsong College student and daughter of a Pennsylvania pastor, who said she was sexually assaulted by a Hillsong church administrator in Australia.

In a statement to the Christian Post on Monday, Crenshaw said Houston’s resignation was the “right thing to do” it doesn’t carry much weight in his world.

“Brian Houston stepping down as senior pastor is the right thing to do. However, Hillsong continues its practice of trying to paint their failures in a good light, including their turn on the founder losing his title as he stands trial for covering up child sex abuse,” she said. declared.

“It’s off-putting that Laura Toggs, Brian’s daughter and Hillsong Young and Free’s youth pastor, calls the resignation a ‘sabbatical’ and a time of ‘rest,'” she added, pointing to a Instagram post made by Toggs on Sunday.

“A sabbatical is a time of rest and renewal. Being tried for concealment of child sexual abuse should not be a moment of refreshment. It is offensive to the justice system and to the victims of Frank Houston and their families.

Australian authorities have charged 67-year-old Houston with one count of concealment of a serious criminal act by his father, Frank Houston. The charge relates to the sexual abuse of a young man in the 1970s which Brian Houston allegedly learned about in 1999 when he was head of the Australian branch of the Assemblies of God. He founded Hillsong in 1983.

Frank Houston, who died in 2004, previously served as head of the Assemblies of God in New Zealand until 1971. Brian Houston expressed his “shock” and claimed his innocence when charged last year. He vows to “vigorously defend” the charge.

Anna Crenshaw told the Christian Post last year how the Hillsong church treated her as it fought to hold Jason Mays – a married Hillsong staff administrator, volunteer singer and son of the church’s human resources manager. church – responsible for inappropriately fondling her at a social gathering. . The experience eventually forced her to cut ties with the global network of churches.

“I’m not interested in supporting an organization that’s ready to deal with abuse like I’ve seen them deal with abuse. What happened with my relationship with Hillsong was once I reported to [the] church, that’s where things started to go downhill. … That’s when I saw how they dealt with abuse, and that’s something I don’t want to overlook in my relationship with the church,” the 23-year-old told CP last March.

Early last year, Houston issued a public apology and introduced a series of sweeping policy changes meant to correct “problems and misalignment in culture and practice” that have led to multiple sex abuse scandals and financiers in Hillsong East Coast in the United States, formerly led by the famous preacher Carl Lentz.

In August 2021, however, Houston was dealing with its own scandal.

Police allege Houston, who headed the Australian branch of the Assemblies of God from 1997 to 2009, “knew of information relating to the sexual abuse of a young man in the 1970s and did not not bring this information to the attention of the police”.

During his tenure Frank Houston was discovered to have abused numerous young boys in New Zealand and Australia. Brian Houston reportedly immediately forced his father to resign from Sydney Christian Life Center with a pension once he learned of the charges against him.

One accuser, who is now 59, told the Royal Commission Institutional Responses to Child Sexual Abuse in 2014 that Brian Houston accused him of “tempting” his father when he was a child. Houston, however, told the Commission at the time that the allegation was false.

In a statement addressing the court case and his decision to step down for 2022, Houston said he and his team at Hillsong Church agreed it was the right thing to do.

“In December, at our board meeting, Hillsong’s outside legal counsel provided the board with advice regarding the current charge I’m facing – that it would be ‘best practice’ for me. to completely remove myself from church leadership during the legal process,” he said. .

“Court proceedings are expected to be lengthy and take up most of 2022 (especially given the backlog of courts, exacerbated by the Covid pandemic). Along with this, the board and I had detailed discussions about the leadership requirements,” he added. “We talked about the effects of the situation with my father, which go back many years to the current court case, and the impact it has had on me emotionally.”

When asked for a response to Houston’s decision to step down, Anna Crenshaw’s father, Ed Crenshaw, who is also senior pastor of Victory Church in Audubon, Pennsylvania, pointed CP to his public response to Tchividjian’s statement on Twitter.

“We know for certain from the case of Anna Crenshaw that Hillsong hires high profile image management companies to intimidate their victims and restore their own public image,” said Crenshaw, who told CP earlier Hillsong Church tended to focus on protecting their image rather than victims. “No reason to expect anything different in this case.”

A Hillsong Church spokesperson has previously argued that it would be “unsubstantiated” to discuss Frank Houston’s failures as part of Hillsong culture since his alleged abuse occurred before Hillsong was launched.