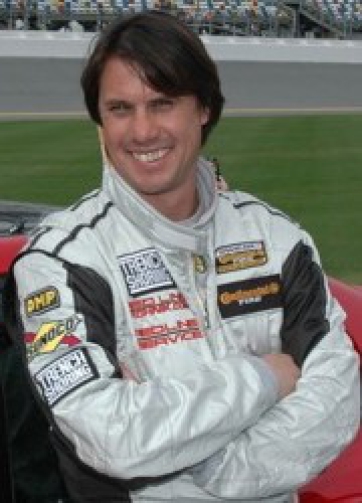 The Trans Am Series presented by Pirelli will welcome new management to its driver orientation program in 2022. Following the upcoming retirement of Terry Earwood, who has managed the program since its inception, Ernie Becker will head up the program, which aims to help SVRA crossover riders and newcomers to the series both on and off the race track. Becker, who is no stranger to the Trans Am paddock, competed in the series with Class Auto Motorsports as team manager, driver development coach and test driver from 2016 to 2018.

The Southern California native has a long history on the race tracks, competing as a driver and as a driving instructor and driver trainer. Becker has competed in IMSA, Formula Vee, Formula Ford, the Pacific F-2000 Series and a variety of SCCA events. He began a relationship with Skip Barber Racing School as an instructor in 1997, and has taught at AMG Mercedes Benz Driving Academy International and North America, Lexus Performance Driving School, Allen Berg Racing School, Porsche Experience Center, BMW Performance Center and Jaguar. Live professional performance. He also served as the North American representative for Metalore, Inc.

“I’m very proud to work with the Trans Am series,” Becker said. “I’ve raced and worked in the series before and really enjoyed my time there. The Trans Am is motorsport’s best kept secret. The analog nature of the cars makes it a pure driver series, and the rules package keeps racing competitive.It’s my job to acclimate new riders to the series and teach them the basics of performance and safety to enable them to achieve their racing goals.

“The Trans Am Driver Orientation Program is our way of acclimating drivers who are new to the series or returning after a long hiatus,” says outgoing program manager Earwood. “If someone wants to race in Trans Am, they have to know how we do things. They have to learn the cars, the tracks, the rules and the signaling system. We’re also a non-contact sport, so drivers who come of a series where contact with the track is allowed must understand that we drive cleanly here.

Earwood has a long history in motorsport, beginning in 1970 as a drag racer in Hemi Super Stocks, which he still drives today. He also has a long track record in road racing, winning an IMSA Grand Touring Championship in 1996 and becoming the most successful driver in the IMSA Michelin Pilot Challenge. In 2010 Earwood was named BF Goodrich Motorsports Man of the Year, and in 2013 he won the BAJA Challenge Class Championship. Professionally, Earwood has 37 years of experience as an instructor at the Skip Barber Racing School and served as chief commissioner of SCCA and NARRA competitions for various series from 2010 to 2016. Earwood was named series competition director Trans Am in 2016, and since 2017 he has managed the driver orientation program, while serving as deputy chief steward and driver coach on the series.

“I have mixed emotions about retiring from the Trans Am Driver Orientation Program, but I want to spend more time with my fiancée, boating and drag racing,” says Earwood, who was inducted into the NHRA Southeast Division Drag Racing Hall of Fame and East Coast Drag Racing Hall of Fame. “I feel very lucky to have been part of Trans Am and to have made my living in drag racing and road racing.”

To make the transition, Earwood will remain in charge of the driver orientation program during the season opener at Sebring International Raceway, and Earwood and Becker will work together at Charlotte Motor Speedway and Road Atlanta in March. Becker has worked alongside Earwood in the past as an instructor at Skip Barber Racing School.

“Terry will be greatly missed in the Trans Am paddock; he was a huge asset to me in my first season with Trans Am and he has a wealth of knowledge about the sport. said race director David Hoots. “I’m really looking forward to working with Ernie and seeing how he can take the driver orientation program to the next level.”

“I believe in Trans Am,” Becker said. “There will definitely be a learning curve for this new role, but I’m up for the challenge and I think it will be really fun. Terry is a legend and he leaves big shoes to fill. He’s family It’s up to me to take everything he’s built and build on that.