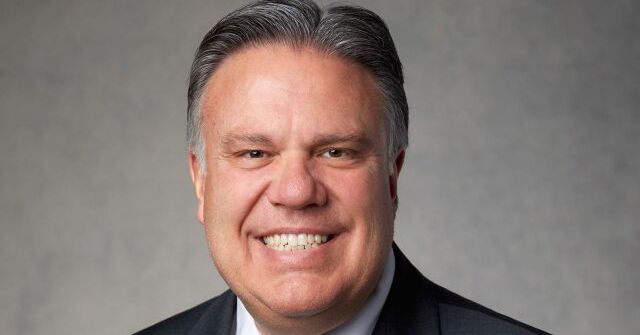 An international Young Men leader of The Church of Jesus Christ of Latter-day Saints apologized Monday night for statements about black people he made Sunday night at a regional vigil in Alpine, IA. Utah.

“My dear friends, I made a big mistake last night and I’m so sorry,” Elder Wilcox wrote. “The illustration I tried to use about the timing of the priesthood revelation for black members was wrong. I have reviewed what I said and agree that what I was hoping to express about trust in God’s timing has NOT materialized as I expected. To those I have offended, especially my dear black friends, I sincerely apologize and ask for your forgiveness. I Commit to doing better.”

Members of the Young Men general presidency bear the title of brother.

Brother Wilcox addressed a fireside Sunday night for three stakes in Alpine. A fireside is an evening of devotion. A stake is a regional grouping of usually between five and 16 congregations.

Known for his talks to young people and for his widely broadcast speeches on the atonement, Graceand his recent address to the church’s general conference, “Value is not impeccability,” Elder Wilcox spent some time by the fireside answering questions he receives from youth about the priesthood. He spoke specifically about issues regarding the history of the church‘s past ban (1852-1978) on black men holding the priesthood and receiving temple blessings that were available to others. He challenged the frame of the questions.

“Now, unfortunately, you live in a time when many people are nervous about priesthood issues. One of the greatest things we have in the church, and yet people want to sit down and fight about it and get angry about it,” he said from the fireside.

“I don’t want to oversimplify a complex issue. I think of course we are making it a little more difficult than necessary,” he said, referring to the questions he receives on the matter.

Fireside video clips emerged on social media on Monday, accompanied by anger, frustration and calls for an apology and consequences for Brother Wilcox.

Some were disappointed that Elder Wilcox did not note that black members of the church held the priesthood during the first two decades of the church’s history. Official church records show that in 1836, for example, Founder Joseph Smith declared that a black man named Elijah Abel (or Able) was “entitled to the priesthood and to all blessings.”

In 2013, the church released an official essay titled “Race and priesthood” to lds.org. The essay states that “there is no reliable evidence that black men were denied the priesthood during Joseph Smith’s lifetime.”

Then, in 1852, President Young announced to the Utah Territorial Legislature, as it legalized slavery, that, as the church essay puts it, “men of black African descent shall not could no longer be ordained to the priesthood”. Neither black men nor women would be permitted to receive temple blessings again until June 1978, when the Church announced that President Spencer W. Kimball had received a revelation opening the priesthood to all worthy men and temple blessings to all worthy people.

“Today,” the essay says, “the church disavows the theories advanced in the past that black skin is a sign of divine disfavor or curse, or that it reflects actions in a premortal life; that mixed marriages are a sin; or that black people or people of any other race or ethnicity are inferior in any way to anyone. Today, Church leaders unequivocally condemn all racism, past and present, in any form.

Over the past four years, President Russell M. Nelson has forged new relationships with the NAACP and the United Negro College Fund (UNCF), with the church donating more than $9 million to these organizations. He has also called forthrightly at general conferences of the Church and elsewhere for Latter-day Saints to lead in the eradication and abandonment of racist attitudes, prejudices, and systems.

These positive steps made Elder Wilcox’s statements on Sunday more hurtful to some.

“‘I don’t know’ would have been a better answer,” said one Twitter user.

I’ll be true, saying “I don’t know” would have been a better answer.

Another wrote: ‘Not the brilliant comparison he thinks it is. Yeah. It is also dehumanizing to use “Blacks” as a collective noun. No one should defend, cover up, ignore or ignore past or present racism. As the church essay says, we should DISAVOW it. PERIOD.”

It’s not the brilliant comparison he thinks it is. Yikes Moreover, it is dehumanizing to use “Blacks” as a collective noun. No one should defend, cover up, ignore or ignore past or present racism. As the church essay says, we should DISAVOW it. PERIOD.

Get a behind-the-scenes look at what’s happening with The Church of Jesus Christ of Latter-day Saints and its members.