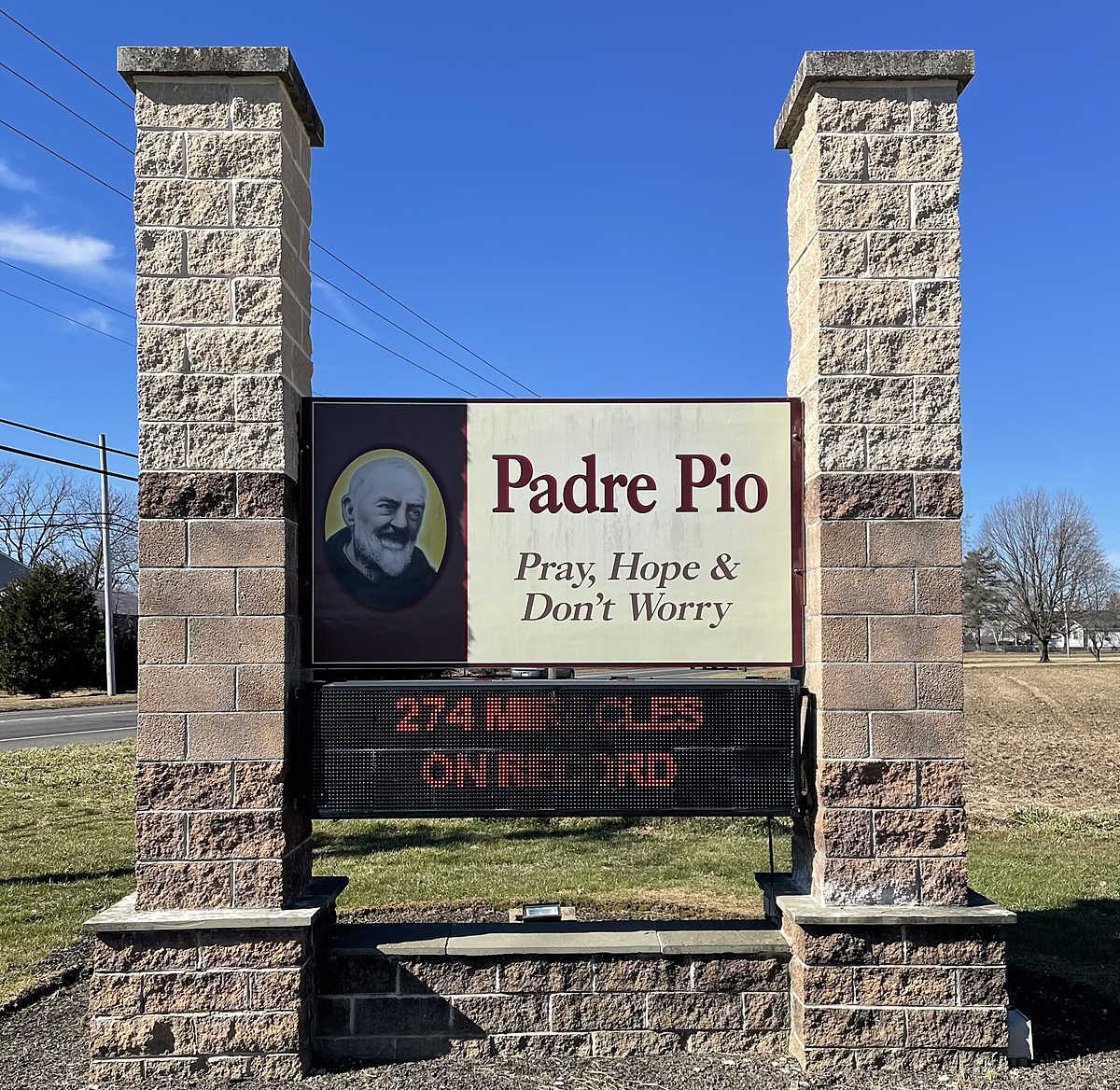 Do you believe in miracles? Saint Padre Pio Sanctuary of New Jersey

Taking a trip here can be a very profound experience. Many, maybe most South Jersey locals don’t even know it’s right next door.

If you’ve ever driven Route 40 in Buena Vista Township near Vineland, New Jersey, you’ve most likely seen a very uniquely constructed shrine along a beautiful farm field by the side of the road.

Maybe you don’t know what it is. Here is the story of a saint, a shrine, and (to date) the 274 documented miracles that have been performed.

The shrine is a beautifully constructed sacred edifice built in recognition and honor of the spirit of the famous Saint Padre Pio.

Saint Padre Pio was born as Francesco Forgone on May 25, 1887 in a very small town in southern Italy.

This is Saint Padre Pio.

He then received the name “Francisco” in honor of Saint Francis of Assisi, who is one of the most venerated religious figures in all of Christendom. Francis made it his mission to imitate Jesus Christ in every way imaginable and strived throughout his life to carry out his work.

Thus, Forgone’s naming in his honor was a precursor to future events that were sure to occur.

It was on September 20, 1918, while Francisco was serving as a priest, that it was documented that he received the “wounds” of Christ’s crucifixion on his body without any human force being applied.

They just appeared on his hands, feet, and side. It was the first time in history that a priest would have received this stigma.

These stigmata on Padre Pio lasted over 50 years, during which he performed healings and other miracles throughout those five decades to the joy of believers and the displeasure of non-believers alike.

Pope John Paul II declared Padre Pio a saint on June 16, 2002 by virtue of his many miracles of healing others, bilocation (the ability for a person or any object to be located in two places at the same time), and the documented stigmata he himself received.

The Franciscan priest shared the same wounds as Christ on his hands, side and feet. It is said that even his blood carried a fragrant scent.

This story of the Atlantic County Sanctuary begins with trucking, agricultural contractors, and philanthropists Pete and Marie Dandrea of ​​Buena, NJ, who once took a trip to Italy in 1997.

This is where Mary decided to take a detour to visit Padre Pio’s house in Pietrelcina, a small farming town.

Interestingly enough, Landisville New Jersey, the home of the sanctuary is also a small farming town. To add more coincidence, or perhaps significance, the site chosen by The Dandrea for Padre Pio’s shrine was also a former squash court, Padre Pio’s favorite and most important farm and produce in his hometown. in Italy.

Padre Pio’s mother also bore the maiden name of Dandrea. Is it a coincidence or was it predestined?

It was here that Mary and several of her friends originally placed a small statue of Padre Pio on a section of plywood in the field of the old squash farm and began to pray the Rosary among themselves.

This event became more regular and continued to grow among people in the cities. It was then that Mary knew she had to do something. The idea for a large shrine dedicated to Padre Pio came to her in a vision that she and her husband Pete, the late and grand former Atlantic County Deputy Sheriff, intended to bring to fruition.

Marie Dandrea’s dream, conceived in 1997, finally came true in 2002 when the fully constructed Shrine of Padre Pio was completed in fortuitous conjunction with the sanctity of Padre Pio himself.

The result is a four-story monument and three sacred statues set on ten acres of farmland owned by the Dandreas.

One of the shrine’s sacred artifacts includes a “glove relic” (which consists of part of an actual glove that Saint Padre Pio wore frequently to hide his stigmata from the public).

It is at this special place of observance where countless tens of thousands gather in small and large crowds to offer blessings to Saint Padre Pio and ask for his grant of miracles upon them and their loved ones for miraculous intercession.

Whether or not you believe in miracles, this glorious site has housed 274 documented miracles, and many more are said to have been performed but have not been recorded.

A special thank you to Marie and Pete Dandrea for their vision and leadership, and to all the supporters of this sanctuary which continues to exist and serve others for 20 years in June 2022.

It remains a most sacred inspired place where lives have been saved, changed and otherwise positively affected on a daily basis.

Pay a visit to this remarkable, uplifting place of faith if you haven’t already. As Saint Padre Pio always said: “Pray, hope and do not worry”.

These are very appropriate thoughts for the difficult times we have all faced over the past two years.

This is us: From theaters to taverns, retreats to historic landmarks, these twenty South Jersey buildings must be preserved for the rest of time.

This is us: From theaters to taverns, retreats to historic landmarks, these twenty South Jersey buildings must be preserved for the rest of time.