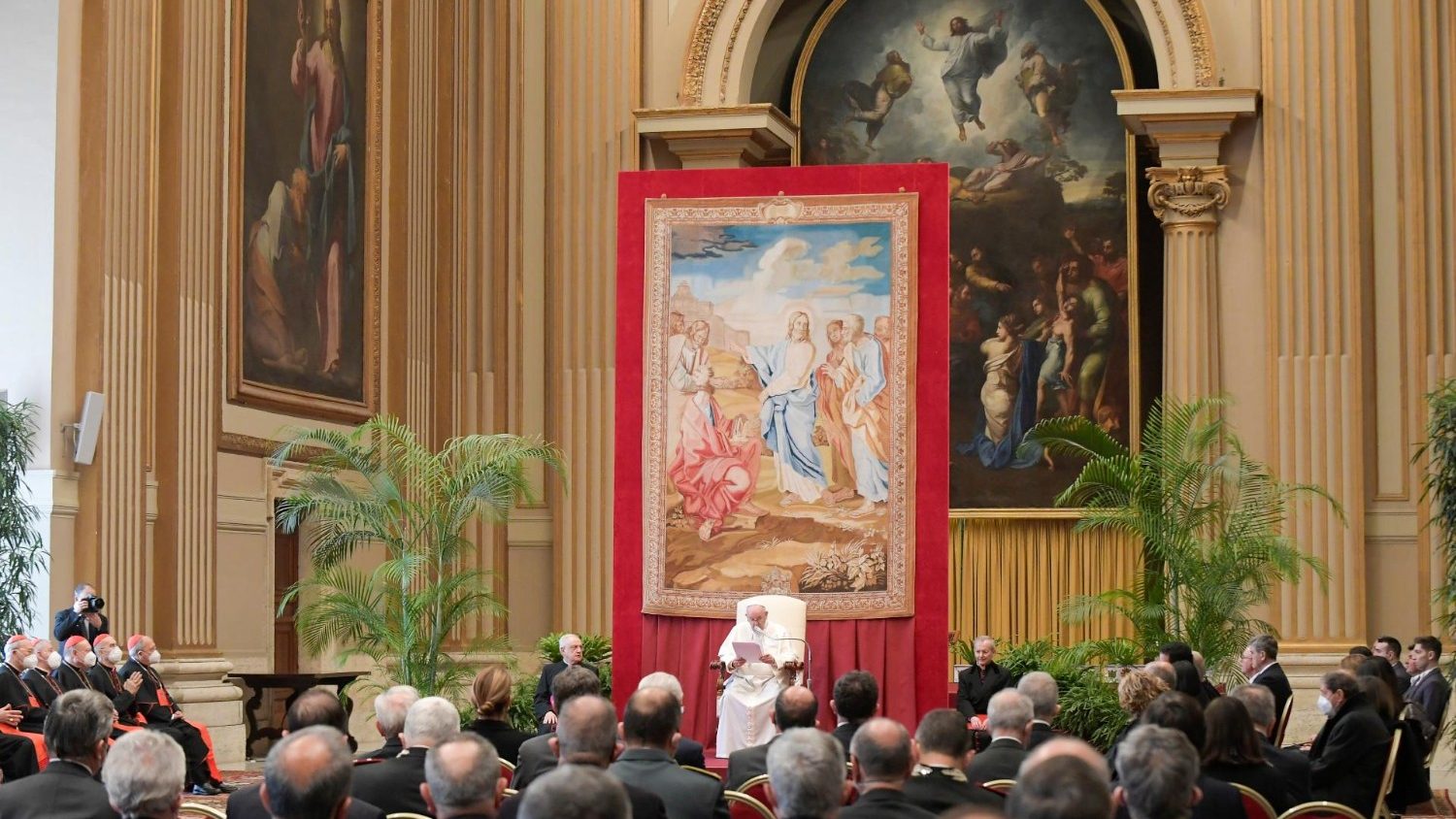 Pope Francis opens the 93rd judicial year of the Vatican City State Tribunal and pays tribute to judges and magistrates for their dedication and service in the administration of justice, especially at this critical time for the humanity.

Reflecting on the opening of the judicial year of the Vatican Tribunal, Pope Francis first focused on the synodal process underway in the Church, which also involves the judicial field, as all participants in a legal process walk together to get to the truth.

As in the synodal process, judicial activity requires mutual listening and magistrates are called upon to listen carefully to the arguments put forward by the different parties without prejudice or preconceived ideas affecting their point of view.

This takes time and patience, the Pope noted, and this openness to listening to others will help them arrive at a well-considered and shared judgment.

Deep and patient work of discernment is essential to arrive at a just sentence, Pope Francis said, so that justice is implemented in favor of those involved and for the restoration of social harmony, looking forward future and helping to start over.

The demands of justice call for a comparative examination of conflicting positions and interests, and the search for a way to reconcile them, the Pope stressed. In criminal trials, justice must be linked to possibilities of mercy which ultimately call for conversion and forgiveness.

He noted that a balance must be found in this area, in the awareness that mercy without justice can cause the breakdown of social order, but “mercy is the fullness of justice and the most radiant manifestation of the truth of God” (Amoris Laetitia311)

Referring to the updates and innovations of the work that magistrates carry out today, the Pope noted those in the economic and financial fields in the field of justice, corresponding to those developed by the international community, as well as the own Church reforms to adapt its structures to an ever more evangelical style.

The first area of ​​change, he said, concerns the provisions favoring moderation of expenditure, in particular due to the economic difficulties caused by the pandemic, and the strengthening of transparency in the management of public finances, which must always be exemplary and irreproachable.

The other area concerns justice and the need to update the normative framework, the pope said, calling it part of the quest for justice, which requires structural reforms.

He highlighted the amendment of the judiciary establishing the function of Promoter of Justice and the way in which he exercises his role in the three levels of judgment in order to show the equality of all members of the Church and their equal dignity and position. .

The pope added that further work is needed to update Vatican legislation, particularly in the area of ​​criminal procedure and international cooperation, which could be addressed in possible targeted reforms currently under consideration.

He said that the dynamics of the trials must make it possible to restore the broken order and to continue the path of justice which leads to an ever fuller and more effective fraternity, in which all are protected, in particular the weakest and most fragile.

In conclusion, Pope Francis recalled that the law and judgments must always be at the service of truth and justice, as well as of the Gospel virtue of charity.

Forget growth strategies and church management, theology is the beating heart of the…

In the battle between religious freedom and LGBTQ rights, a case declares a clear…