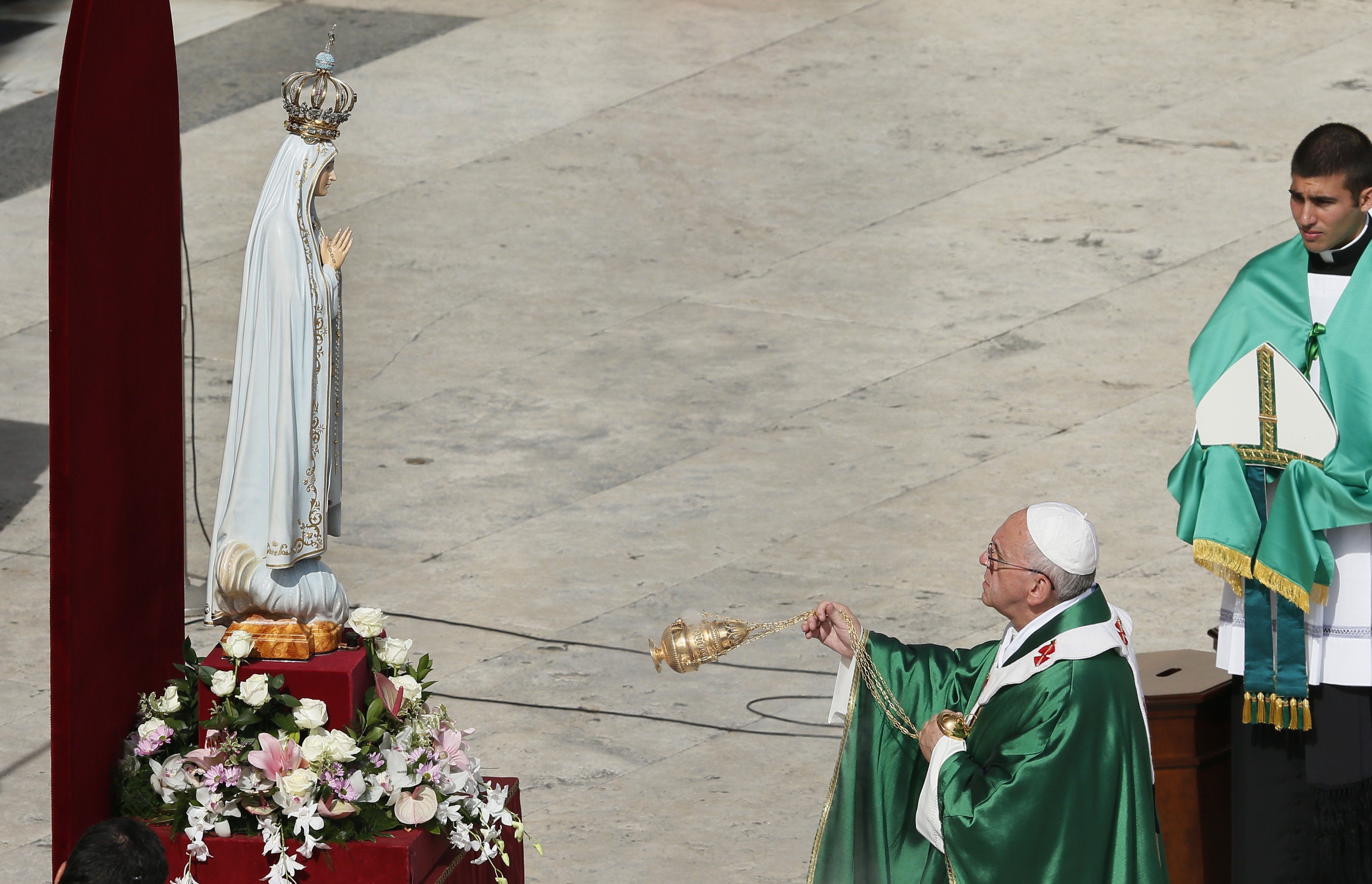 ROME — Pope Francis will consecrate Russia and Ukraine to the Immaculate Heart of Mary on Friday, and Catholic bishops around the world have already announced they will respond to his request to join him in the consecration.

March 25 is the Feast of the Annunciation and a solemnity in the Church calendar.

The celebration will take place in St. Peter’s Basilica in the Vatican at 5 p.m. local time.

Pope Emeritus Benedict XVI will join the consecration. Although some reports speculated that he would be in the basilica, Node was able to confirm that the retired pontiff will not be present. Instead, he will join the Mater Ecclesia monastery where he has lived since leaving office.

On the same day Francis leads the penitential Lent service, Cardinal Konrad Krajewski, the papal chaplain, will lead a similar act of consecration at the Shrine of Our Lady of Fatima in Portugal.

When Mary appeared to three shepherd children at Fatima in 1917 with a message encouraging prayer and repentance, she also requested the consecration of Russia by the pope and all the bishops of the world.

RELATED: Papal Consecration Of Russia, Ukraine Has A History Of Controversy Behind It

Francis sent a letter to all episcopal conferences asking them to join in the consecration, at the same time when possible.

Due to the time difference, some countries may choose a different time. For example, in some parts of Australia it will be three in the morning.

“We urge people to spend part of their day on March 25 in prayer – attending Mass, praying with family or friends, in silent prayer at a local parish or chapel or any other way you can,” Archbishop Mark Coleridge, head of the Australian Bishops’ Conference, said in a statement.

“Acting as the universal pastor of the Church, Pope Francis will renew the consecration advocated at Fatima over 100 years ago,” Coleridge said.

Cardinal Oswald Gracias, Archbishop of Mumbai, said Node that the time difference makes it “very difficult” for the faithful to attend the consecration service, as it will take place at 9:30 p.m., but he hopes that people will join in online, either at the celebration which he will lead in the cathedral of the capital of the country, or Pope Francis.

“All the bishops will join,” he said, adding that they were waiting for guidance from the Holy See, which would “send prayers and some things.”

Gracias also sent a letter to all priests in his diocese, asking them to forward the notice of consecration to parishioners and, if possible, to hold a half-hour Eucharistic adoration after Friday evening Mass.

“In this holy season of Lent, let us make a consolidated effort with prayers for peace in Ukraine as part of a concerted campaign: praying, doing acts of penance and caring for the needy,” Gracias wrote.

The bishops of Argentina also announced that they would join in the consecration, with the main celebration taking place at 1 p.m. local time in the Basilica of Our Lady of Lujan, Argentina’s patron saint.

The president of the conference, Bishop Oscar Ojea, will preside over the celebration of the Mass during which a special prayer will be said “asking for the gift of peace for these nations and for the whole world”, according to the statement.

Ojea invited all the bishops to go to Lujan, on the outskirts of Buenos Aires, or to join “in this fervent prayer for peace among the peoples of the sanctuaries and dioceses of the country.”

Bishop Stephen Lowe of Auckland and secretary of the New Zealand Conference of Catholic Bishops said visiting a church next Friday would be a show of solidarity.

“Everywhere in Ukraine people have to flee their homes because of the war. Leaving our homes here in Aotearoa New Zealand to go to our local church to pray on this special day would really show solidarity with people who have to leave their homes in Ukraine,” he said.

As of Monday evening, at least ten million people had been forced to flee their homes in Ukraine, representing nearly 25% of the country’s total population before the start of the Russian invasion.

Seeing that ongoing COVID-19 restrictions limit the number of people who can attend a church service in New Zealand, the Bishops invite the faithful to visit their local parish throughout the day, while each Bishop will recite the Rosary in their respective cathedrals.

“What’s important is leaving your homes on Fridays to visit your local church, at a time that’s convenient for you,” Lowe said. “We will ask all churches to be open from 7 a.m. to 7 p.m. so that as many people as possible can visit at different times of the day, in accordance with COVID-19 restrictions.”

In the United States, Cardinal Wilton Gregory of Washington will lead a Mass at the National Shrine of the Immaculate Conception, and an invitation has been extended to the diplomatic corps and members of the federal government.

The Great Stupa of Northern Colorado: Service and Resilience