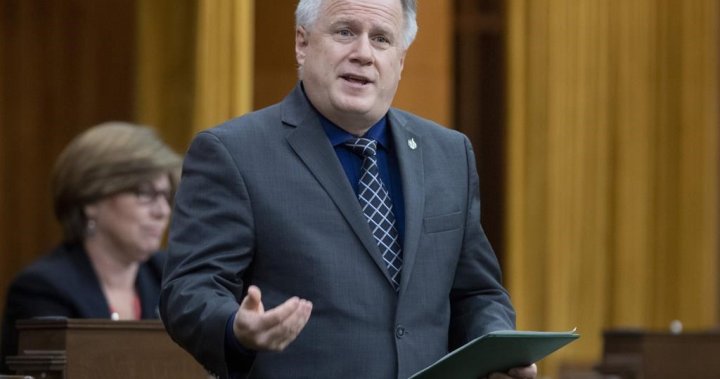 A backbench MP who entered the Conservative leadership race by promising to launch an inquiry into the COVID-19 pandemic says he is aware of the “political realities” he faces.

Marc Dalton, a two-term representative from British Columbia who is Métis and speaks French, says he entered the contest because he felt it was what he should do.

“I don’t have $300,000 in reserve right now,” he said, referring to fees the party says candidates must pay to get in.

Prior to becoming an MP, Dalton was a Liberal MP in British Columbia. He says he is a political risk taker and even putting his name forward “takes guts”.

“It’s not necessarily the favorite that wins,” he said of the preferential ballot system, which the party uses to select its leaders.

“Those are the second and third choices.”

Dalton announced his candidacy in a short video posted on social media where he appeared in front of an image of the House of Commons chamber in the background.

He is the fourth MP to enter the race, after Pierre Poilievre, Leslyn Lewis and Scott Aitchison.

In his launch video, Dalton — running on the slogan “A better Canada. Together” – promises to launch a national inquiry into the COVID-19 pandemic to examine spending and what he called the “coercive” measures the government has used to get people vaccinated.

He also says the inquiry would look at what the government knew about what he called vaccine injuries.

Health experts around the world say vaccines against the new coronavirus are safe and the most effective tool to prevent hospitalization.

According to Health Canada, unwanted side effects can occur, but they are rare. It regularly publishes data on the matter and indicates that out of more than 81 million doses administered to date, there have been approximately 8,600 reports of side effects that can be considered serious.

Dalton says concerns about adverse effects were brought to his attention by members of the community and a family member had a bad experience.

Dalton says he experienced side effects, including difficulty walking, after his first dose. He received his second dose but chose not to receive a booster.

“I’ve had enough consequences,” he said.

The MP says he is not opposed to vaccination and does not want to promote vaccine hesitancy. He says autoimmune issues run in his family and he was worried about getting the shot, so he saw his doctor, who recommended he get the shot.

The COVID-19 pandemic figures prominently in the campaigns of other candidates. Poilievre has championed ending all COVID-19 terms. It has also been demanded by Lewis and Independent Ontario MPP Roman Baber, who is running after Ontario Premier Doug Ford kicked him out of caucus for speaking out against lockdowns .

Asked what made his message on the pandemic different from that of other candidates, Dalton said he didn’t know, but pointed out that he was the only MP to speak about vaccine injuries.

“I didn’t really watch what everyone was saying – I just said what I thought was important.”