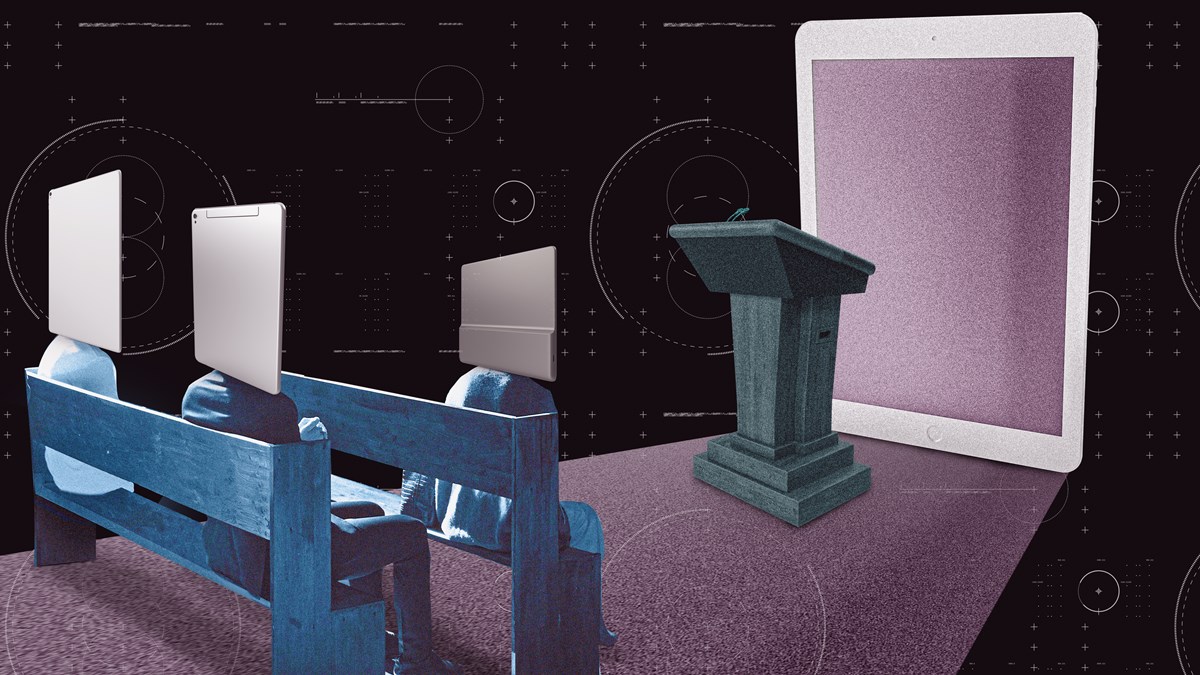 The gods of ‘Techtopia’ give and they take away

ABeing someone who grew up in Silicon Valley, I sometimes forget how special this place is. There are, for example, certain cafés and brunch restaurants where you can hear entrepreneurs talking to venture capitalists any day of the week. It’s not uncommon to be approached by strangers and asked to test their new apps. The median home price is well over $1 million, one in four cars appears to be a Tesla, and everyone knows someone who works for a giant tech company like Google, Apple, or Facebook.

Having spent my whole life in the church, I can also forget that Silicon Valley is one of the least religious regions in the United States. The Pew Research Center found that 35% of adults in the San Francisco Bay Area are not affiliated with religion. Only 20% of adults identify as Protestant and 25% are Catholic. In comparison, 71% of the general population in the United States identifies as Christian.

Yet, argues sociologist Carolyn Chen in her fascinating new book Work Pray Code: When work becomes a religion in Silicon Valley, it does not mean that highly skilled workers are not spiritual. In fact, they are as hungry for meaning, belonging, and personal transformation as anyone else. But their church, so to speak, is the workplace. Their community is made up of colleagues. And they are guided, not just in their careers, but in their lives in general, by an array of supervisors, HR managers, executive coaches and meditation gurus.

These are the very trends that Chen examines in Work Pray Code, and his findings should interest (and perhaps alarm) all who care about the health and growth of the American church. The young, highly skilled knowledge workers who run not only Silicon Valley but also industries in urban centers across the country are becoming less interested in traditional forms of religion and spirituality. “The decline in religious affiliation and participation, however, does not mean that religious needs have disappeared. They have just been moved,” says Chen. “Religion exists in the sacred cosmos of a work-centered world.” The lure of spirituality in the workplace is so strong that some of Chen’s research subjects, who were previously very devout, drifted away from their faith after they began working in Silicon Valley.

All of this attention to mindfulness, authenticity and spiritual health is an outward expression of a larger ethos that has developed in the region’s mainstream industries, an ethos that promises to ‘unlock’ your true self and your true purpose, so you can be as productive as possible. for your employer. The promise of discovering yourself and realizing your full potential is hugely enticing, and it’s backed by every possible workshop, convenience, and expert that money can buy.

In places like Silicon Valley, the church’s biggest “competitor” for souls may not be other religions, atheism, or even hedonism or greed. They could very well be multinational companies that offer the promise of changing the world, and their employees, through work. “Companies today are not just economic institutions,” Chen writes. “They have become meaning-making institutions that offer a gospel of fulfillment and divine purpose in a capitalist cosmos.” That “God-shaped hole” in our hearts that evangelicals like to refer to? It’s filled by companies with pockets deep enough to meet all their employee needs – mind, body, spirit.

I saw this first hand. Ask any entrepreneur or employee of a Silicon Valley startup, and they’ll tell you candidly, without irony or humor, that their businesses are going to change the world. The business can be built on an app that finds parking spots, delivers beer via clowns, or makes it look like you’ve started a Zoom call when you want to take a break (all real apps); nevertheless, it gives meaning to their lives. These individuals are as devout and committed as the most zealous Christians.

Those of us on the outside can clearly see that this promise of achievement is ultimately empty, especially when the end goal is utilitarian: to squeeze as much knowledge, leadership, and productivity from people as possible. Highly skilled professionals earn a lot, but only by giving a lot, including 70+ hour work weeks and absolute commitment. Companies will gladly provide their employees with spiritual benefits, teachings, and values, but when someone leaves a job, by choice or not, that all ends too. This form of religious devotion will ultimately not end well for image bearers of God.

Throughout the book, Chen poses this question: What are the broader implications for a society that worships work, that subsumes traditional faith and spirituality under the pursuit of profit and productivity? She doesn’t really answer that question until the final chapter of the book, which seems insufficient given the massive and ever-growing power, influence, and wealth of the tech industry. Work Pray Code is at its best when Chen contextualizes his research findings within broader historical and sociological concepts, such as corporate maternalism, the constant push for productivity, and diminished civic engagement.

I wish Chen had backed up his claims with additional quantitative research on, for example, the psychological impact of such dedication to work, the link between high-tech jobs and declining civic participation, or the how companies in other geographies are also trying to “change the world” and help their employees seek “wholeness”. Instead, it relies so heavily on quotes and perspectives from a limited number of research topics that her findings – repeated almost ad nauseam – may seem anecdotal rather than broadly applicable She also misses the opportunity to discuss how the shift to permanent remote work post-pandemic might alter the way “Techtopia,” as she calls it.Since the most tangible way companies attempt to meet the spiritual needs of their employees is through gold organize activities on site and in person, the ramifications could be very significant.

That said, what Chen communicates is still extremely important to the American church. There may even be valuable lessons here for church leaders to better understand what Millennial and Gen Z professionals these days aspire to: to begin with, to be seen as integrated, integrated individuals whose work, play, relationships and spirituality are all deeply connected and in need of purpose.

Naturally, the impact of these trends on the Christian church is outside the scope of Chen’s research and not discussed in the book. There are, however, important clues in her conclusion: “In Techtopia, people do not belong to neighborhoods, churches or cities. They belong to work. Instead of building friendships, trust and goodwill within their communities, they build the social capital of their businesses. »

With the rise of the cult of work, professionals are less and less engaged and connected with the rest of the world. They believe that all their needs are already met; they are not looking for more. How can the church lead them out of their isolated workplace “worships” (as Chen calls them) into an eternal and far more reliable promise of fulfillment? How can we compete for souls with institutions with unlimited resources?

Perhaps it is time for Christians and churches to take inspiration from corporate strategic plans, making sure to clearly articulate the value proposition and competitive advantages of our faith and demonstrate them in bold and compelling ways. “By this all will know that you are my disciples, if you love one another,” Jesus said (John 13:35). And writing to the church in Ephesus, the apostle Paul said, “For by grace you were saved, through faith, and it was not of yourselves, it was the gift of God” (Eph. 2:8).

Unconditional love and all-encompassing grace – which were not mentioned once by any of the research subjects in Work Pray Code– could be a good starting point.

Dorcas Cheng-Tozun is a writer, communications consultant and editorial director of the Christian association Pax. She is a former columnist for Inc.com and has written two books on entrepreneurship: Start, Love, Repeat: How to Stay in Love with Your Entrepreneur in a Crazy Startup Worldand Let There d.light: How a social enterprise brought solar-powered products to 100 million people.