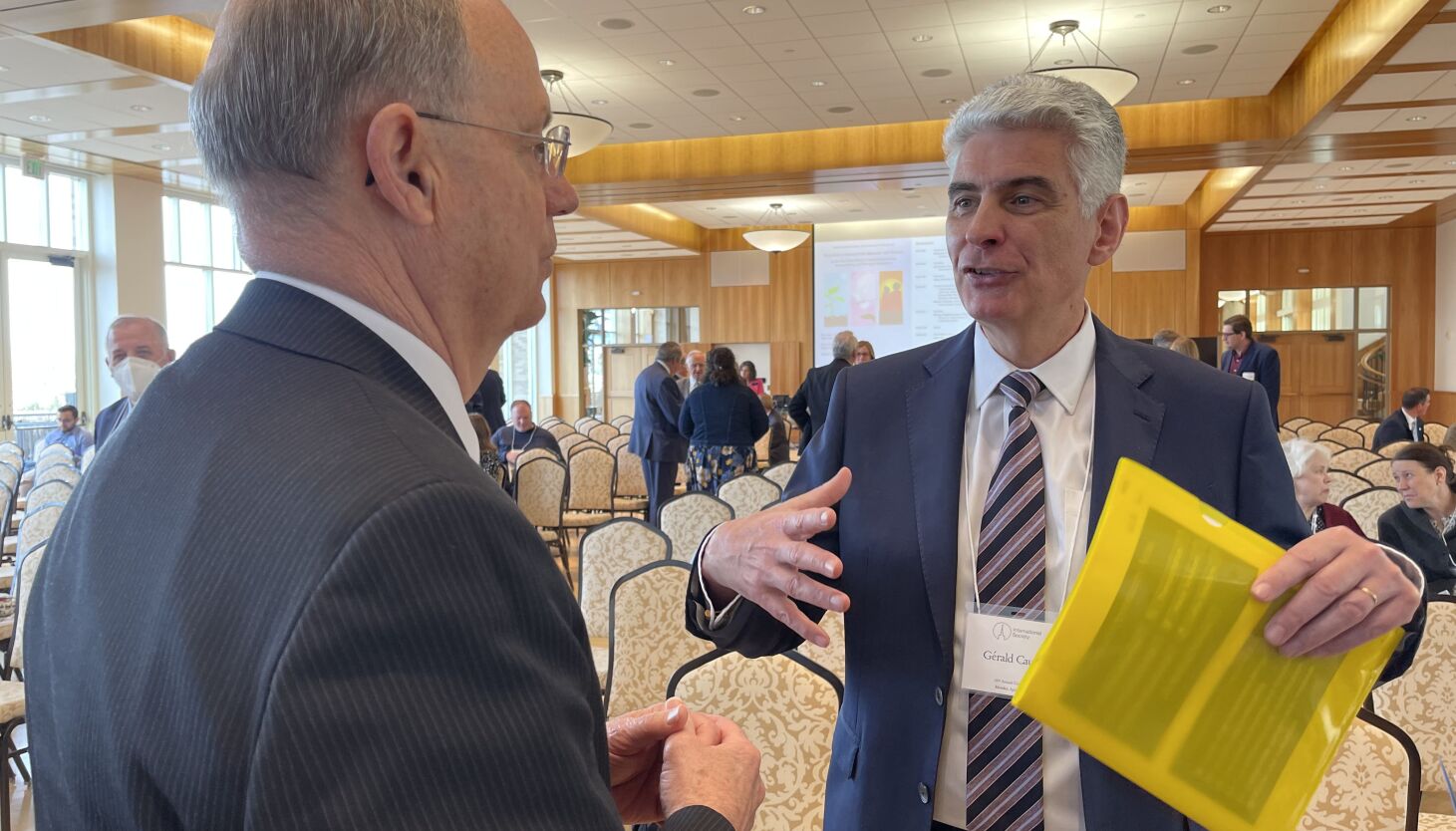 Latter-day Saints who welcome Ukrainian refugees into their homes and societies across Europe are an example to the remnant of The Church of Jesus Christ of Latter-day Saints, two church leaders said Monday. Brigham Young University in Provo, Utah.

Members of the Church are called to serve others at broad and individual levels, Presiding Bishop Gérald Caussé said.

“The Lord invites us to be aware of the larger world in which we live – something that increased global connectivity now facilitates – and, at the same time, to remain grounded and engaged within our immediate communities,” he said. he declares. “In other words, he expects us to form and strengthen associations globally and locally.”

Bishop Caussé presented this concept at the annual conference of the International Society, a global network of Latter-day Saint professionals with international interests.

Later, Latter-day Saint Charities President Sharon Eubank said the church was using exactly the two-pronged approach suggested by Bishop Caussé in its approach to the refugee crisis in Ukraine.

“As comfortable as it may seem at times, disciples of the Savior are not meant to live in a closed community,” Bishop Caussé said.

“Church culture is meant to be inclusive rather than exclusive – to look outward rather than inward,” he added. “In accordance with the oft-quoted maxim of ‘in the world but not of the world,’ we should seek to balance the living standards of the gospel with active service in our ward or branch without becoming inactive in our non-ecclesial community.”

On the one hand, church members can help globally, he said during his presentation at BYU’s Hinckley Center.

“The fact that you are a member of this international society presupposes a desire on your part to exert your influence throughout the world,” he said. “My encouragement to you would be to act on those desires ‘on a macro level’, to use the modern blessings of technology and travel to expand your efforts for good everywhere.”

“At the same time,” he added, “I would ask you not to lose sight of the reality that – as with the mortal Savior – some of the most profound and lasting impacts you can have could be on those you associate with individually at the “micro-level” – those within your families, neighborhoods, neighborhoods and local communities.

Sister Eubank said the church and her charity are involved in both large multinational responses and “very small local pieces” as they respond to needs in and around Ukraine. Nearly 25% of Ukraine’s population has been displaced and more than 4 million people have left the country.

Latter-day Saint Charities works with the Ukrainian government, the World Food Program and the United Nations High Commissioner for Refugees to provide food. It has 30 projects underway, including providing $5 million in food, she said.

“We buy food in Europe, truck it through these border countries and put it in the pipeline that goes to the cities, and we let the Ukrainian government do the distribution, as it should,” Sister Eubank said. .

A Ukrainian consul general to the United States visited Salt Lake City just over a week ago and thanked the church for providing what his country needed most, he said. she declared.

Meanwhile, leaders of local Latter-day Saint congregations — wards and stake councils — in more than half a dozen countries are providing detailed assistance to those on the move, from vehicles and transportation to language training, household items, medicines and more.

A micro-local example occurs at train stations in Germany, where missionaries stand with signs in Ukrainian offering to help refugees get to their next destination.

As the presiding bishop of the church, Bishop Caussé oversees the day-to-day financial and temporal affairs of the church, including Latter-day Saint charities.

He identified models for the concept of global and local service both in the life, ministry, and mission of Jesus Christ and in the organization of the Church of Jesus Christ.

“One of the great paradoxical but very comforting truths of the gospel is that even though the love and mercy of the Lord are so vast that they encompass all — the full infinity of his creations — they are nevertheless infinitesimal in their scope. , touching each of his children in a surprisingly intimate and individual way, as if he or she or we – you and I – were the only person on earth.

Bishop Caussé said the Church equally shares its teachings, services and resources without borders to every corner of the world, but its teachings and ordinances also have a very personal impact on individuals in their own languages ​​and cultures. .

He mentioned the April 2020 letter from the First Presidency on the pandemic. These senior leaders said the church and its members are committed to being good citizens and neighbors and to reaching out and providing assistance to those in need.

“I would like to ask how we can be good citizens and neighbors and reach out to those in need if we limit our interactions only to members of our families and neighborhoods,” he said. “As vital and fulfilling as these relationships are, we must let our lights shine beyond the doors of our homes and meeting places.”

The conference theme was “Building Communities Around the World: Latter-day Saint Efforts in Land Stewardship, Peacemaking, and Refugee Relief.”

Bishop Caussé suggested that Latter-day Saints can build their communities by caring for their natural environment, serving others, building unity and peace, and welcoming others.

He said caring for the environment is a scientific and political necessity and a sacred duty, and that every person can use the earth’s natural resources “more sparingly and respectfully”.

The conference proceedings can be viewed on the BYU Kennedy Center YouTube channel at bit.ly/IntSoc22.

The gods of ‘Techtopia’ give and they take away