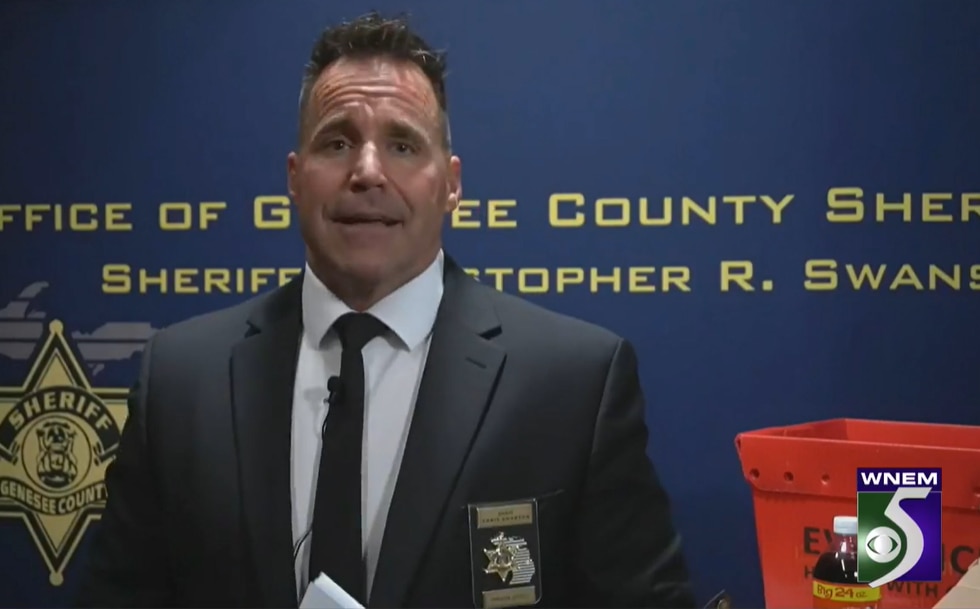 “Every use of force that we have, whether in jail or on the road, we do a review,” Swanson said.

The video stems from an April 2 incident where a suspect is charged with shoplifting from Walmart on Corunna Road in Flint. After leaving the store, the suspect boarded an MTA bus, which was later pulled over by Flint Township police.

Police then took him back to Walmart where it was determined that no crime had been committed, according to the Rising Star Church of Flint.

The man was then taken to Hurley Medical Center for evaluation. While in hospital, the man showed signs of mental and physical distress, the church said, adding that he then suffered another physical altercation with the sheriff’s deputy.

This incident was filmed and broadcast on social media. Swanson addressed the video at a press conference on Wednesday, April 6. He said Walmart gave 911 the wrong information.

“We have to control our emotions, that’s why we get paid to do what we do,” Swanson said. “It’s a great and noble job, but it’s a challenge.”

Swanson said the Genesee County Sheriff’s Office, Flint Township Police, Walmart and Hurley Hospital are working together to review and investigate the incident.

“If you know anything about Sheriff Swanson, good, bad or different, I’ll say it and be transparent,” Swanson said.

Swanson said punches and hands are procedural for law enforcement, adding that officers use a force continuum scale to assess and respond when on a call.

“When you see the video, there was no choke, there was no c-spray, there was no taser. There are tools that we need to use to maintain the law and order,” Swanson said. “It’s still worthy of investigation and that’s why we’re here.”

The rising star said the suspect was arrested on April 2 and remained in custody until Monday evening.