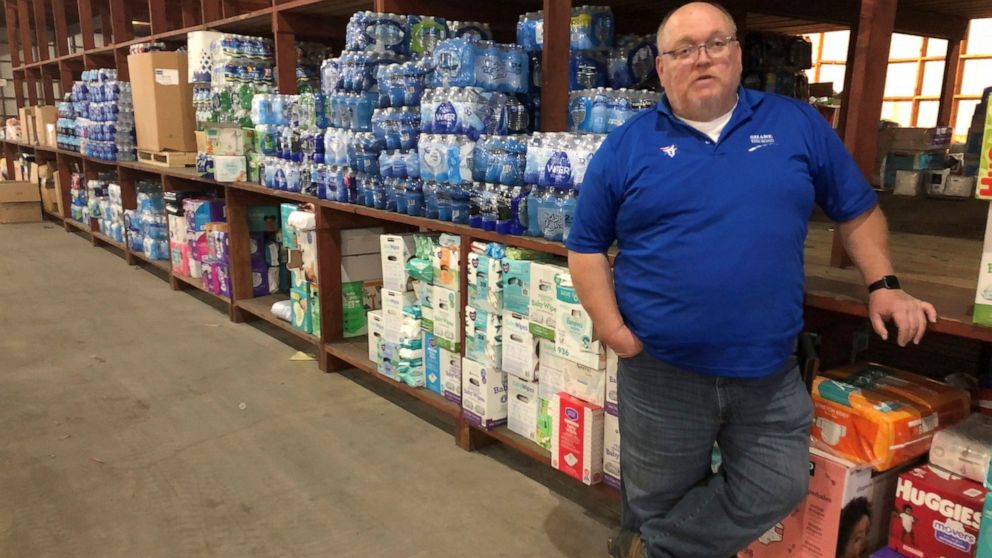 Those gatherings ended on the night of Dec. 10, when a massive tornado ripped through their Dawson Springs home, trapping Chris Bullock, his 17-year-old son Stevie, and Miniature Poodle Dewey under a collapsed brick wall in the basement. . Her husband pulled them from the rubble with minor injuries, but the house where she and her family lived for 26 years is gone.

“There were things that we could never find,” Bullock recently told The Associated Press. “Our neighbor’s clothes dryer was in our yard. We found our ketchup but couldn’t find our refrigerator.”

Four months after the tornado turned his family’s lives upside down, Chris Bullock and hundreds of other Kentucky residents are eagerly rebuilding their pre-storm existence. Thanks to an extensive network of municipal workers, contractors, churches, charities and volunteers, communities like Dawson Springs, Mayfield and Bowling Green are on the verge of recovery.

The storm system that spawned the deadly tornado tore through a handful of states. The National Weather Service recorded 41 tornadoes on December 10 and 11, including 16 in Tennessee and eight in Kentucky. Eighty-one people have died in Kentucky alone, state officials said. Thousands of people have sought shelter with relatives and friends, or at emergency centers, hotels and state parks.

In Mayfield, a candle factory, nursing home and government buildings were destroyed. Homes were torn from foundations and shattered by high winds. Crews worked day and night to clean up debris and restore power.

The sonic evidence of rebuilding in Mayfield was hard to miss: the creak and crash of diggers smashing wood and glass, the beep-beep-beep of heavy machinery backing up, the clang of roofers’ nail guns .

In an interview with the AP, Kentucky Gov. Andy Beshear said clearing debris and finding temporary housing were top priorities after the tornado. More recently, attention has turned to keeping residents in Kentucky.

“These are towns that have almost been wiped off the map,” Beshear said. “We will continue to care about getting people back on their feet and not losing the population of these towns.”

Some have moved to more permanent shelters, including trailers, the governor said. In Graves County, small homes have been approved for displaced residents, and several larger homes are being built in Mayfield, Emergency Management Director Tracy Warner said.

“We really hold the future of Mayfield and Graves County in our hands,” Warner said. “And it’s scary, but exciting.”

Although there is reason to be optimistic, progress remains slow in places. In Dawson Springs, where Bullock and her family now live in an RV, the 54-year-old registered nurse said she’s only seen a few homes being rebuilt, and some friends say they won’t be staying not.

Bullock and her husband had paid for their house but had no insurance. A disaster relief charity is helping them build a new home on their property, and Bullock hopes to see a day when their family reunions resume.

“Sundays were fun days. … I just want to have that again,” she said.

Beshear, a Democrat, said millions in housing assistance payments from a state relief fund were being handed out. About $64 million in federal assistance has been approved for storm victims in Kentucky, with assistance targeting temporary housing, the Federal Emergency Management Agency said.

Recovery will take “a few years, but it shouldn’t take longer,” Beshear said. “There are days when it’s a little more frustrating, … but we’ll get there.”

After the storm, bottled water, diapers and other supplies poured in from across the country. Heartland Church in Paducah became a collection point as volunteers with trucks and trailers made deliveries. Reverend Marc Glass and volunteers loaded a church outhouse and donated warehouse with everything from paper towels to toys.

Herschel Evans, a driver for the American Trucking Association’s Share the Road program, volunteered to drive a 53-foot-long bright blue tractor-trailer loaded with supplies from Atlanta to Paducah.

“I don’t have a lot of money, but I have skills,” Evans said. “I have the ability to move this truck across the country.”

Heartland’s relief efforts shifted to rebuilding, with donated furniture and beds for those who found new places to live. But Glass said the church’s community spirit goes deeper than that.

The nonprofit, based in Danville, Va., uses donated equipment and volunteers to rebuild homes after disasters ranging from hurricanes to wildfires, said Chris Chiles, a staff member with the group.

Chiles led a convoy carrying about $1 million worth of heavy machinery, tree felling tools and a shower to Kentucky in January. God’s Pit Crew also brings in volunteers who counsel victims.

“There’s more healing going on with that than putting a tarp on their roof. They can sit down with someone and let them know someone cares about them,” Chiles said.

Bullock and her husband briefly considered leaving Dawson Springs or finding an existing home rather than rebuilding on their property, “but we lived in this house for 26 years and raised five children there.”

“It’s just home,” she said. “It didn’t feel right to be anywhere else.”