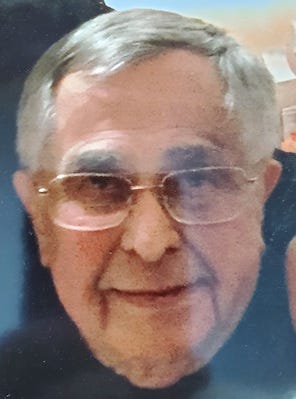 Wyckoff, NJ – James W. Van Blarcom, 91, born October 22, 1930, died at Valley Hospital, Ridgewood, NJ on Tuesday, April 26, 2022. Resident of Wyckoff, NJ since 1967. Beloved husband of Marianne Levenoskie Van Blarcom and on July 1, 2021, they celebrated 60 years of marriage together in Wyckoff, NJ. Cherished son of the late Cornelia and the late Wesley Van Blarcom. He grew up in Hawthorne, NJ, graduating from Hawthorne High School in 1948. James earned a Bachelor of Science in Engineering from Fairleigh Dickinson University in 1952. A U.S. Army veteran serving in the Korean War. He was first employed by Bendix Corporation, then worked for Gibbs & Cox Marine Engineering as a contract administrator until his retirement in 1994. His retirement years were spent traveling, particularly in the American West. They have hiked, skied, golfed and canoed in many places. He was an active member of the Adirondack Mountain Club and the NY/NJ Trail Conference. He and his wife maintained the Yellow-Triangle Trail in Harriman Park for many years. James is survived by his brother John (Jack) Van Blarson and his wife Susan, his niece Judy and his nephew Robert Van Blarcom, as well as many cousins ​​and friends.

The family will receive relatives and friends on Saturday, April 30, 2022 from 10:00 a.m. to 11:30 a.m. at Vander Plaat Funeral Home, 257 Godwin Ave, Wyckoff, NJ. A funeral service will be held at the funeral home at 11:30 a.m. Interment will follow at Wyckoff Reformed Church Cemetery in Wyckoff, NJ. In lieu of flowers, memorial contributions in his memory may be made to Paralyzed Veterans of America or the Bergen County Horse Rescue in Mahwah, NJ. For online condolences, visit www.vpfh.com

Posted in Record and Herald News