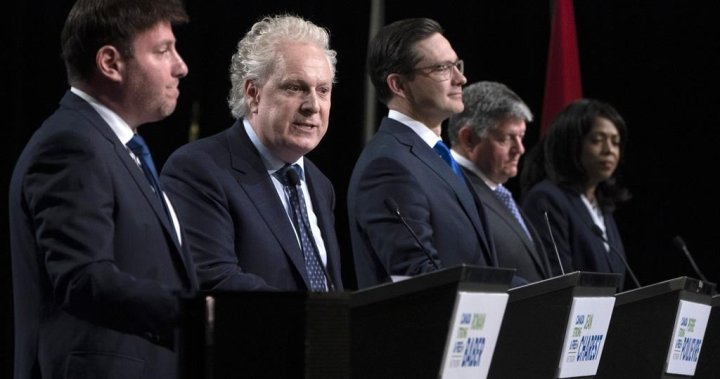 Fast, who co-chairs the campaign of former Quebec Premier Jean Charest, says the rivals will have to unite at the end of the race if the party hopes to defeat the ruling Liberals in the next election.

All of the candidates will appear in the first official leadership debate in Edmonton on Wednesday, with less than a month to sell party memberships to supporters they hope will vote for them.

She says the candidates on stage will likely focus on the fact that the level of support for Tory MP Pierre Poilievre will not reach 50% and launch attacks to slow his momentum.

A candidate must obtain a majority of support to be declared the winner when the ballots are counted on September 10.