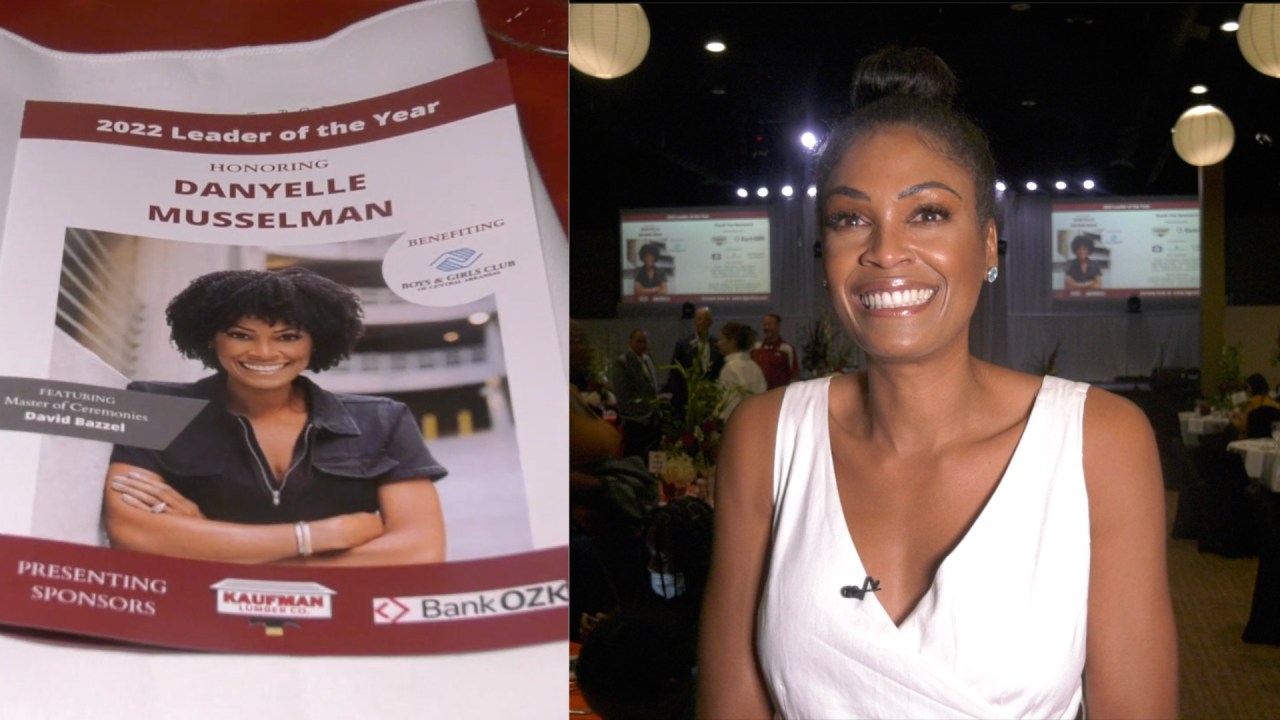 LITTLE ROCK OF THE NORTH, Arch. – On Thursday night, Danyelle Musselman was recognized in North Little Rock by the Boys and Girls Club of Central Arkansas naming her their leader of the year.

“I’m so humbled and honored,” Musselman said before speaking at the event. “The work I do isn’t necessarily for awards, so the fact that I even get an award for something I do just because I’m passionate about it is mind-blowing.”

The so-called first lady of basketball from Arkansas, Danyelle is the wife of Razorbacks head coach Eric Musselman. She has long worked in sports broadcasting, animation and reporting for many networks. Since then, she has committed her efforts to foundations like Coaches vs Cancer, Make-A-Wish and others.

“I realized what kind of platform my husband had as a college basketball coach,” Musselman said. “I use this platform to raise funds for different organizations. I work with fundraisers, I am on different boards and fundraising for cancer is something very important to me. My mother is a cancer survivor.

Danyelle and Eric Musselman share three children in Michael, Matthew and Mariah. She hopes to help inspire children and adults and looks forward to continuing her outreach in central Arkansas.

“I love traveling around the state,” Musselman said. “It’s really cool to be here in Little Rock because we have so many players on our team that come from this area. It’s almost like a second home for me since I started looking around and getting to know so many people.

Anticipation for the Razorbacks’ next basketball season is already high, as Arkansas is ESPN’s No. 1 team “way too soon” after bringing in the nation’s second class of signings. Danyelle shares this excitement after witnessing back-to-back Elite Eight trips.

“The future is so bright. I don’t want to spoil anything, but all I can say is I’m really excited for the basketball season.