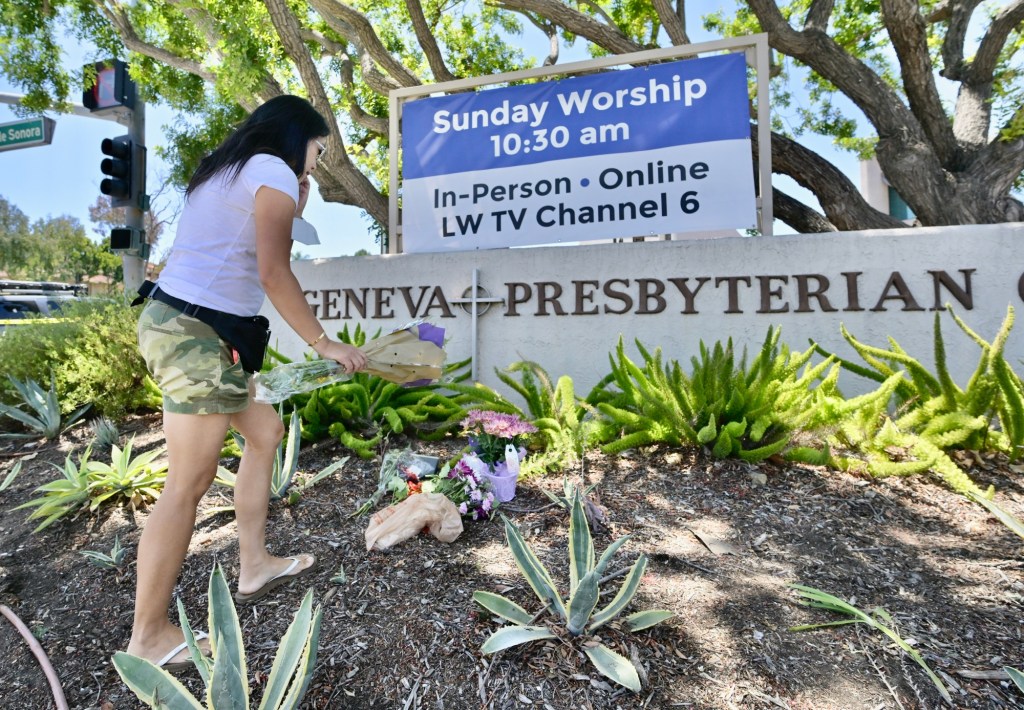 Members of the Taiwanese Presbyterian Church in Irvine, along with the Taiwanese community and local leaders, gathered Saturday, May 21 in Laguna Woods to thank community members for their prayers and condolences six days after a gunman opened fire inside the church, killing one person and injuring five. others.

The shooting was fueled by the shooter’s hatred of the Taiwanese people, officials said, especially in light of tensions between Taiwan and China. Speakers on Saturday condemned the violence and called for unity.

“We are on the mend,” Reverend Albany Lee said during a rainy late morning press conference at the Presbyterian Church in Geneva, where the Taiwanese church meets. “We asked a trauma specialist to help our surviving victims and their family members unload the grief and anger in their hearts.”

Lee also announced that congregations of the Taiwanese Presbyterian Church in Southern California are partnering with TPC congregations in Taiwan to raise funds for the children of Dr. John Cheng, 52, who, according to officials and witnesses, was killed while trying to thwart the gunman’s attack.

“We barely knew him, but he chose to give his own life to the people around him,” Lee said.

A GoFundMe account for Dr. Cheng’s family had raised more than $642,000 on Saturday afternoon.

In front of the church sign along El Toro Road, there were rows of flowers and pictures of Dr. Cheng.

ITPC was hosting an after-service banquet in honor of its former pastor, Reverend Billy Chang, on Sunday, May 15, when a man, later identified as David Wenwei Chou, 68, of Las Vegas, sealed the doors and opened fire.

Cheng, a doctor from Aliso Viejo, was killed as he charged Chou with trying to stop him from shooting into the crowd, Chang said a day after the attack.

Chang said some of the injured people were released from the hospital, while others had to stay pending possible medical procedures.

Authorities said Chou was motivated by tensions between China and Taiwan, citing notes found in his car that indicated a hatred for the Taiwanese people.

Chou mingled with the lunch crowd but surreptitiously used chains, a hammer, nails and Super Glue to secure the doors so none of the parishioners could get out, authorities said. He is also accused of planting four explosive devices, which authorities have described as “Molotov cocktails”, around the church.

But after Cheng charged him, parishioners grappled with Chou and tied him up with extension cords until deputies arrived, officials said.

Chou remains jailed without bail on one count of capital murder, five counts of attempted murder and four counts of unlawful possession of explosives, Orange County District Attorney Todd Spitzer said this week, adding that Chou would be eligible. the death penalty if the authorities decide to prosecute him.