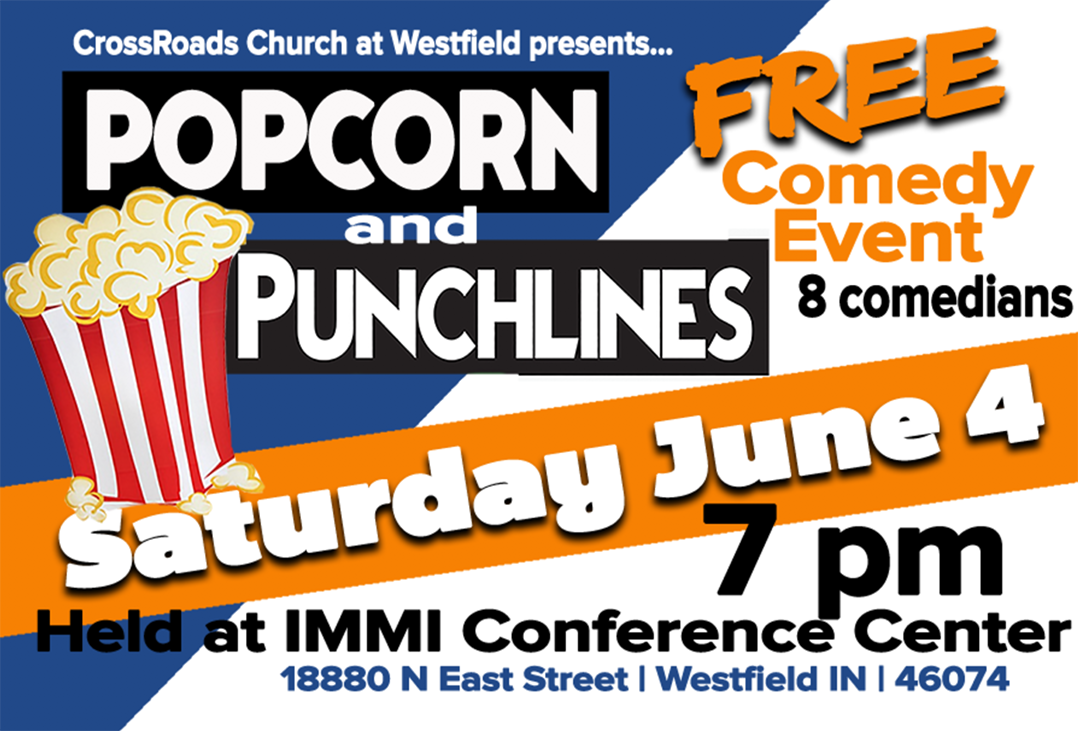 Rhonda Corey had such a great time performing on CrossRoads Church Westfield’s Pizza and Punchlines show that she asked CrossRoads senior pastor Eric Lohe if she could bring some friends.

Corey had previously participated in comedy sessions with CrossRoads twice, once virtually and once in person.

Corey, from Warwick, RI, and several comedians were coming to Indiana for the Christian Comedy Association conference June 6-8 in Franklin. So Corey invited some friends over to put on a first show.

“I wanted to put on a show for this church in Westfield because it’s such an amazing church,” Corey said. “They are such a great evangelistic church in their area. I wanted to help them give back to their neighborhood. Eric is such an amazing pastor of his church. The whole church loves people. I know their brand of comedy and I think why not get some of my friends together and put on a show.

Corey will be one of eight comedians from seven different states.

“We all donate our time,” said Corey, who expects the show to be around 90 minutes long. “It will be a fun time for us because we can be together and play together.”

Pizza and Punchlines takes place in February as part of CrossRoads’ For Our Neighbor program to meet and serve people in the community.