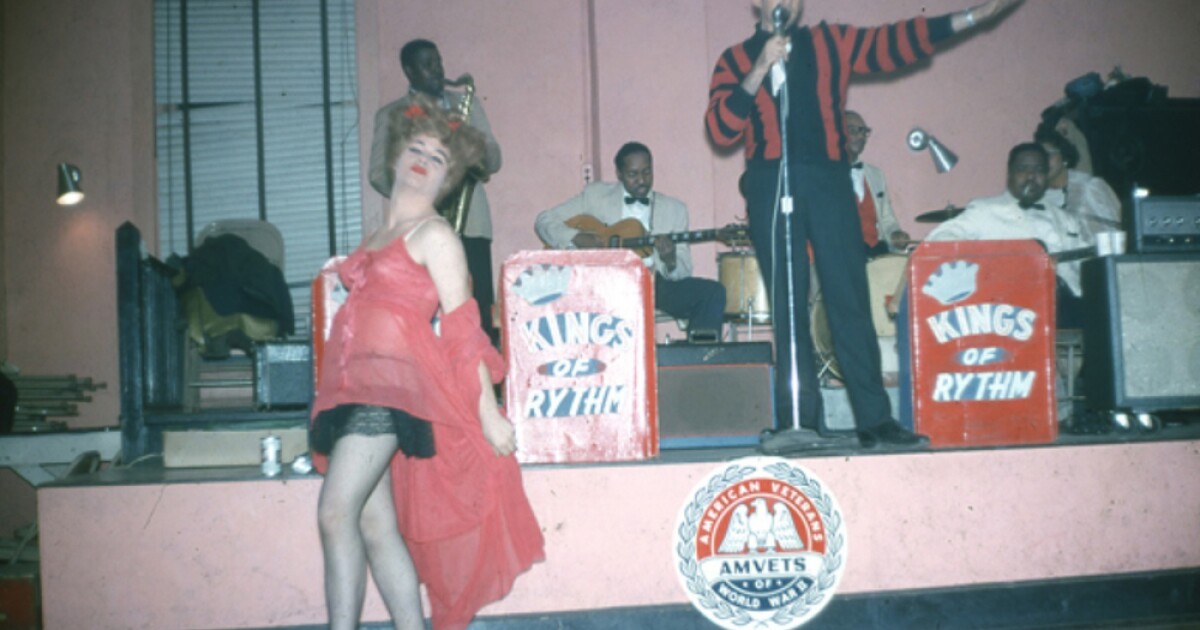 This story was first published in KCUR’s Creative Adventure newsletter. You can sign up to get stories like this delivered to your inbox every Tuesday.

As LGBTQ Pride Month kicks off, it’s a great time to celebrate all the ways Kansas City promotes LGBTQ equality.

But Pride Month is much more than a time when organizations and businesses celebrate the LGBTQ community. It is an opportunity to remember the resistance undertaken by groups that have long been marginalized by the dominant society.

Many people know that June marks the anniversary of the Stonewall Inn riots in New York in 1969. But what many people don’t know is that Kansas City played an important role in the “homophile movement”, the early gay rights movement that predated Stone Wall. In 1966, Kansas City hosted the first national homophile conference.

It was a time not so long ago when LGBTQ people couldn’t easily be “outside” in public. The latest episode of A People’s History of Kansas City details the efforts of local activists who worked to promote LGBTQ equality in Kansas City in the 1960s.

This Pride Month, commemorate that history with a self-guided tour of landmarks significant to Kansas City’s LGBTQ history, many of which have since disappeared. Some crucial points, however, have been commemorated through the efforts of activists.

While the 1950s is generally considered an intolerant time, Kansas City actually had an active gay bar scene around this time near Troost Avenue and Linwood Boulevard.

The Jewel Box hosted nightly performances by what they called “Female-Mimics”, commonly referred to as drag queens today. Any night in 1962, you could sip a mint grasshopper while watching dancer Terry Lee or comedian Skip Arnold perform in drag.

The club attracted a general audience, not just members of the LGBTQ community. The Jewel Box billed itself as “the most talked about nightclub in the Midwest.”

Stuart Hinds, the curator of the Gay and Lesbian Archives of Mid America (GLAMA) discussed the significance of the Jewel Box on KCUR’s Up to Date in June 2021. “It was incredibly popular with local audiences,” Hinds said. . “He was just a very visible icon of the LGBT community.”

The Jewel Box moved to a new location on 31st and Main Streets in the 1970s, and finally closed permanently in 1982.

Photos of the Kansas City drag scene of the 1950s-1960s, including at the Jewel Box, are available online at the Private birthday party website. KCUR also reported on the Private Birthday Party project in 2014.

Interestingly, the first national homophile conference was held in Kansas City in 1966. Kansas City was chosen as the site of the National Planning Conference of Homophile Organizations in part because of its central location.

The Phoenix Society plaque stands downtown at the conference site, at the corner of 12th and Wyandotte streets. It was dedicated on October 20, 2016 to mark the 50th anniversary of the conference. Thanks to the efforts of GLAMA in conjunction with the LGBT-KC organization, this important piece of Kansas City history has now been properly documented.

The marker also celebrates the Phoenix Society for Individual Freedom. Drew Shafer formed the group in 1966 following the national conference. Eventually, the group secured the Phoenix House, a community space near Troost Avenue and Linwood Boulevard where gay Kansas Citians could congregate.

The Phoenix Society also printed and distributed its own magazine, the Phoenix. He advertised local LGBTQ events and gathering spots, such as Hang Out, “a gay cafe” near 31st and McGee streets. The magazine also publicized national events relevant to the LGBTQ community and featured a recurring column written by Shafer’s mother.

You can browse digitized Phoenix issues online through UMKC.

In the 1980s, a group of radical lesbians created Womontown, an intentional community for women in the Longfellow neighborhood. Not every house in the neighborhood was owned by a Womontown resident, but at its peak there were 80 residents. Some of them had come from as far away as California.

There is no monument or plaque to commemorate Womontown. But if you walk between Cherry and Harrison on 31st through 25th Streets, you’ll find yourself at this lesser-known monument to Kansas City’s queer history.

More than a place to live, Womontown provided a sense of community through potlucks, social groups and a newsletter. At a time when lesbians faced social stigma and had difficulty finding housing, Womontown was a safe haven.

“Just having all that feminine energy. It was just life-affirming,” former Womontown resident Cyndi Moses said in the documentary.City of Womont.”

Listen to A People’s History of Kansas City to hear the voices of Womontown and an interview with Sandy Woodson about his recent documentary “Womontown.”

The Gay and Lesbian Archives of Central America

Housed in UMKC’s Miller Nichols Library at 800 E. 51st St., the GLAMA Archive contains collections donated by members of the area’s LGBTQ community. It is thanks to GLAMA and its curator Stuart Hinds that many of the stories here are available to the public.

At the GLAMA Archives, you can find ephemera—signs, brochures, newsletters, and flyers from LGBTQ organizations over the decades. There are photographs of bars, parties and drag events, and collections that chronicle the history of HIV/AIDS activism in Kansas City. Archives exist to preserve stories that until very recently were excluded from traditional archives and history books.

If you wish to visit the archives, you must request specific documents from the archival funds and make a research appointment — archival materials can only be viewed in person.

Fortunately, GLAMA also has a number of digital resources, such as this timeline of LGBT history in Kansas City. Browse the GLAMA website for other digital resources, including photographs and oral histories from members of the LGBTQ community.

Another prominent LGBTQ marker in Kansas City is the AIDS memorial at Trinity United Methodist Church in North Hyde Park. Located at 620 E. Armor Blvd., the church proclaims its inclusiveness through a painted rainbow sign in the front.

On the lawn near the east side of the building is a memorial dedicated in 2016 to “those who lived and died with AIDS and the Trinity congregation that cared for them, their memory and their legacy” .

At the time of its consecration, the church asserted that the marker was the only known AIDS memorial in the area.

If you want to know more about the history of HIV/AIDS in Kansas City, you can watch the documentary “The Ordinance Project”, directed by Austin R. Williams, on the GLAMA website.

The film tells the story of the local Kansas City chapter of the Aids Coalition to Unleash Power (ACTUP). It describes how the group worked from 1989 to 1993 to pass an ordinance prohibiting discrimination in housing and employment on the basis of sexual orientation and HIV status.