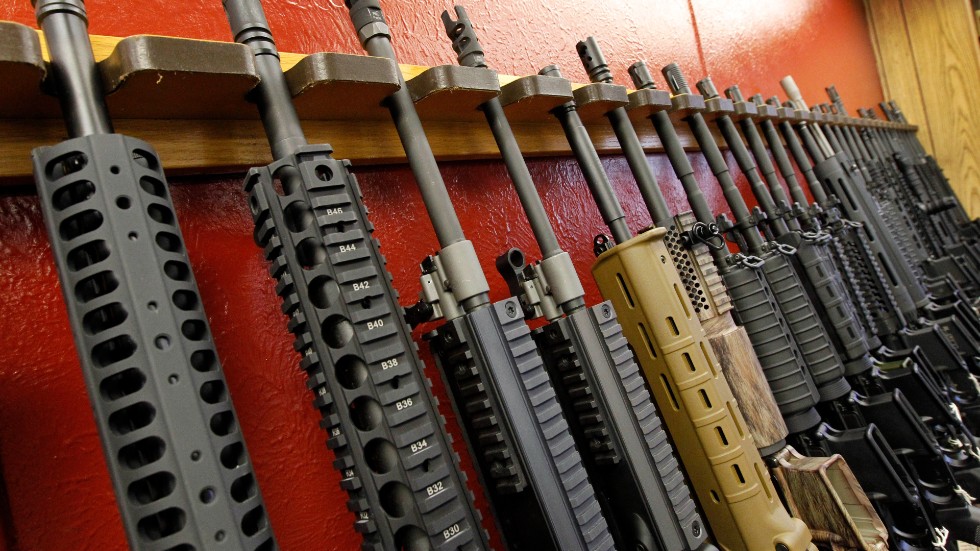 There is a legal doctrine of due diligence that could provide a key to improving gun control in America. For many years it has been applied to the transfer of dangerous dogs and explosives, but it is not generally applied to the sale of assault rifles and high capacity ammunition magazines. There is an opening here for gun control – an opening that can be pursued in court rather than in Congress: how can a dangerous dog, after all, be more of a threat to public safety than an assault rifle?

Applying this doctrine is not the slam dunk that logic would suggest. I know this from my own experience in seeking to apply it, but it holds tremendous potential that should be pursued, precisely because the logic is indisputable, regardless of politics. In the aftermath of so many mass shootings, how could a judge – or a politician, for that matter – dispute this logic?

This approach has the added benefit of not violating the Lawful Firearms Trade Protection Act, a federal law that limits liability lawsuits against gun manufacturers and dealers. The law does not expressly prohibit suits based on “negligent mission,” which it defines as an allegation that the seller should reasonably have known that the sale would likely create an unreasonable risk of physical injury. Notably, actual knowledge is not required; nor the certainty of injury. Facts indicating an unreasonable risk are sufficient.

After the 2012 mass shooting at Sandy Hook Elementary School in Newtown, Connecticut, I led a lawsuit filed by Trinity Church Wall Street in New York against Walmart seeking a shareholder vote on the issue of whether Walmart’s board should be required to exercise increased oversight over the sale. assault rifles and other particularly dangerous products. The federal district court ruled in our favor; the United States Court of Appeals for the Third Circuit reversed that decision. But, while our application for Supreme Court review was pending, Walmart decided to stop selling assault rifles.

Trinity Church also participated as a friend of the court in a lawsuit brought by the parents of the Sandy Hook victims. The plaintiffs’ lawsuit focused on marketing the Bushmaster AR-15 in a manner that would induce purchase for violent use. We focused on an additional premise: that the legal doctrine of negligent liability required due care when selling a particularly dangerous firearm such as the Bushmaster. A brief filed by a group of law professors supports this position.

The Connecticut Supreme Court debated the negligent retainer theory at length. He agreed that the doctrine applied to assault rifles and that the standard of conduct required was due care. However, in this case, the buyer was the shooter’s mother, and there is no evidence that the shooter ever threatened to harm himself or others. In accordance with common law procedure, the court did not decide whether, given different facts, an allegation that the mother knew of such threats would have made a difference. The court allowed the lawsuit to continue on the improper marketing claim and a $73 million settlement was the end result.

Opponents of increased care in the sale of assault rifles and high-capacity magazines might argue that Congress, rather than judges, should address this issue, but they should remember that vast bodies of law come under the “common law”, which is entirely made by judges and developed over time in the light of reason and experience. Tort law, the law of compensation for damages, is dictated almost entirely by judges, and this doctrine is part of tort law. Unlike federal judges, whose primary role is to enforce federal laws and the United States Constitution, state judges are common law judges who are constantly developing laws through the development of the common law.

The common law indicates that this would constitute a lack of care under the “ought to have known” standard of the negligent retainer to fail to confirm that a purchaser of explosives was trained in their safe storage and handling. Similar demands from the purchaser of an assault rifle or high capacity magazine should be demanded under the negligence due diligence standard: how will these items be safely stored? security ? Are there people who will have easy access to these items who have threatened to harm themselves or others? Why is the buyer confident that these items will only be used for lawful purposes?

The negligent retainer approach has other advantages. First, while claims based on marketing practices can be effective against manufacturers, who are generally liable for marketing, negligence claims are effective against gun retailers who are the last line of defense against buyers who may be prone to gun violence. In addition, a manufacturer could be held liable for negligent delegation by selling to distributors or retailers that it should have known had no protocol in place to prevent sales that might create an unreasonable risk of harm.

Second, the courts are the traditional guardians of the common law. Thus, legislative inaction would not be fatal to the pursuit of this reasonable gun control measure.

Third, this approach would increase the participation of insurance companies in monitoring the risk management practices of gun retailers. Insurance companies play a constructive role when their insurance decisions and pricing reflect the policyholder’s risk reduction program.

Will space suits delay NASA’s return to the moon until 2026? Florida is proof lawmakers can act after school shooting

It’s time to demand that assault rifles be treated with the same care as dangerous dogs. Who would claim otherwise?

Evan A. Davis, attorney, is a former attorney for New York Governor Mario Cuomo and served as President of the New York Bar Association (2000-2002).

Here’s how to find the right remote job