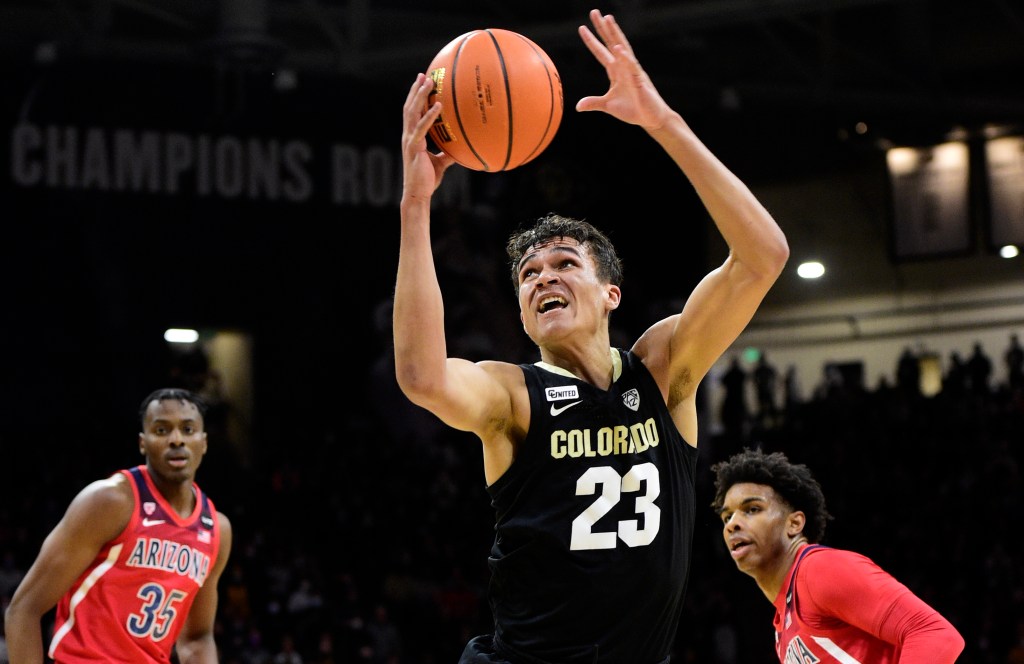 Colorado’s men’s basketball team will likely be somewhat overlooked once preseason predictions become more mainstream in a few months. There will be a good reason for this.

Pac-12 leading scorer and rebounder Jabari Walker is trying his luck with the NBA Draft next week. Evan Battey’s consistent and often inspired leadership is gone, as are his 12.4 points and 4.7 rebounds per game. The duo that served as the starting backcourt for most of the 2021-22 season, Elijah Parquet and Keesawn Barthelemy, will play elsewhere this fall.

Tristan da Silva is okay with being overlooked. There has been an overabundance of unfamiliar faces at CU’s recent summer workouts. However, the talents are not lacking.

“Absolutely,” da Silva said when asked if the Buffs were confident of competing for a top-four spot in the league again. “In the Pac-12, anyone can beat anyone. We just have to do our thing and be ready to move on.

The Buffs welcome five new scholarships to the roster, including freshmen Joe Hurlburt and RJ Smith, Yale transfer Jalen Gabbidon, Princeton transfer Ethan Wright and junior college transfer J’Vonne Hadley. This list does not include two players, Quincy Allen and Javon Ruffin, who are expected to join the mix after missing the entire 2021-22 season through injury.

Da Silva is on the other end of the spectrum, as it is, for this group of Buffs. No current player has recorded more games in a CU uniform than da Silva’s 55, and the continued development of Germany’s versatile striker will be a key part of any Buffs push next season.

“(Summer training) is important, just hang out with the guys and adapt to each other,” da Silva said. “Understanding what our game is and trying to make that chemistry work. The other guys coming in here are new to the system and all that. So starting early, I feel like that will give us an edge and take the pressure off our shoulders a bit when the season rolls around.

“Everyone is stepping up and I’m trying to be more vocal in the dressing room, on the pitch. Communication is a very important part of leadership, taking on that responsibility. Not just for me, but for the whole team.

Like many of his classmates, da Silva started last season a little slow while adjusting to his new role in the starting lineup. Although he missed two games in late January due to a bout with COVID, da Silva came on strong in the Pac-12 game. He finished the season averaging 9.4 points with .373 3-point percentage, but he averaged 10.3 points with an impressive .477 long-range mark in 18 Pac-12 games. This league total does not include da Silva’s 2-for-4 performance of 3 in two Pac-12 tournament games.

While da Silva went 0 for 5 from the arc in CU’s season-ending home loss to St. Bonaventure, his efforts nonetheless may have offered a glimpse of the full game the Buffs will likely have to sniff out on. support more next season. Despite the long-range struggles, da Silva went 5 for 5 on 2 points and 3 for 3 from the free throw line before finishing with a strong line of 13 points, five rebounds and four assists.

“We lost two of our best rebounders in Evan and Jabari. It’s definitely something,” da Silva said. “Besides scoring and sharing the ball, it’s a place where we have to step up. There’s a certain responsibility for everyone in certain things, and the rebound is definitely part of that.