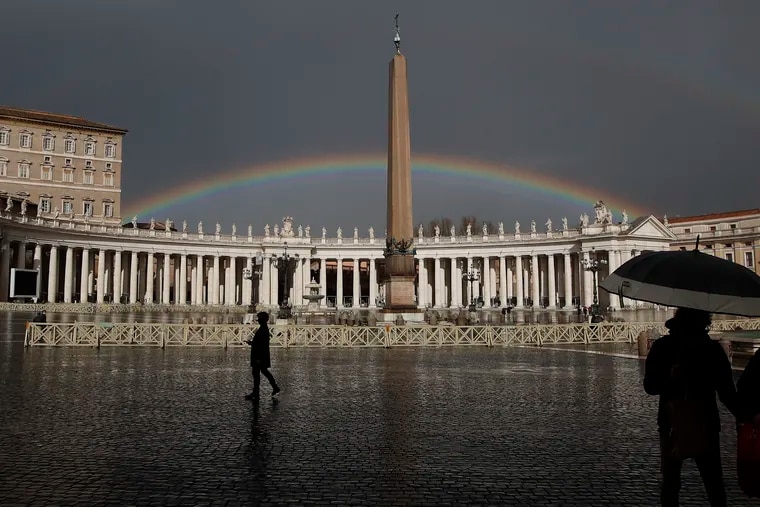 I am a gay Catholic. I can’t say if the church thinks that’s right.

Earlier this month, a A mass was offered to celebrate the union of a same-sex male couple in Bologna, Italy. On the same day, the bishop of the diocese of Worcester, Massachusetts, banned high school from identifying as Catholic because he displayed a rainbow flag during pride month.

Catholicism is engaged in an internal war for the future of its LGBTQ members. Gay Catholics can either embrace the Pride celebration or stay as far away as possible. They can see a brighter, more welcoming future – or hear about their doom to hell for indulging in intimate acts.

In 2013, Pope Francis said, “If someone is gay and seeks the Lord, who am I to judge? This quotation was the start of a new era in how the Vatican discussed the Catholic gay population.

In the wake of the Pulse shootings in 2016, Father James Martin – a Philadelphian by birth and a Jesuit by practice – shaped an international ministry to sexual minorities, first through his response to the massacre (declaring in a video message that the Catholics had tobe in strong and public solidarity” with the LGBT community), then writing the game plan to do it with his book Build a bridge. In the years following the book’s publication, Martin expanded the ministry to include international speaking engagements, a website, and a national conference. Martin’s ministry has received the blessing of Pope Franciswho praises his pastoral zeal and his desire to be close to the people.

So the church is progressing, isn’t it?

Well, maybe not. Another large contingent of church leaders have stepped up public attacks on the gay community in the wake of the Supreme Court Oberefell decision in 2015, which legalized civil gay marriage. Pride celebrations, in particular, have been a source of outrage, with many Catholic leaders calling such events inappropriate. Bishop Thomas Tobin of Providence, RI said these gatherings engage in “promote a culture contrary to the Catholic faith.”

Taking things a step further, the group Catholic Vote recently embarked on a nationwide campaign titled “Hide the pridein an effort to “verify” all LGBTQ-related books in public libraries to prevent children from reading them.

Corners of church leadership contribute to the aggressive, often threatening dialogue. Church Militant, a lay apostolate that claims to present the news “through an authentic Catholic lens,” refers to Fr. Martin as a “Jesuit pushing for sodomy”, while Life Site News is currently asking readers to sign a petition telling the Secretary of Defense that Pride month weakens our country.

Still, there are reasons to be cautiously optimistic. The Cardinal of Munich approved bless same-sex unions. Luxembourg Cardinal Jean-Claude Hollerich called for a change in church teaching on homosexuality earlier this year, specifically saying the church’s assessment of same-sex relationships as a sin was incorrect. The recent elevation of San Diego Bishop Robert McElroy to cardinal in May puts one of America’s most gay-friendly bishops in a position to shape policy and elect the next pope. And the Catholic Theological Society of America, the largest professional society of theologians in the world, this month released a statement calling on church leaders and government officials to reconsider any political positions that may have contributed to LGBTQ hatred.

Here in Philadelphia, a change in leadership could create a more receptive ear to the needs of LGBTQ Catholics. Archbishop Nelson Pérez recently spoke with a group of gay Catholics to discuss how the church could better hear and respond to their needs. Such an assembly, and more importantly a demonstrated willingness to listen, represents a different approach than the former leaders of the Philadelphia church.

So what’s the backyard gay Catholic variety supposed to make of these mixed signals and conflicting voices? I myself have struggled with this question. Perhaps the best answer is to let the discussion unfold, to watch and, above all, to speak at the local level. By taking this conversation publicly, we can only hope for a more welcoming place at the table and a re-examination of the traditional approach to ministry with gay Catholics.

Karl Miller is active in both faith and politics in Chester County. His writing has appeared in America Magazine, the Philadelphia Inquirer and Catholic Philly.

The Importance of Trustworthy Leadership