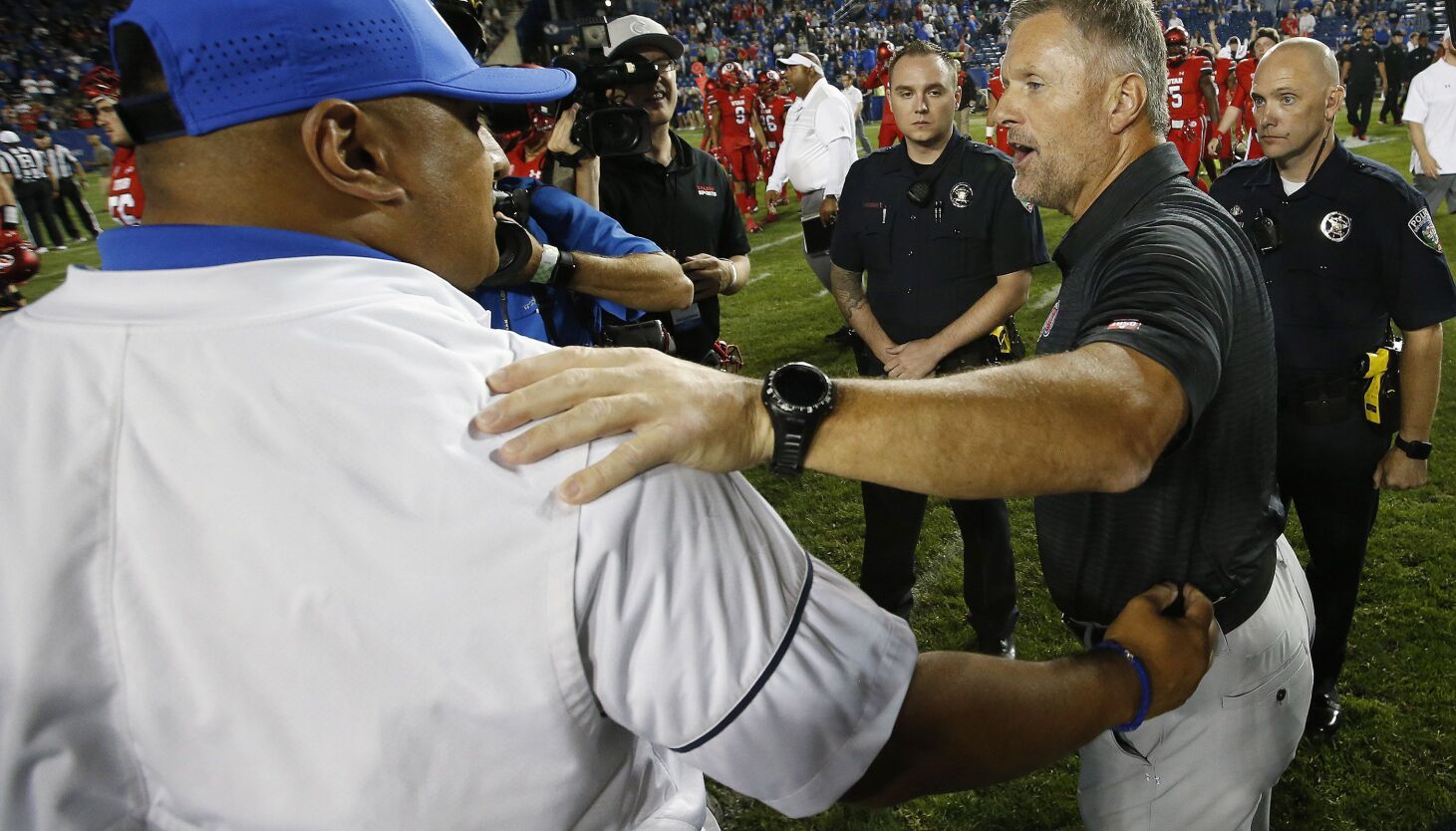 BYU and Utah, together again? Just like it was meant to be | Opinion

Despite their best efforts, BYU and Utah could get back together.

If and when the Big 12 votes to admit the Utes, after the once mighty Pac-12 crumbles like a house of cards, the love-hate relationship will come full circle. The two rivals, connected at the hip in history, could well reunite as conference foes as early as 2024.

The way it could work gives credence to how it had to be.

Brigham Young, President of The Church of Jesus Christ of Latter-day Saints, established the University of Utah in 1850 in Salt Lake City. He founded BYU in Provo in 1875. Utah was to be a state-run, state-funded secular institution, while BYU remained the private property of the church.

Administratively, BYU and Utah share a much closer relationship than fans care to admit, or even know. But on the competition field, like two insecure brothers of close age, they have always been fiery. In fact, they sometimes even argue about which brother is older?

The first BYU-Utah baseball game, in 1895, ended in a bench clearance fight. A year later, in the first football game, or practice scrimmage as BYU calls it, the fans battled against each other.

Despite the bold start, the years have been good for both programs, with the ebb and flow of wins and losses producing a flurry of spectacular moments.

For Utah fans looking to finally get a “one-up” on BYU since the 1984 Cougars National Championship and 1990 Heisman Trophy winner, this was it. They shouted from the rooftops — and with BYU in their rearview mirror, some even questioned the need to keep playing the Cougars.

BYU fans reacted by defending past glories and touting the occasional upheaval on the independent front. But it was a long-term debate that they knew they couldn’t win. Even BYU football coaches admitted that Utes’ Power Five status was a recruiting dagger they used frequently to convince a kid considering both schools.

Bronco Mendenhall and Kalani Sitake fought this unfair fight for 11 seasons until the Big 12 called and invited the Cougars to join the conference on July 1, 2023. BYU celebrated leveling the playing field with Utah , including full access to all that college football. offers, both competitive and financial. Some on the BYU side even questioned the need to continue playing the Utes.

Utah fans were quick to point out that the only reason BYU was high was because Texas and Oklahoma were going to the SEC, and losing those bluebloods would dilute the Big 12 and keep it well below the titanic vessel of the Pac-12.

Their position certainly had merit. However, in a profound twist of irony, a phone call like the one that rocked the Big 12, came to the Pac-12.

Longtime partners USC and UCLA, the foundation of the conference, abruptly announced they were leaving to join the Big Ten and before the Pac-12 could schedule an emergency Zoom call, Trojans and Bruins were elected as new members.

Like hitting an iceberg in the Atlantic, the Pac-12, once considered unsinkable, began to take on water.

Suddenly it was the Utes jostling for a life jacket and a lifeboat and while many Cougars fans seemed supportive and empathetic, others were celebrating and reiterating the idea that “what goes, comes back.” .

The Utes found themselves with a wide anticipation of potential Big Ten, SEC, Big 12 memberships, an injured Pac-10, or being relegated to a non-Power Five conference with the G5 status it once held as that member of the mountain west with the likes of UNLV and Utah State.

How quickly things can change.

Seizing the moment to further cement its grip as an emerging super conference, the Big 12, including BYU, plans to extend the arm of the fraternity to others, including Utah.

As new commissioner Brett Yormark said at Big 12 Football Media Day on Wednesday, “The Big 12 is open for business” and “exploring all options.”

Once the dust settles, the Utes, and possibly up to five other Pac-12 teams, could join the Big 12 in time for the 2024 football season — a year after BYU, Houston, Central Florida and Cincinnati have become members.

Is BYU helping save Utah? Cougar fans will say yes, even though they know it’s overkill. But what the meeting won’t do is stop each rival from trying to outdo the other. They cannot help themselves. The ever-present effort to belittle, discredit or disrespect has been the B-12 firing that has kept football’s rivalry vibrant and growing, and at times exhausting.

When Utah advances in the Pac-12, BYU fans notice how weak the conference is.

When Zach Wilson wins the No. 2 overall pick in the 2021 NFL Draft, Ute fans attribute a pandemic-plagued season.

When Utah celebrates its first Pac-12 championship, BYU fans point out that the Cougars not only beat the Utes, but beat all five Pac-12 foes they faced in the 2021 season.

When Utah fans brag about finally reaching the Rose Bowl, Cougar fans note that Ohio State played without 24 scholarship players and still ran 683 yards on offense to win the game.

Now that the two programs seem destined to be back under the same roof, the debate over whether they should face off each year on Thanksgiving weekend should be a moot point. Despite their best efforts, the Cougars and Utes could be back together — almost like they were meant to be.

To quote my mother, and just about every mother who raised boys at home – “stop fighting your brother and play nice!”

Like the pioneer trek across the plains led by Brigham Young, the road has not been easy to get here. Still, the famous saying of the founder of both universities certainly fits the moment – for BYU and Utah, the Big 12 “is the right place.”

The deal isn’t done, but if it does, imagine the mega battles to come as the Cougars and Utes fight for more than bragging rights. A match at the end of November for the Big 12 championship? It’s a far cry from their rivalry in the WAC, Mountain West and whatever we call it for the past 12 years.

Yes, despite their best efforts, BYU and Utah could get back together — a notion that once seemed as far-fetched as USC and UCLA leaving the Pac-12 for the Big Ten.

Dave McCann is a contributor to Deseret News and is the studio host for “After Further Review”, co-host of “Countdown to Kickoff” and the “Postgame Show”, and play-by-play announcer for BYUtv.

Why Intergroup Dialogue Should Be Part of Every K-12 School