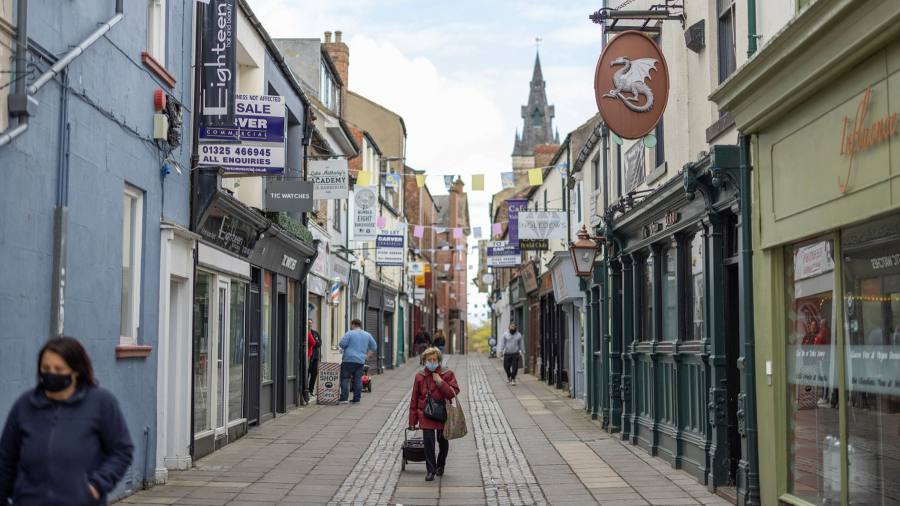 A chasm separates the Tory leadership race from the public

The writer is the UK director of More in Common

As those vying to be our next Prime Minister set out their positions on gender, corporation tax and the European Court of Human Rights last week, I was busy talking to voters about very different. These can be summarized as follows: how they could afford to spend the winter.

That the public thinks politicians speak a different language to them is nothing new. But the contrast between the issues dominating the Conservative contest and what participants in our focus groups in the constituencies of Altrincham in Cheshire and Rother Valley in South Yorkshire wanted to talk about could not have been starker.

Right now the candidates are pitching to 358 Conservative MPs, who frankly aren’t that normal. They are both more politically engaged with niche topics and, as research by Alan Wager and others shows, far more to the right economically than the average voter. Just 5% of Tory MPs agree there is one law for the rich and one for the poor, against an overwhelming majority of 72% of voters.

The race will soon pass to members to choose from the final two contenders. Will we then see a conversation that better reflects the concerns of the country? Well, don’t hold your breath. A snapshot of UK Conservative members is certainly not representative – as Tim Bale’s research has shownthey are 86% middle class, 97% white and 71% male, with an average age of 57.

Perhaps then, once the new leader has managed to get himself elected by this unrepresentative group, will he be able to make a unifying speech to the electorate? Still, our research shows that it won’t be easy.

The electoral coalition that gave the Conservatives their 80-seat majority in 2019 is made up of four blocks of different voters. We’ve dubbed the one that most closely resembles the Conservatives’ Backbone Conservatives: They’re in the Bag. Seventy-nine percent supported the Conservatives in 2019 and 76 percent would do so again. The second group, dubbed the Disengaged Traditionalists, are unlikely to cross over to Labor but may not vote at all.

Then comes the tricky part – balancing the two sides of the conservative coalition which often looks in opposite directions. Established Liberals are the only remaining voting segment of the Conservative coalition and have fallen from 49% support for the Conservatives in 2017 to just 37% today. Economically right-wing and socially liberal, they find the culture wars alienating and dislike, for example, Rwanda’s policy for asylum seekers.

On the other side are the Loyal Nationals, who dramatically shifted to the Conservatives in 2019 with 56% support. After Partygate, only 38% remain. Socially conservative and economically statist, 75% strongly agree that the world is becoming increasingly dangerous. The refugees’ Channel crossings are a major problem for them. These two groups are therefore not ideological bedfellows.

Three things brought Tory voters together in 2019 – exhaustion with the Brexit debates, the threat of Jeremy Corbyn and, yes, the personal appeal of Boris Johnson. None apply now.

But some threads bring together the conservative base. First, all consider the cost of living to be the main problem facing the country. Second, segments of the conservative vote like the idea of ​​a patriotic national mission both at home and abroad — from leveling off to supporting Ukraine. And then there’s climate change – 73% of established Liberals and loyal nationals want to see the UK achieve net zero emissions. Supporting this goal isn’t just good science, it’s smart policy.

The next Conservative leader will face a daunting challenge if he wants to keep the Conservative coalition together. Last week’s red meat was the easy part – the challenge now is to find ground that the whole Tory family can follow.

Ask SAM: What is the ‘engine’ attached to the Robinhood Road bridge? | Local News