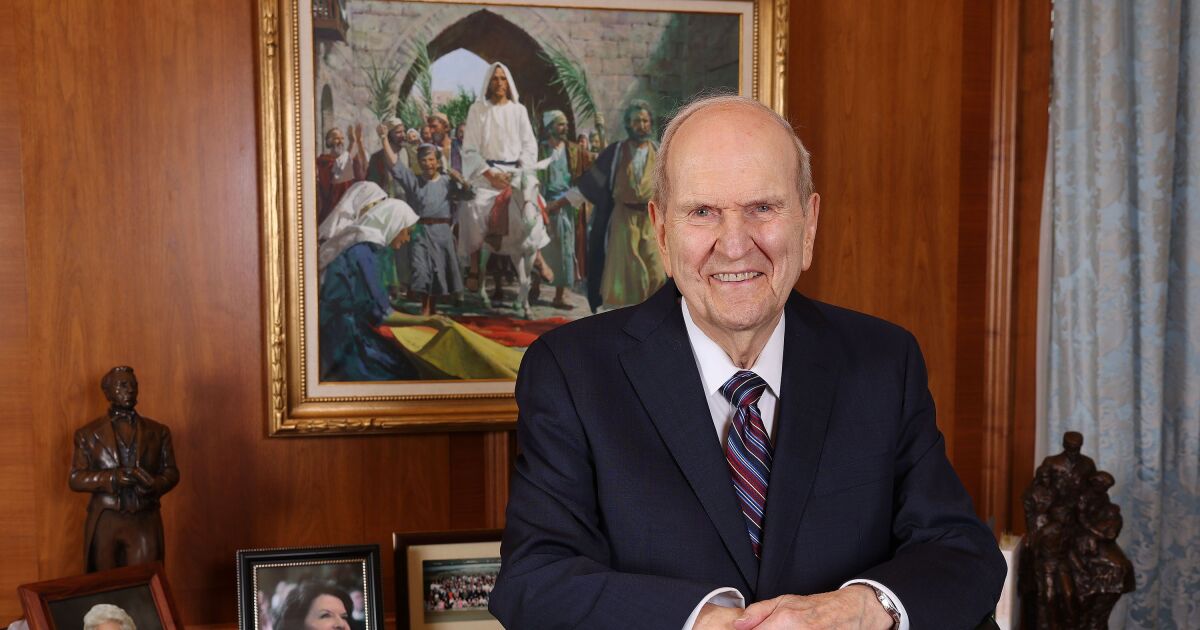 On February 11, 1975, Belle Smith Spafford spoke to a group of Brigham Young University students. Delighted to be introduced as a “young woman”, Sister Spafford, then in her 80s, recalled receive a call of the National Council of Women. She was asked to accept an appointment as a delegate to an international meeting in Paris.

“I thought, ‘Before I agree to this, I should check with one of the members of the First Presidency,’” she recalled. “So I called the president [N. Eldon] Tanner and said, “I have an invitation to serve as a delegate, and I don’t think I should accept it because and because and because.” I had a number of very good reasons, I thought.

President Tanner listened intently and then replied, “You know, I think you’d take advantage of your opportunities while you’re still young.

Like so many others in the Church, she dedicated every living breath to the Lord.

President Gordon B. Hinckley, leader of the Church until his death at age 97, was asked about the ages of key Church leaders in an interview broadcast April 7, 1996, with Mike Wallace of CBS’ 60 Minutes.

“Some people say, ‘It’s a gerontocracy. It is a church run by old men,” Wallace said.

“Isn’t it wonderful to have at your head a mature man, a man of judgment who is not carried away by all the winds of doctrine? said President Hinckley.

“Absolutely, as long as he’s not stupid,” Wallace said.

“Thank you for the compliment,” President Hinckley joked.

On Thursday, April 14, 2022, President Russell M. Nelson passed President Hinckley as the senior president of The Church of Jesus Christ of Latter-day Saints.

President Nelson took a brief moment to pose for a photo in his office a day earlier. The photograph itself is extraordinary, as President Nelson has made us all think that his service in his 10th decade is ordinary.

In his four-and-a-half years as President of the Church, President Nelson traveled 185,000 miles in 35 countries on six continents—meeting government and religious leaders and Latter-day Saints in settings large and small. — and led the Church through the COVID-19 pandemic, acting instead through video conferences and online broadcasts. Ask Latter-day Saints to gather Israel on both sides of the veilPresident Nelson announced 100 new temples, including 17 at the recent general conference in April 2022. And in December 2020, he became a great-great-grandfather.

He will celebrate his 98th birthday on September 9.

This month, President Dallin H. Oaks also celebrates a milestone. The First Counselor of the First Presidency turns 90 on August 12.

Two days later, President Nelson, President Oaks, and President Henry B. Eyring will all participate in the rededication of the Washington DC Temple.

Then, in May 2023, President Eyring, Second Counselor in the First Presidency, will celebrate his 90th birthday.

Additionally, President M. Russell Ballard, Acting President of the Quorum of the Twelve Apostles, will turn 94 on October 8.

I rarely look at our leaders and their active service without fear. It’s not What they’re doing well in their 10th decade which calms me down – that’s Why.

At a celebration marking President Nelson’s 95th birthday in 2019, he shared his testimony of Jesus Christ and His restored Church.

“If I have learned something certain in [my life]is that Jesus the Christ is the Son of God,” he said. “His Church has been restored in these last days to prepare the world for His Second Coming. He is the light and the life of the world. Only through him can we achieve our divine destiny and eventual exaltation.

Last month, President Oaks and his wife, Sister Kristen Oaks, traveled to Rome, Italy to address the Notre Dame Religious Freedom Summit. He gave a keynote address and participated in other sessions of the conference. When conference attendees toured the Vatican Museum and the Sistine Chapel, President and Sister Oaks went there too, walking a considerable distance. They returned from Rome and immediately went to a family reunion.

I suspect that President Oaks spoke to President Nelson before accepting the invitation to travel to Italy to speak about religious liberty.

“You know,” he might have said, “I should think you’d take advantage of your opportunities while you’re still young.”