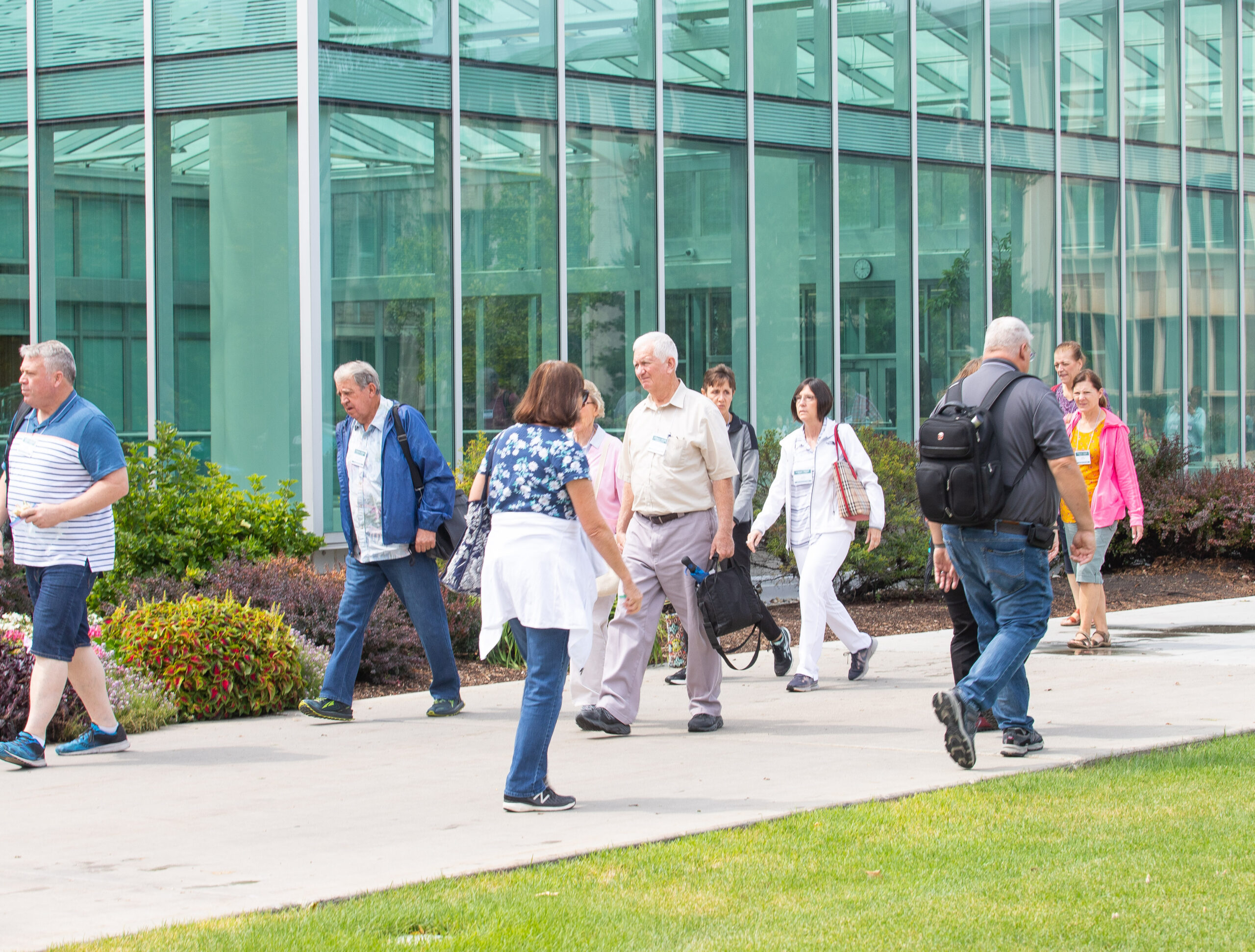 Education week celebrates 100 years of drawing thousands of attendees to BYU’s campus to learn about a variety of topics each summer. The conference will run from August 15-19 and will feature just under 900 courses.

Education Week, originally called “Leadership Week”, began in January 1922 as a program focused on training and teaching people about ecclesiastical matters as well as other subjects.

In 1963, BYU decided to turn the leadership program into a conference open to anyone who wanted to attend.

‘We don’t have any big celebrations or anything planned because our main focus is on offering classes,’ Education Week program administrator Bruce Payne said when asked about the anniversary. of the conference. “We put some pictures in the booklet to give an idea of ​​the history for people who come but there are no big parties or celebrations, the courtyards are the reason people come here.”

Payne explained how preparations for Education Week usually begin in September after the conference is over and all program organizers have received feedback on the most recent session. After a thorough evaluation, they determine which speakers they wish to include and what topics should be covered for the next conference.

“We keep tabs on attendance and check to see if a class is starting to end in a particular area,” Payne said. “Yet we still have classes on certain subjects such as temple and family history or finances.”

Lori Steadman, a BYU teacher and children’s book author, is one of this year’s Education Week presenters.

Steadman explained how she applied to teach at Education Week and how she prepared for her lecture series on understanding the power of finding, writing and sharing family stories.

“I applied three years ago, and it’s actually quite a long process,” Steadman said. “I had to give a very detailed outline, which had to be approved and had to follow church policies and be helpful to people attending the conference.”

Steadman also explained how she prepared to give her lecture series by going to the building where she will be presenting, practicing out loud and talking to people familiar with the subject.

“Each class is 55 minutes long, which is tricky because it’s not a class where there’s a lot of interaction, and it’s more of a lecture,” Steadman said. “There’s not as much audience participation, so you have to make sure you time it right.”

New to this conference is the first class offered in a language other than English: BYU Professor Mara L. Garcia’s lecture on the importance of education for the Latter-day Saint and her family.

“Last year we reached out to a few presenters who could have given a lesson in a different language, but it didn’t work out,” Payne said. “When Sister Garcia let us know she was interested in giving her presentation in Spanish, we were very excited because we want to reach as many people as possible.”

Payne also expressed the Education Week Committee’s desire to expand the courses offered to other languages, but that remains a plan for the future.

Participation in Education Week is available for adults and youth 14+ and ticket prices range from $22 to $87.

Parking for the conference will only be available at specific lots on campus, which are within the next card.

A variety of dining venues will be available for Education Week attendees. Some of the more popular options are the Cannon Center, the Creamery on Ninth, and the Cougareat located in the Wilkinson Student Center.